My next unit for my Art 7 classes is a sculpture unit.  In trying to keep the whining at bay, I tried to come up with simple projects that anyone could excel at or go above and beyond if they chose to do so.  I have two projects up my sleeve and one group research project planned for this unit.

The first portion of this unit was to create gesture sculptures out of wire.  After taking notes about the different sculpting techniques (carving, assembling, modeling, and casting), I had students practice gesture drawings using my art mannequins.  I had students work in groups of 3 with one mannequin, positioning it into a posture with movement.  Students then had to do one final drawing in their sketchbook of a figure doing something that shows movement.  Students were then told to bring in a base for homework to put their sculpture on.

The sculpture part itself took two days.  I gave each student a long piece of aluminum wire, probably about 10 feet of wire, and told them they had to create a figure with that piece without cutting it.  A few really struggled in the beginning, but I felt this was simple enough that they should be able to problem-solve how to do this.  In the end, even one student who fought me about wanting to cut the wire managed to complete his sculpture and was extremely proud of himself.

After the students created their sculpture, they had to attach it to their base.  Many painted their base to go along with their sculptures, which earned them more points on the creativity aspect of the rubric. 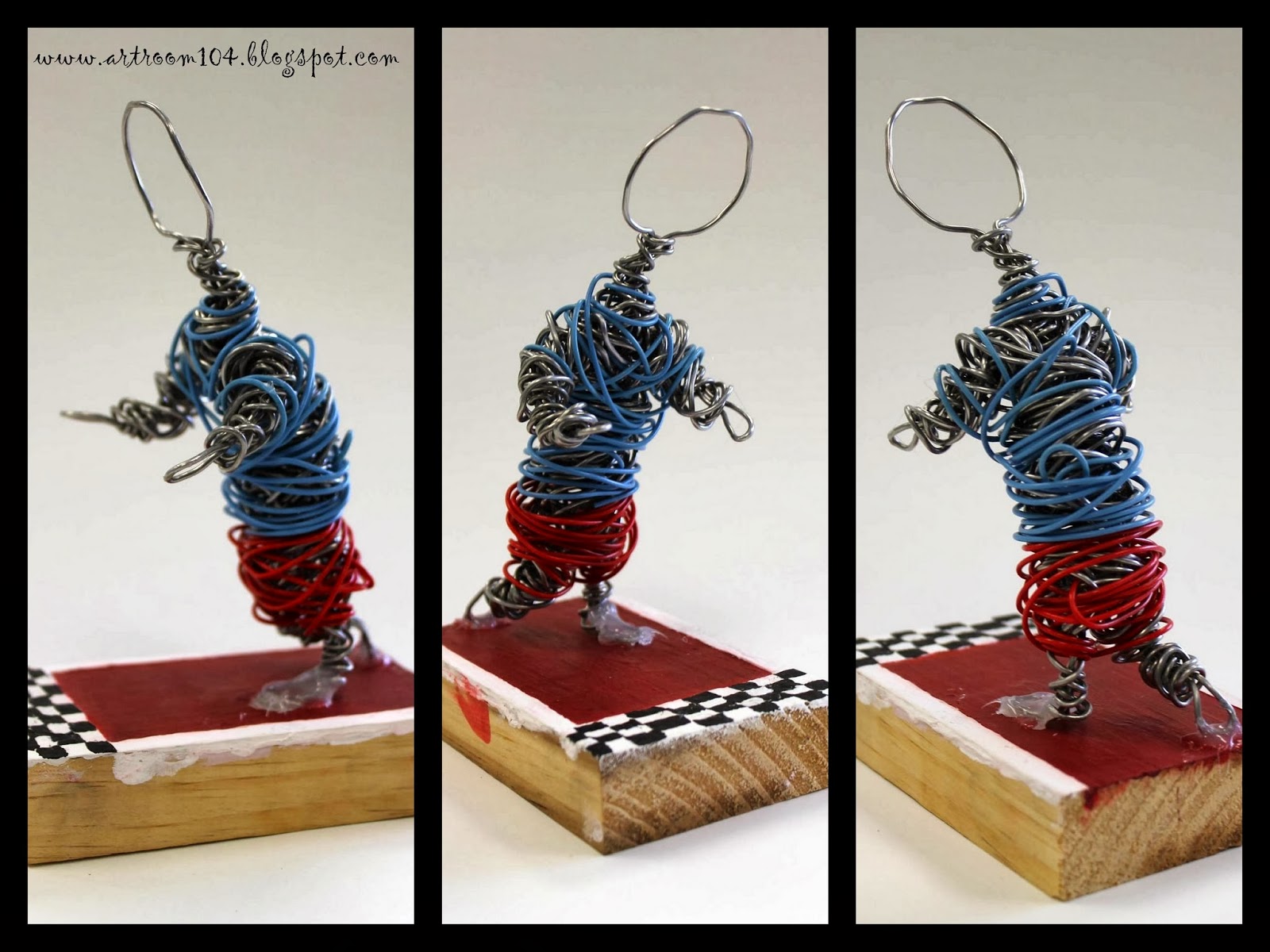 This one is one of my favorites!  I think the pose and lean in the figure really makes it feel like its running! 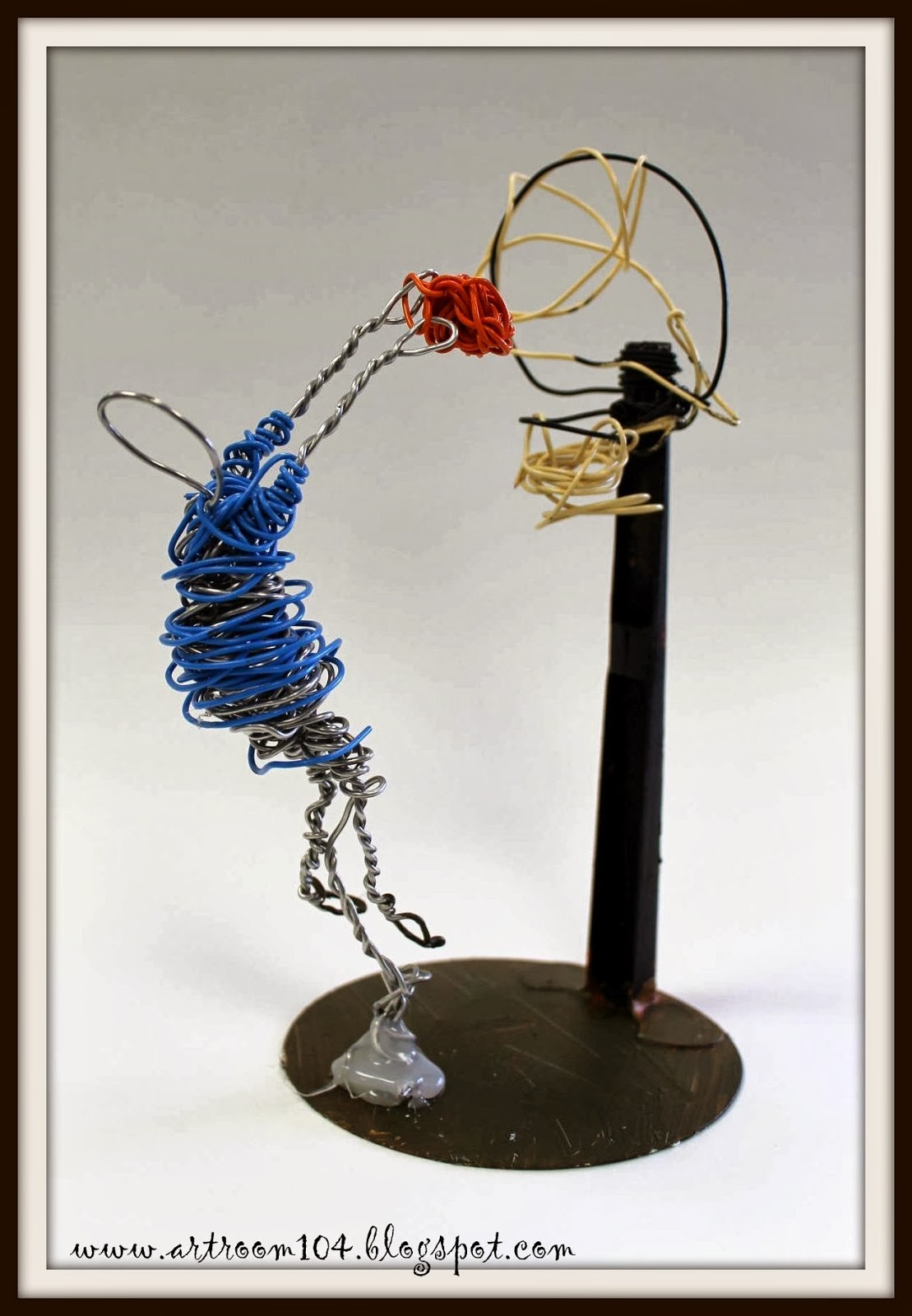 Another one of my favorites...this person was probably the most creative with their base! 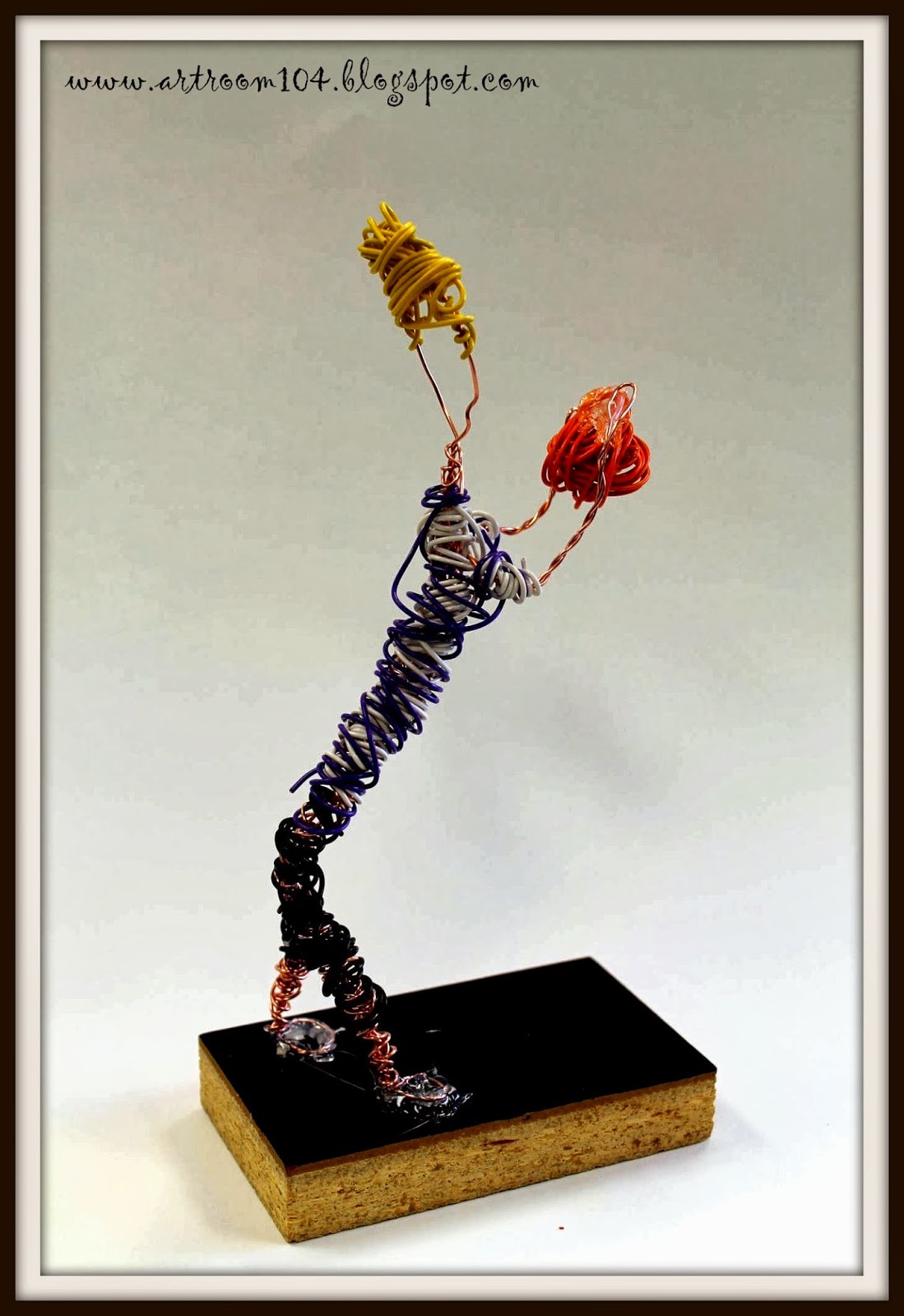 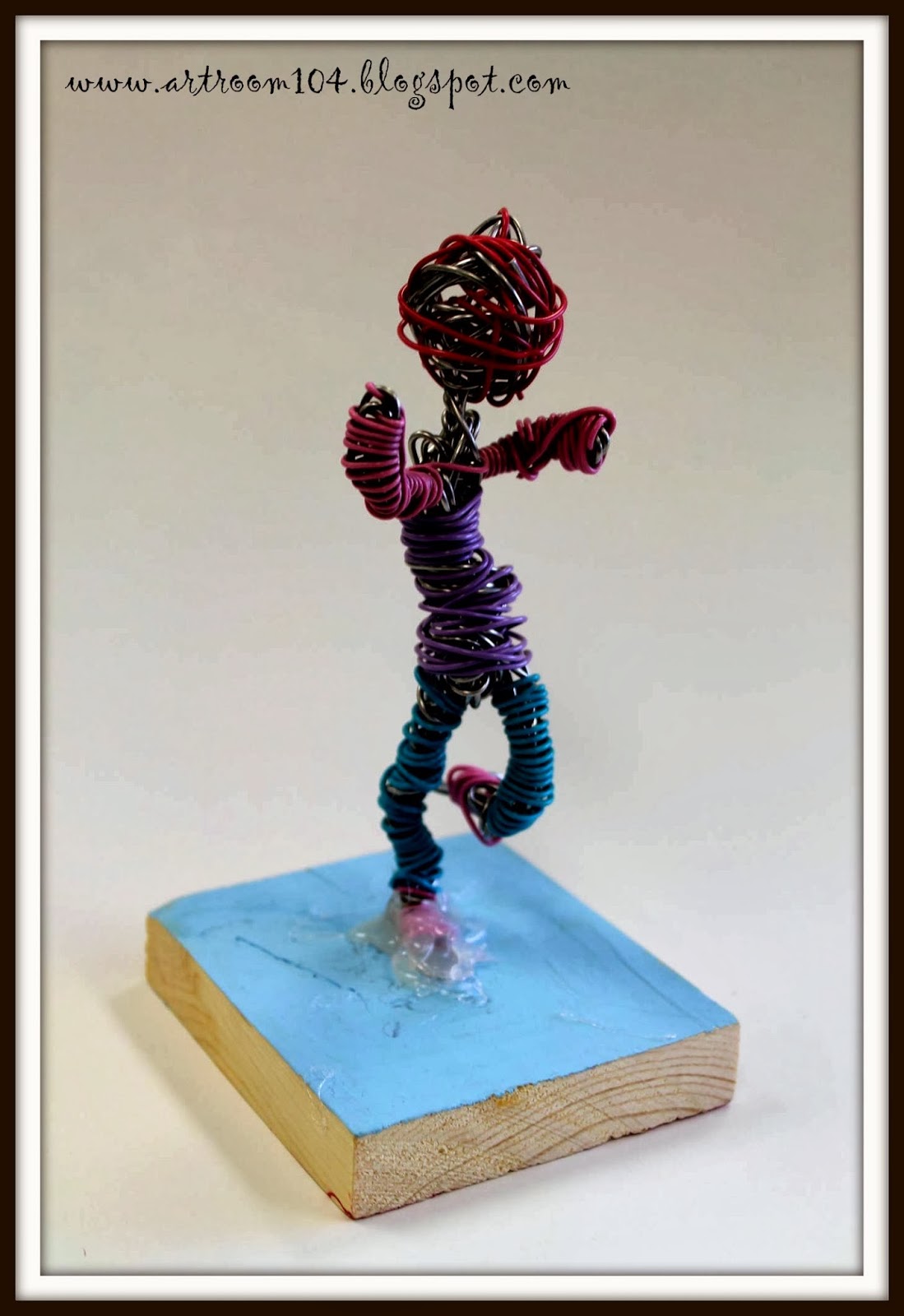 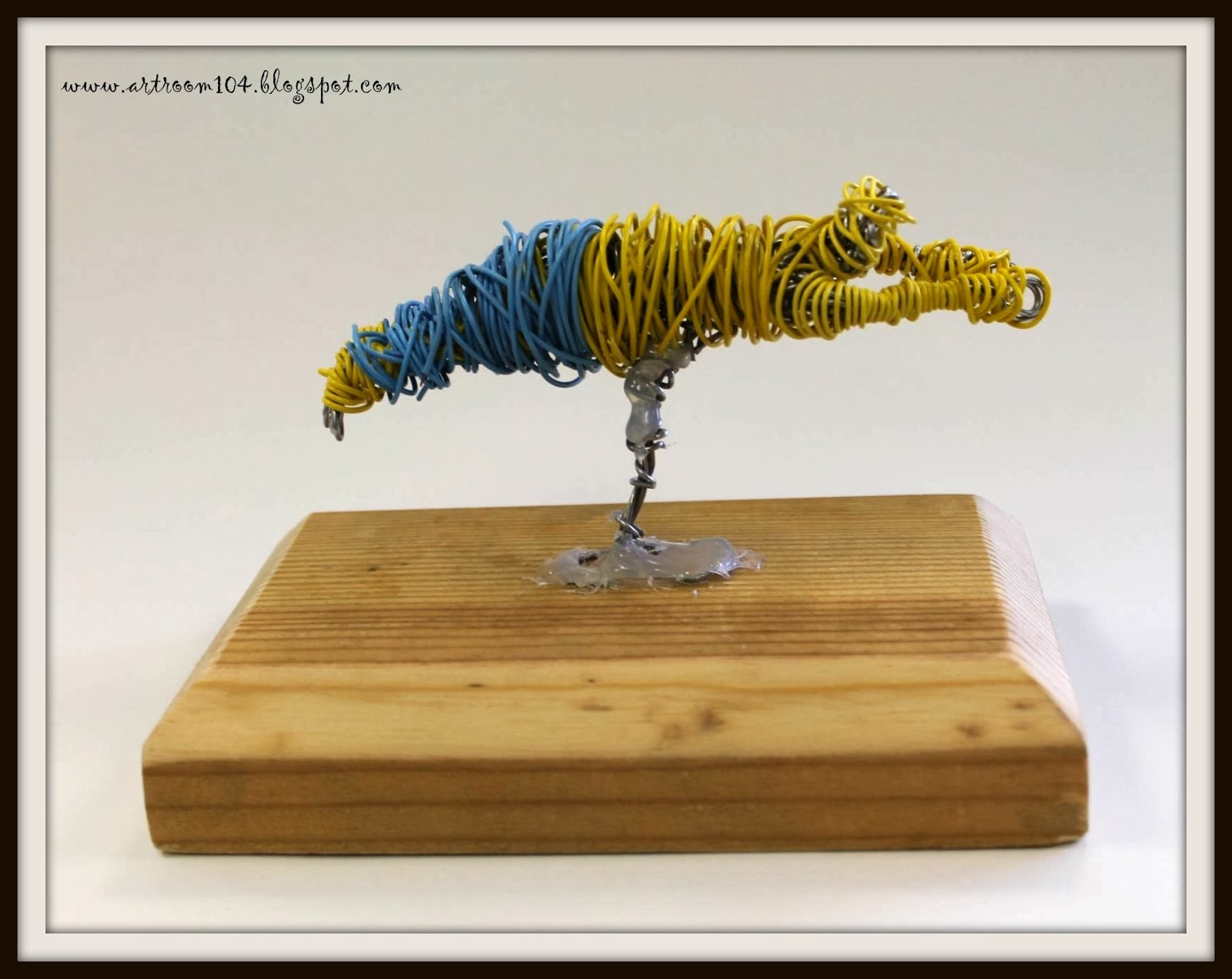 This one is supposed to be a diver...just wish the person would have painted the base to look like a pool! 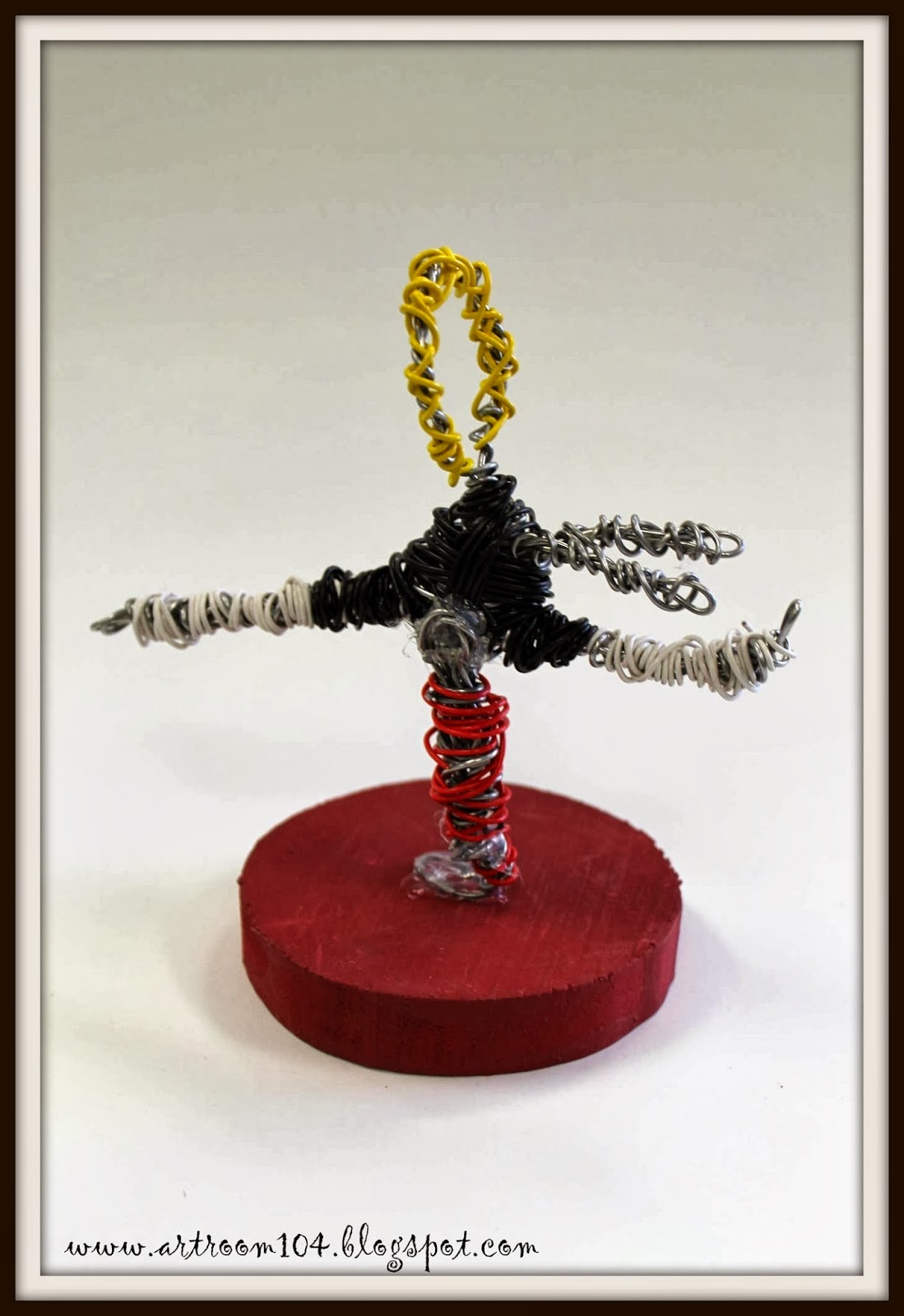 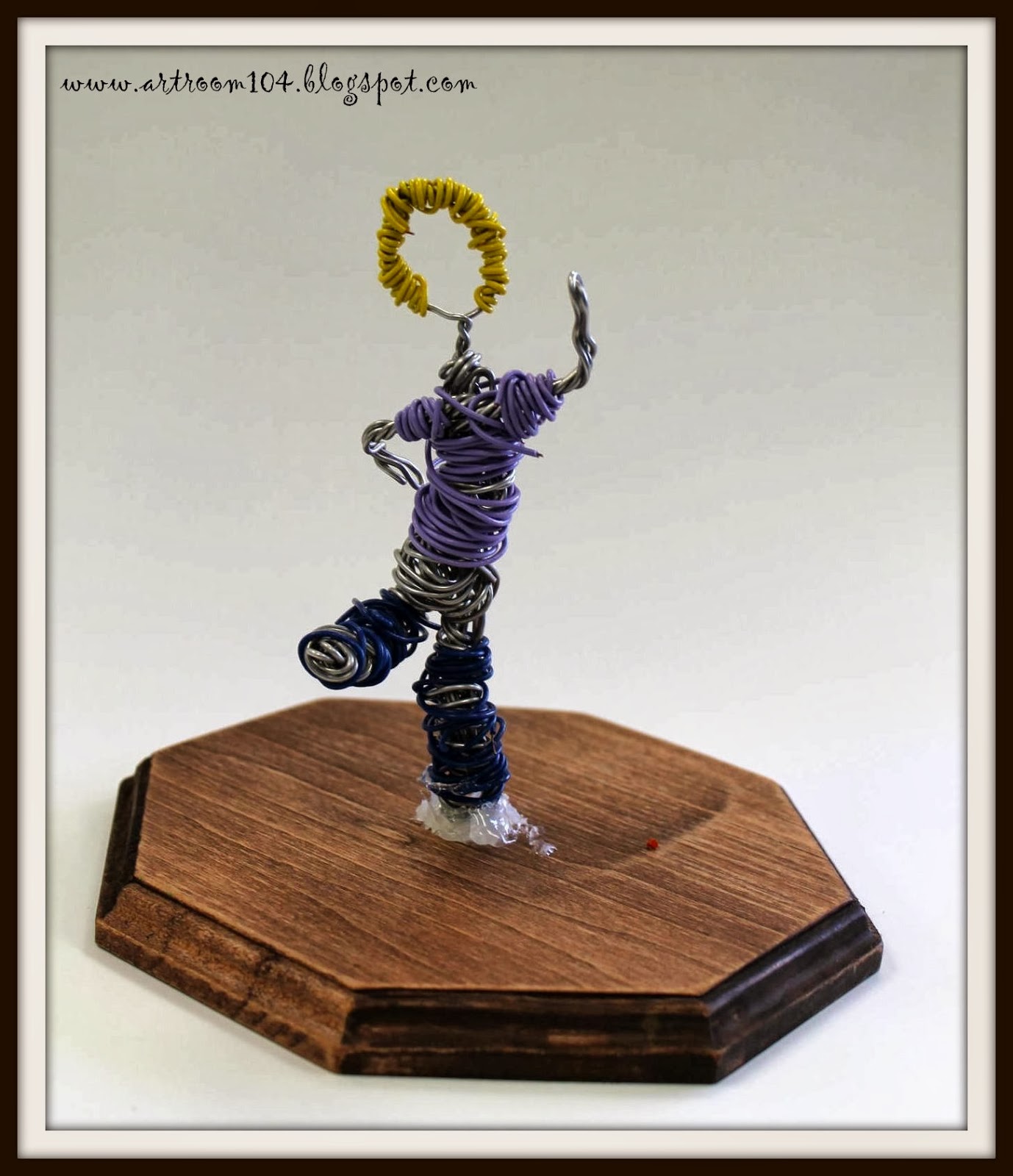 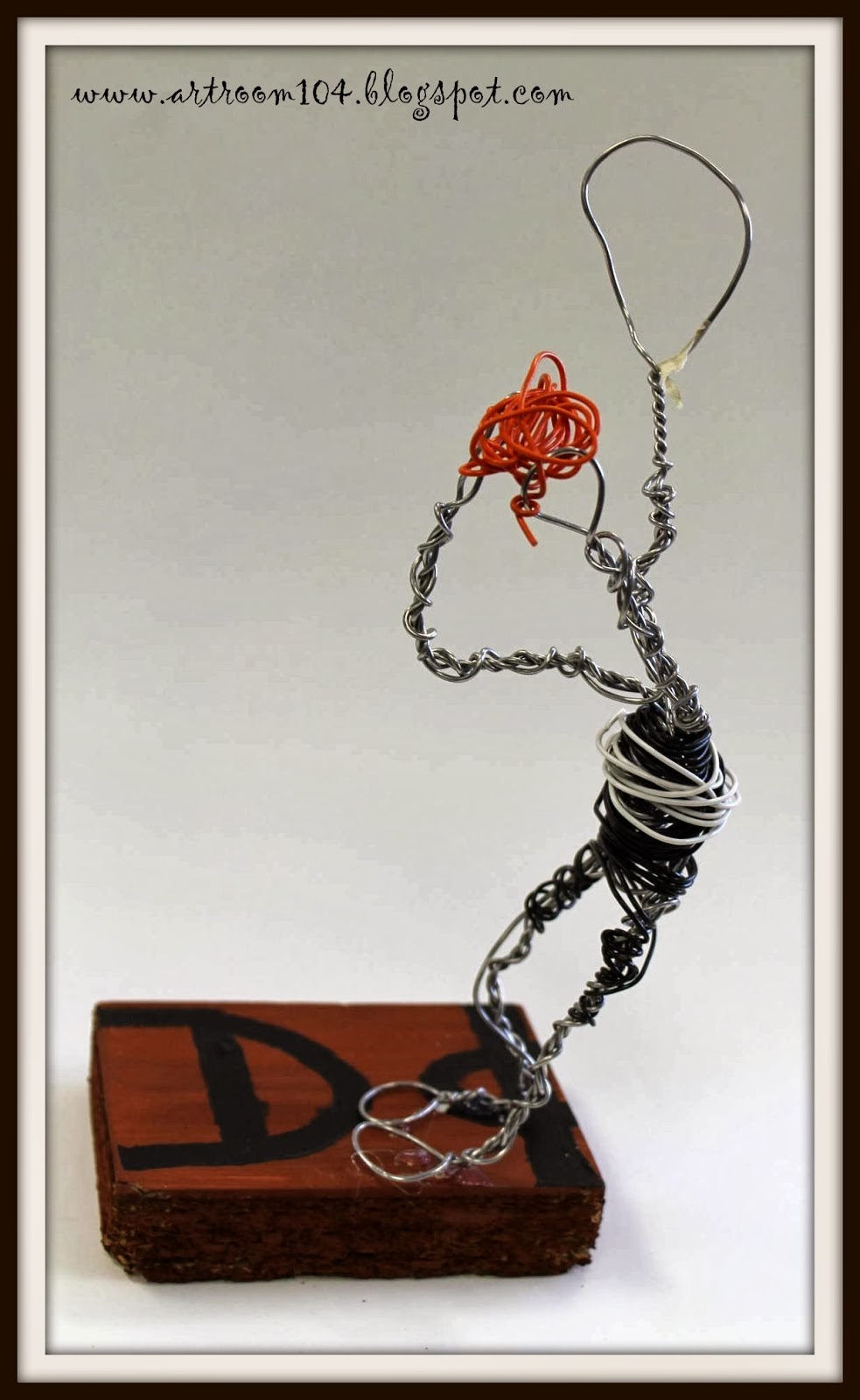 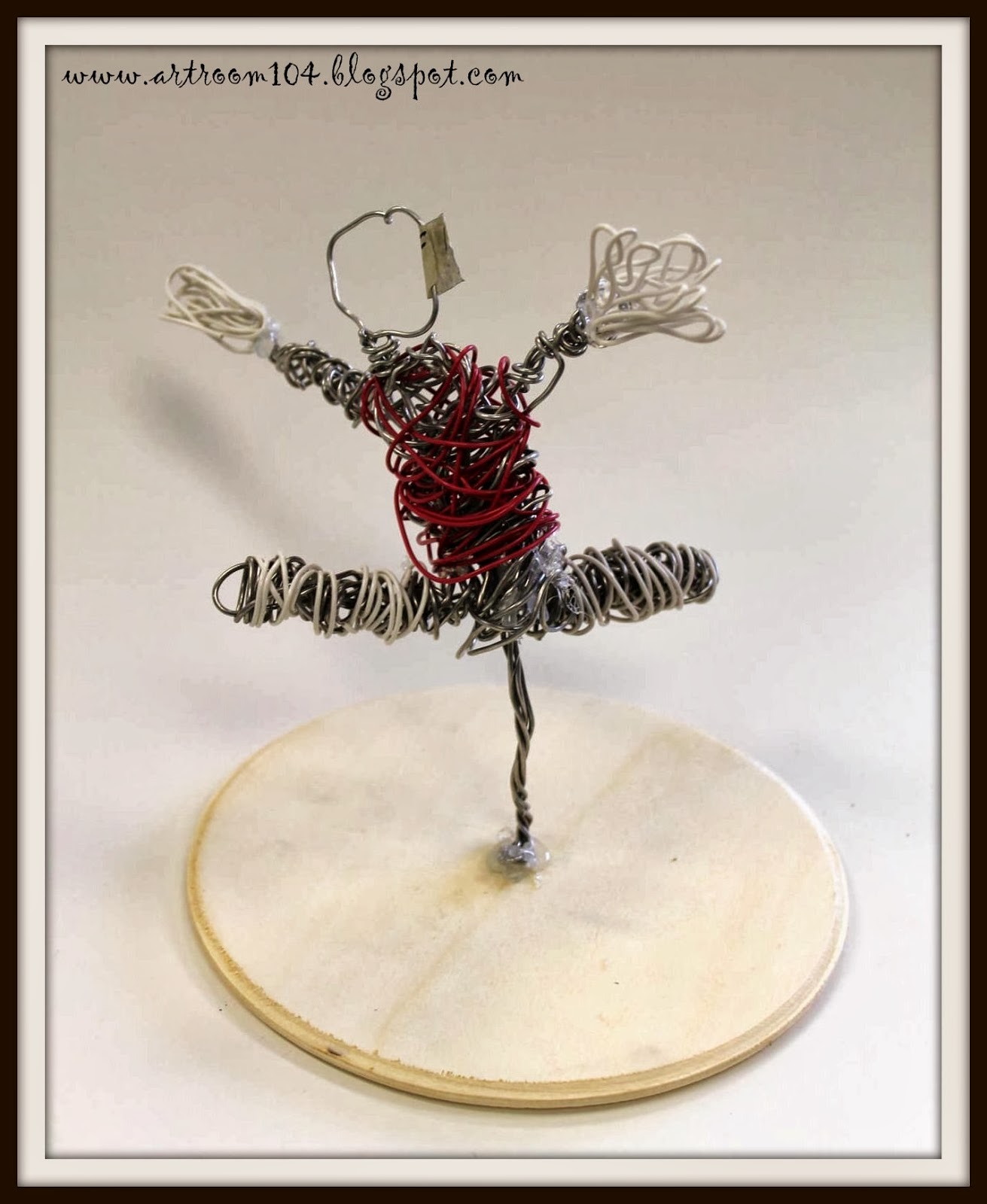 Love the headphones and arm bands on this runner! 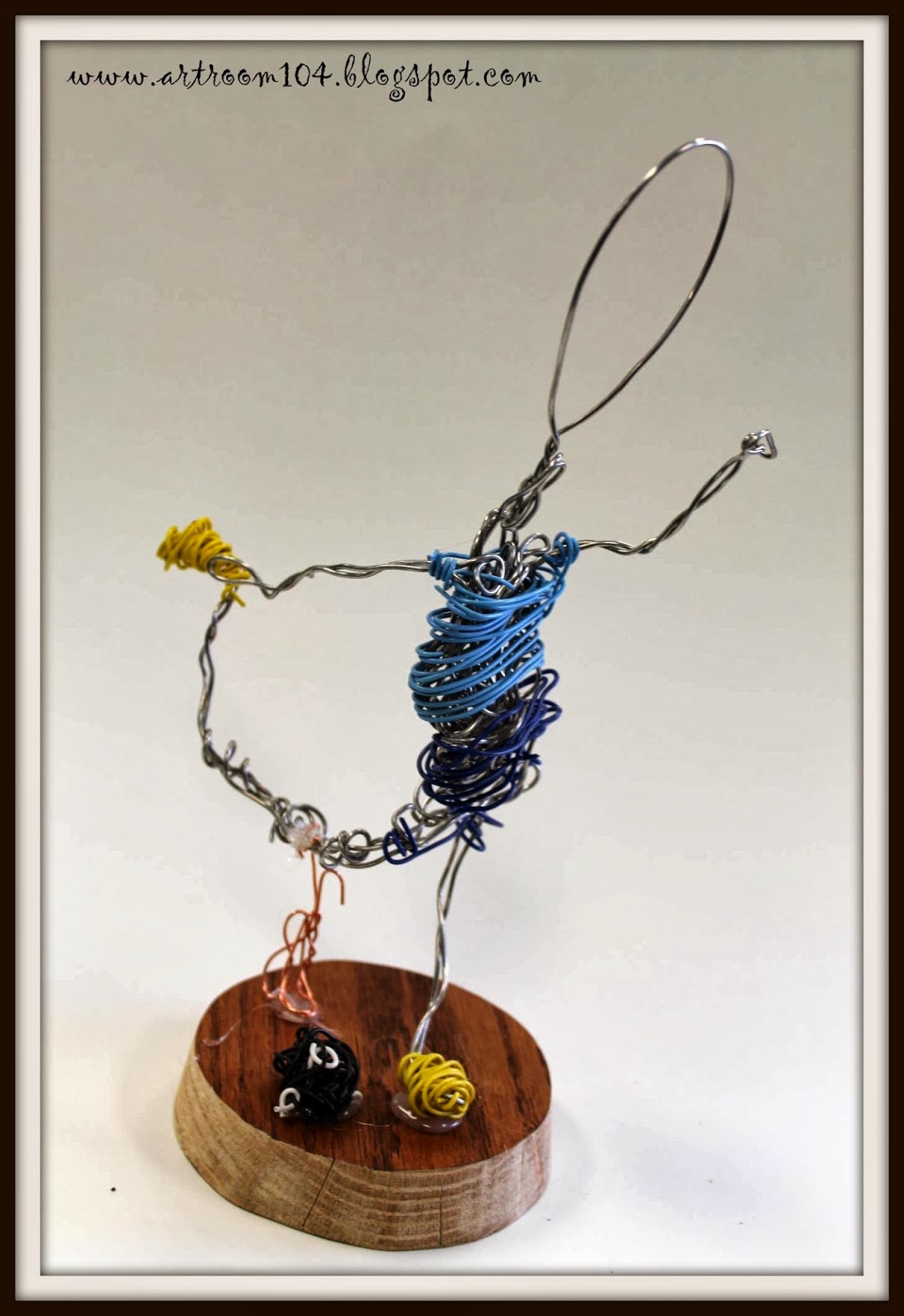 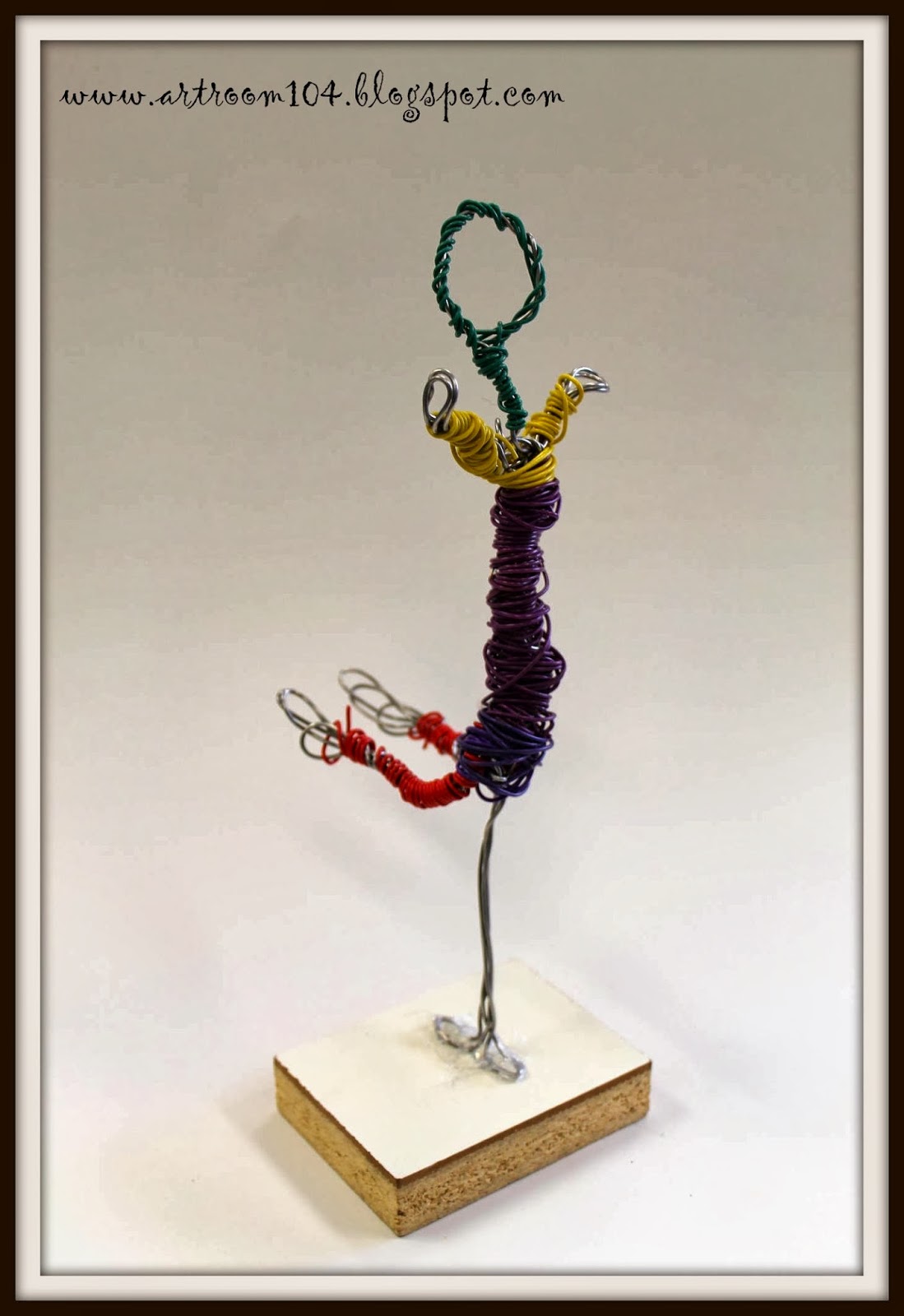 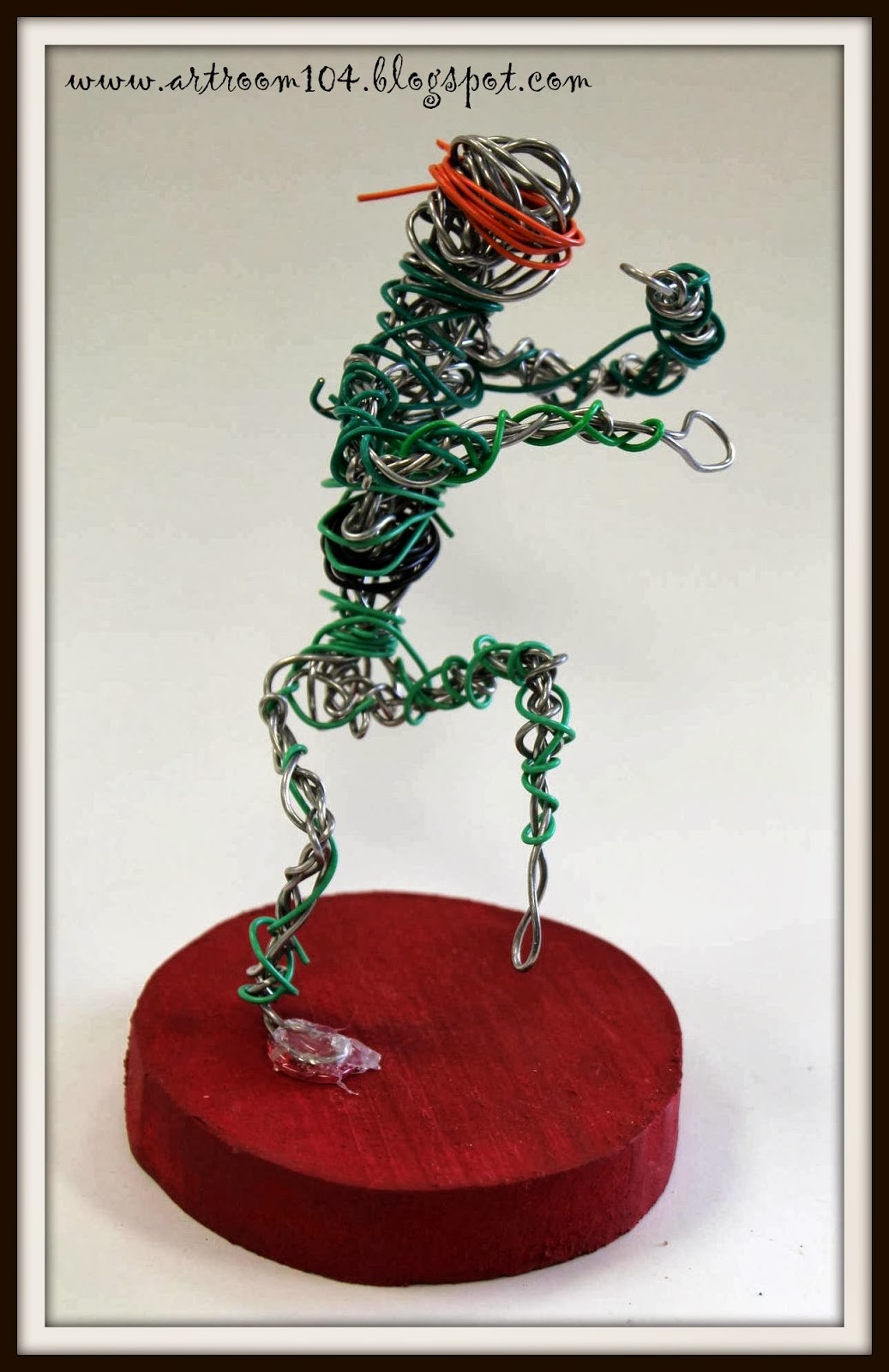 This sculpture was the most creative in pose and in what it was doing...love it! 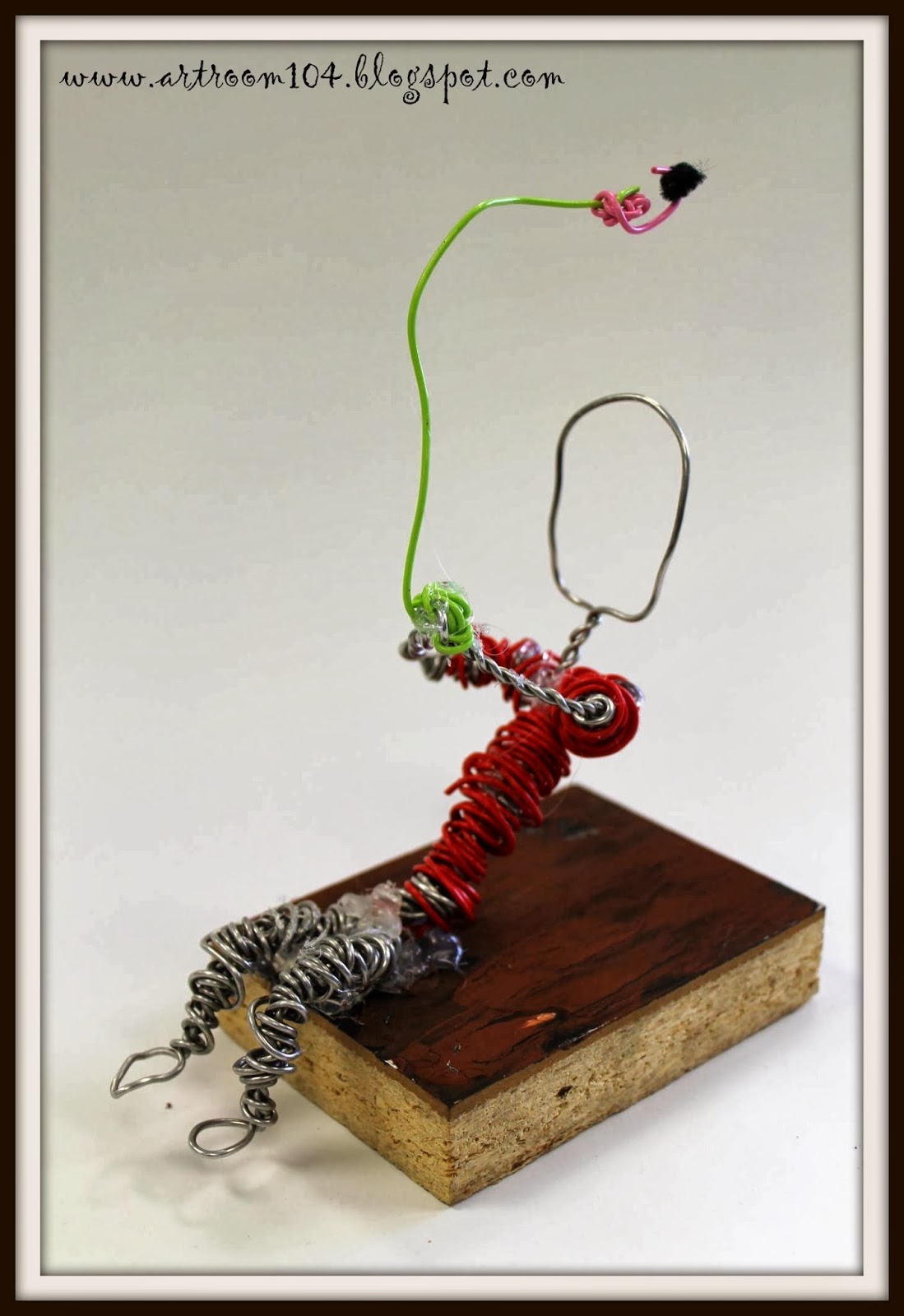 Again, another one of my favorites!  Very creative with the pose! 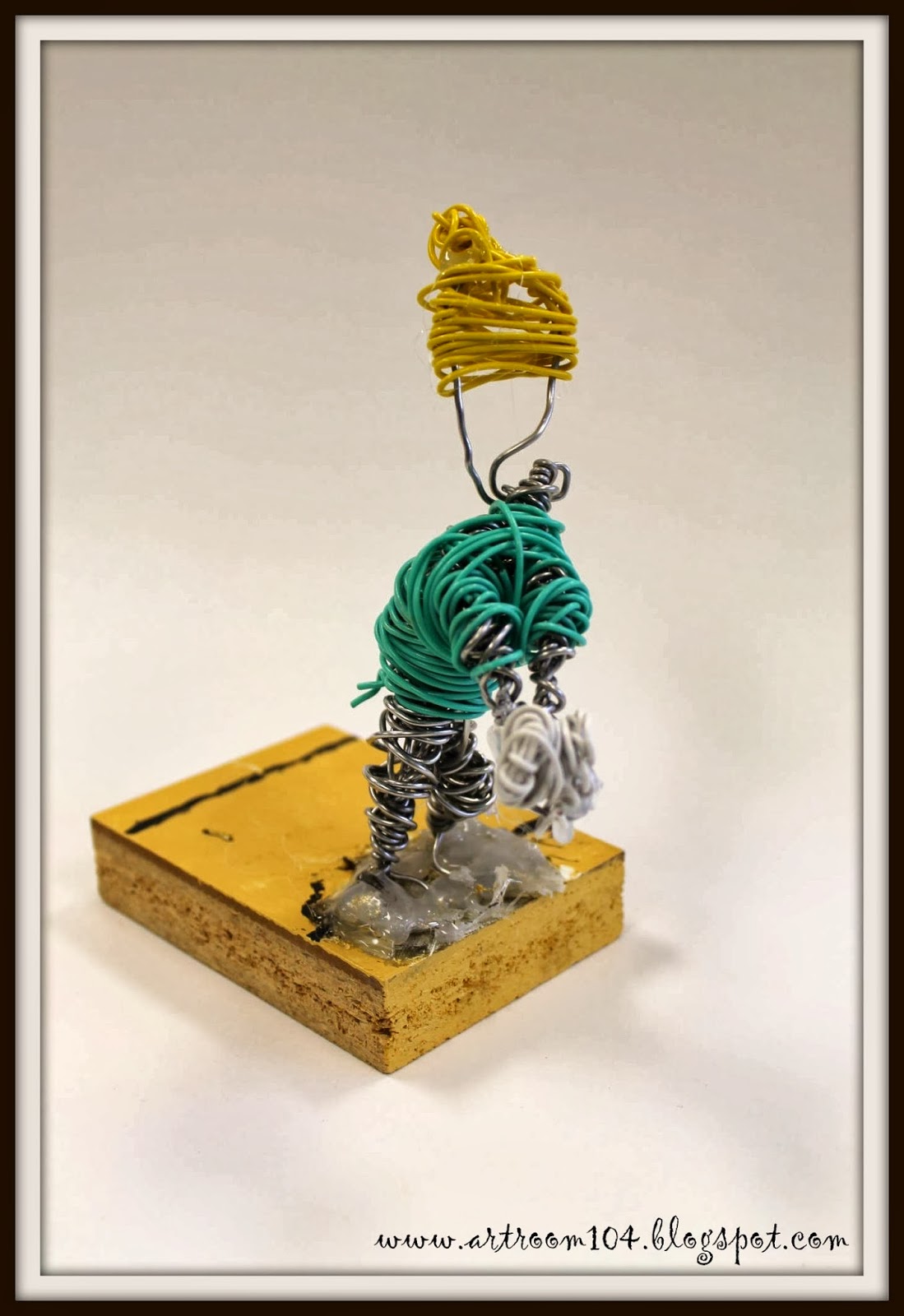 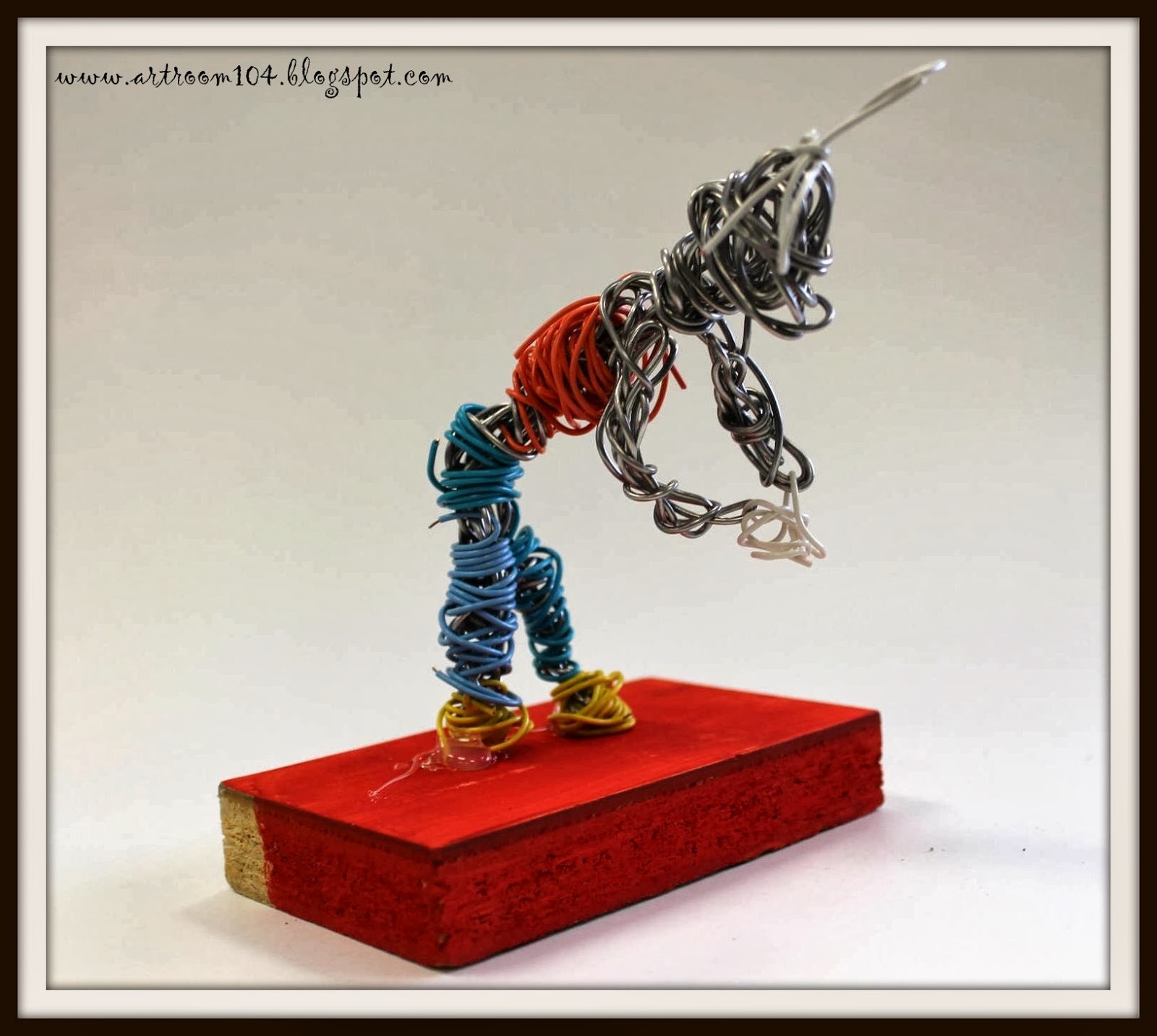 These two are serving a volleyball... 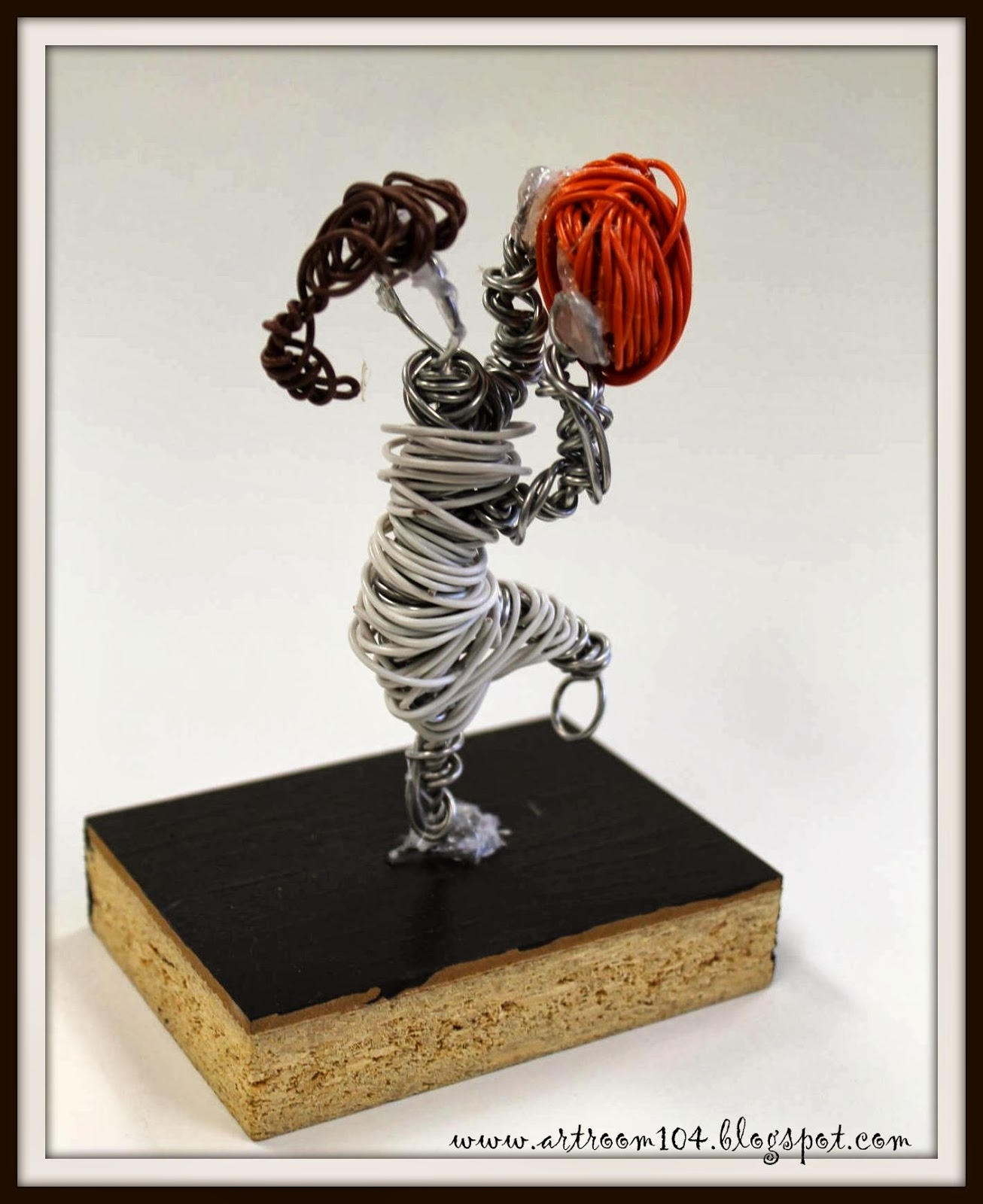 Absolutely love the hair on this one! 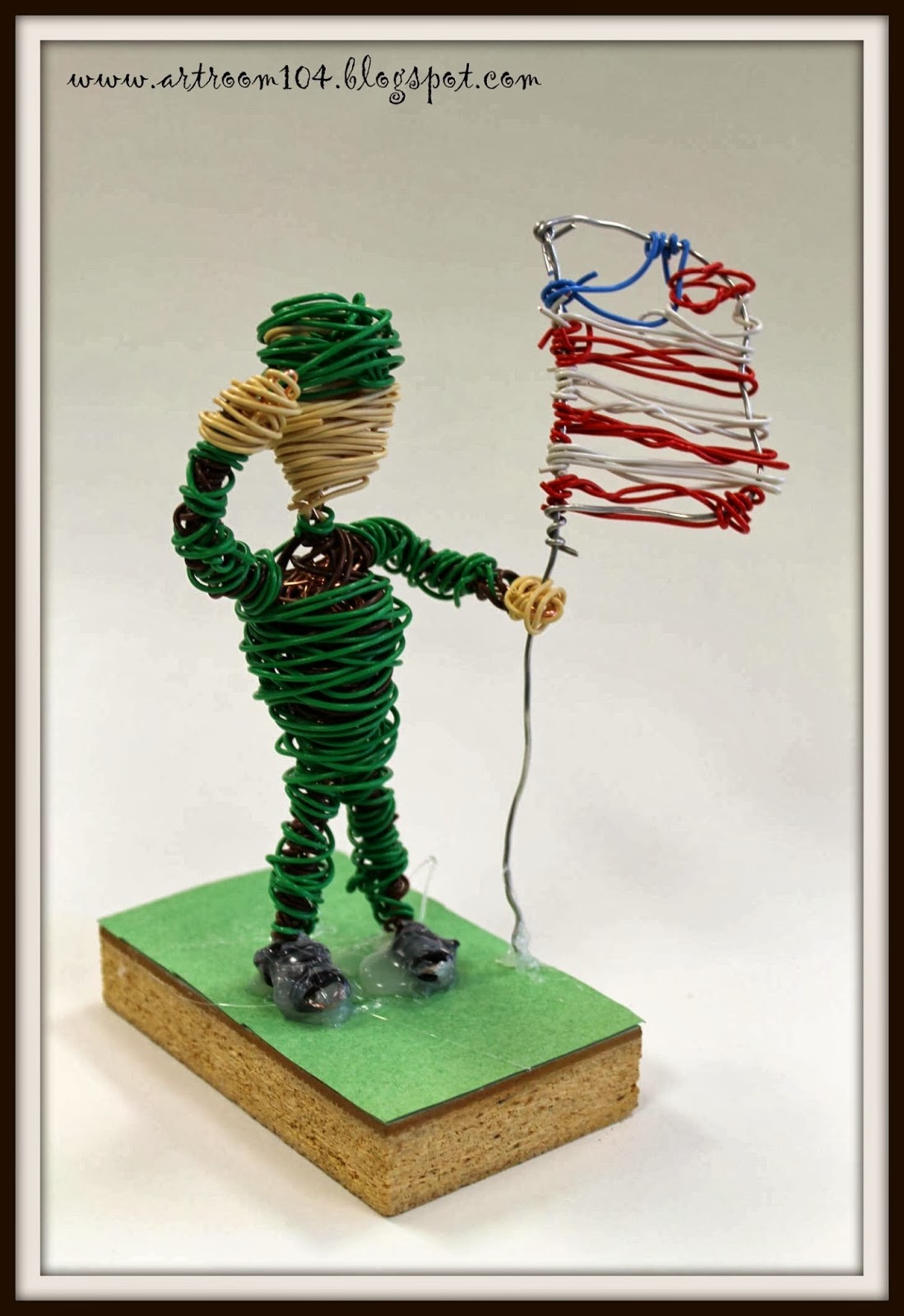 This one doesn't show very much movement...but I had to include it because it was very well built.  This was the student who wanted to cut the wire apart to build it.  We had a rough day the first day and he was asked to leave the classroom because he refused to work, but he came back strong on the second day and created this awesome sculpture! 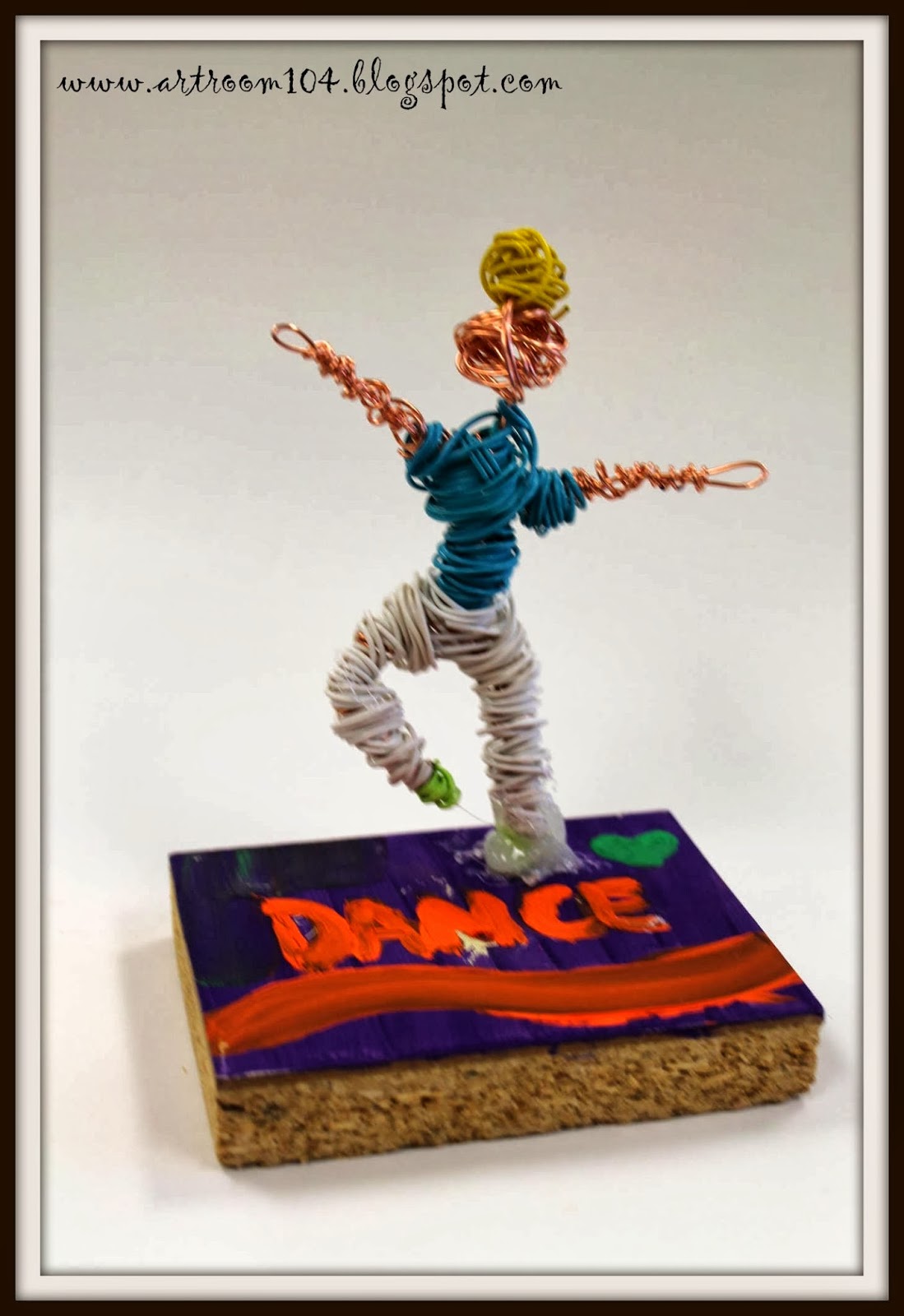 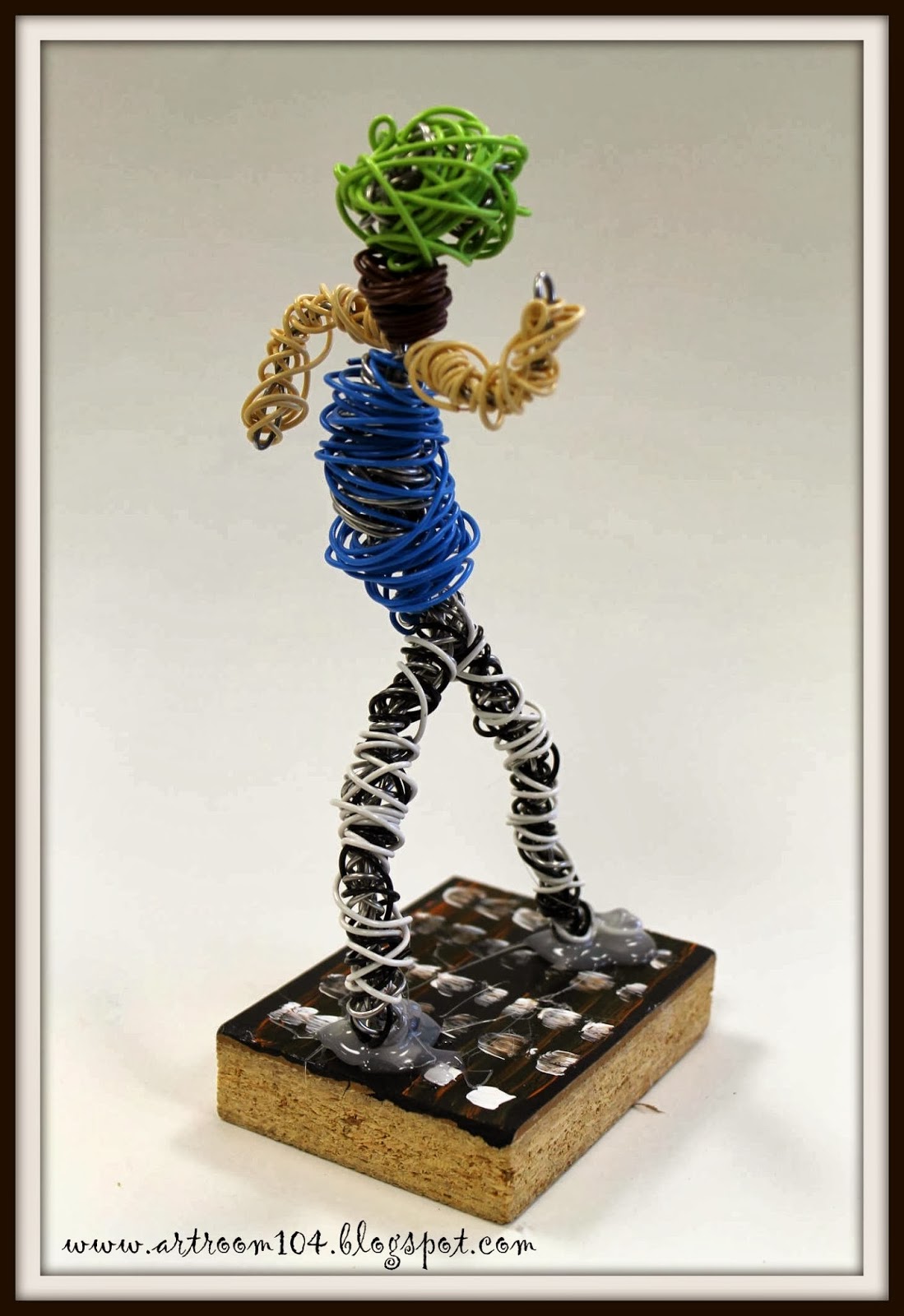