This year I decided to start off my Studio Art students with zentangles.  Yes, I know it's up for debate among art teachers because it's technically doodling, but I like the word!  And, I have quite a few high strung students this year, so using the term "zen" and getting them to relax a bit worked perfectly for them.  Whether you prefer to call it doodling, these zentangled alphabets turned out great.  I love using these kinds of projects at the beginning of the year because (1) it's an easy way to cover the elements and principles in a way that's easy for students to understand and (2) it's very easy for students to be successful!

We started out by creating zentangled alphabets.  We spent a day in the computer lab finding a font to use that would be wide enough to doodle in.  Students were required to do at least 9 letters.  Some simply chose alphabet letters whereas some did their names.  I've done this project in the past and the students loved it as well...you can see our results here. 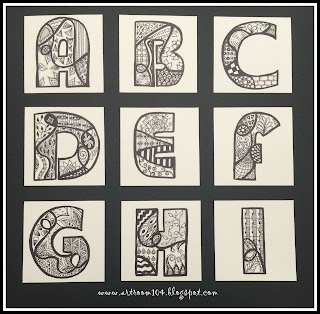 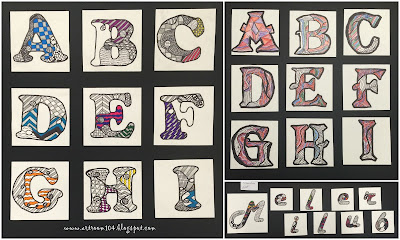 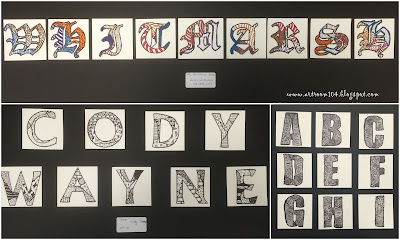 You can also find my zentangle alphabet rubric and a zentangle packet I like to use on the SmartTeacher website.

For the final project in the first unit of Studio Art, students had to incorporate zentangles into a bigger picture.  Now, I'm trying this year to really give students more choices.  I don't know a lot about TAB but I'm slowly trying to incorporate more and more TAB techniques.  Last year, I attempted a completely TAB assignment and it flopped big time in my Studio classes, so I came to the assumption that I can't just do TAB cold turkey, especially when a majority of the students in that class are there because they have to take it.  So, each unit I do this year will have a final project that incorporates more choices.

The final zentangle project allowed students to choose a subject matter of choice, and I was quite pleased with most of the results! 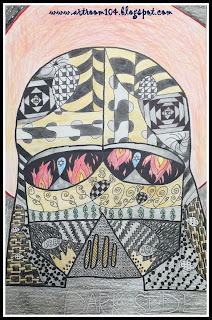 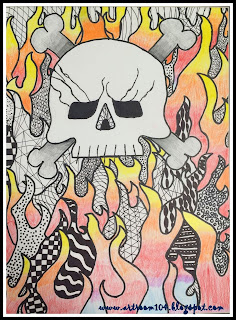 The student who did the zentangled Darth Vater did a lot of little composition thinking...he played around with the patterns he used on each side of the face.  I was quite impressed with the thought he put into it!  The student who did the flaming skull...well let me tell you he brought tears to my eyes with this project.  When he was in 7th grade, he did absolutely nothing.  He hated art.  He struggled a bit during the first week or two of school to get into the swing of things in Studio Art, but once he made the decision to remove himself from the negative Nancy's in the class, he began to excel!  He did such an awesome job blending and shading his colors, and he did it all on his own! 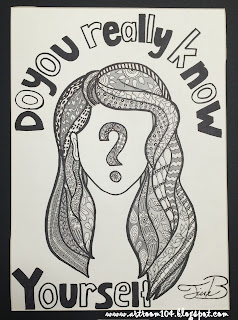 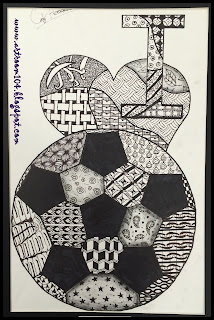 The portrait on the left was created by one of our exchange students from Denmark.  I find it fascinating that they don't get art in the upper grades (she hasn't had it since grade school), and yet she is so willing to learn and soak up the information I have to give! 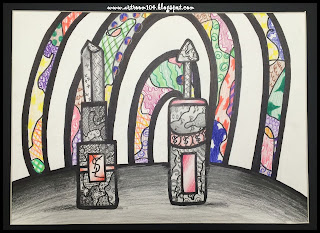 This is another artwork from an exchange student.  She is from South Korea. 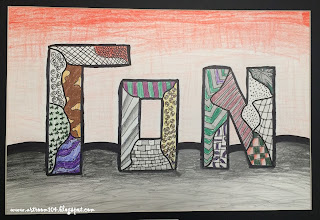 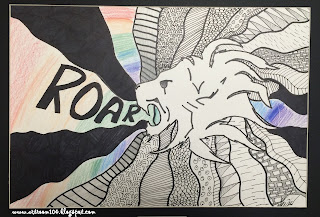 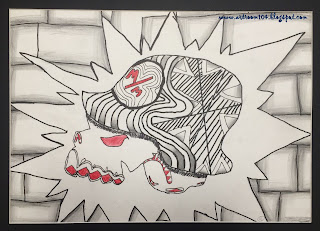 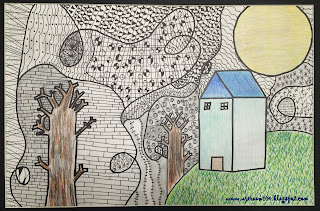 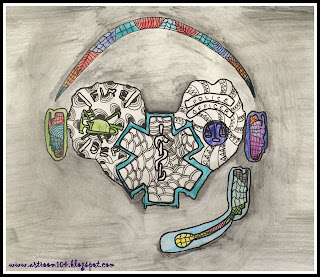 This student is going to Boces for criminal justice.  She wishes to be a dispatcher.  Despite her nature to complain and be negative, we figured out something she could do for her final project that actually meant something to her and she somewhat enjoyed doing!  Score one for Mrs. Impey. ;)


Here is my rubric and project sheet from the final zentangle project. 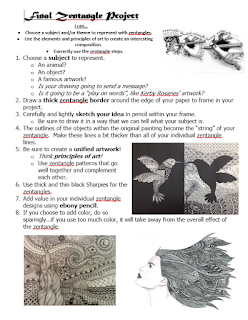 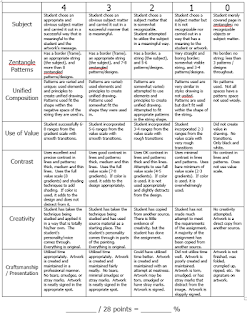