Last year when I did my requisitions, I was lucky enough to still have a rather large budget.  (Unfortunately, now that I am one teacher teaching k-12 in my district, my budget has been more than cut in half compared to what the total k-12 budget was last year! :( )  I bought real papyrus with hopes of doing a Book of the Dead project with my 6th graders in alignment with their Ancient Egypt unit in social studies.  My substitute started this with one class and I with the other.

You might be able to tell the difference between the two classes in the examples below...the students pretty much copied the torso figures from the Egyptian headdress worksheet I had provided them.  They were a little upset when I came back and told them that their people had to at least have full arms!  With the other class, I was able to give them my requirements before they started drawing their design...at least one full-bodied Egyptian figure using the Egyptian canon of proportions (profile head, frontal view of the torso, and profile view from the waist down), at least 10 hieroglyphics written in registers, and the figure they drew had to be wearing an Egyptian headdress. 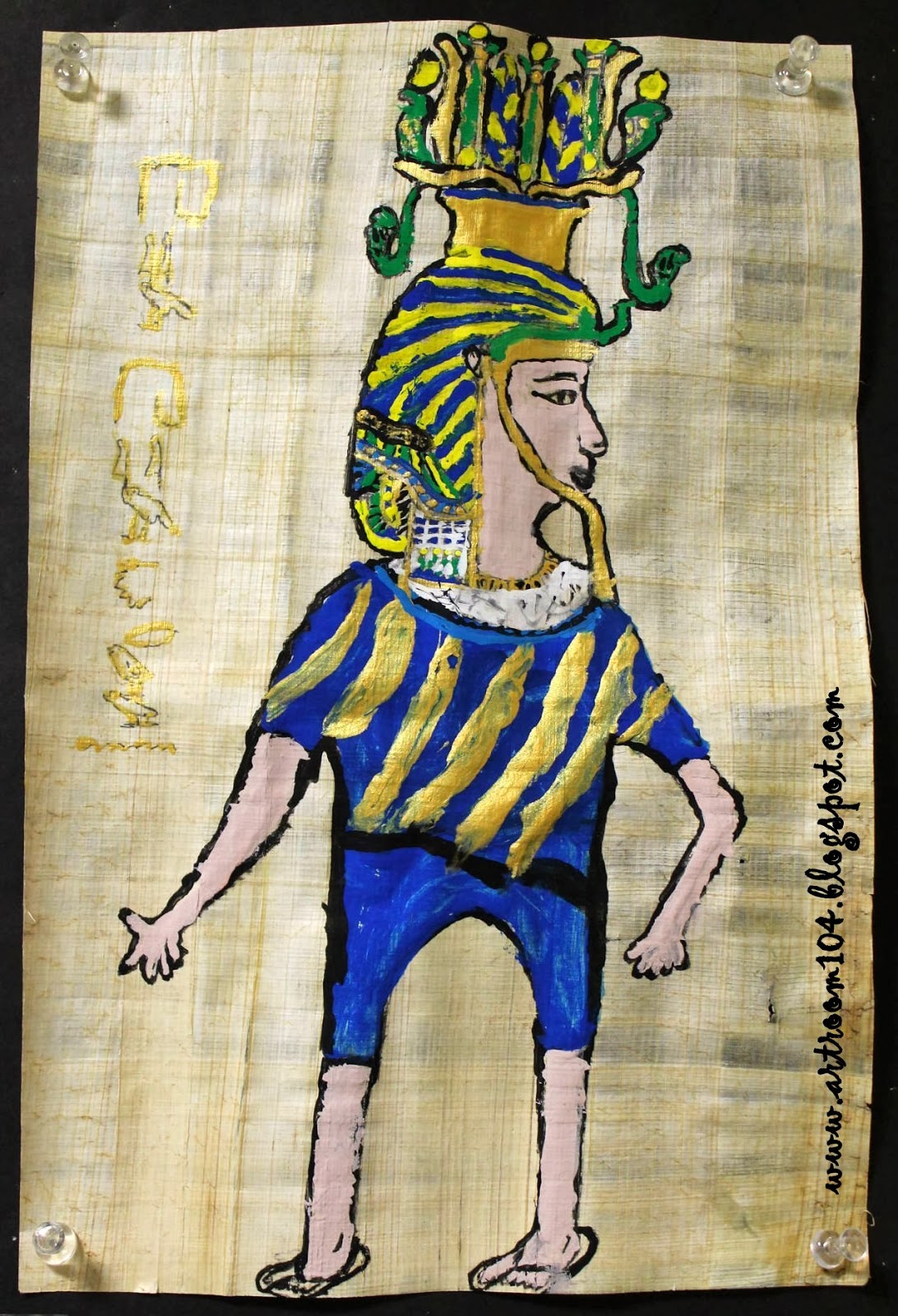 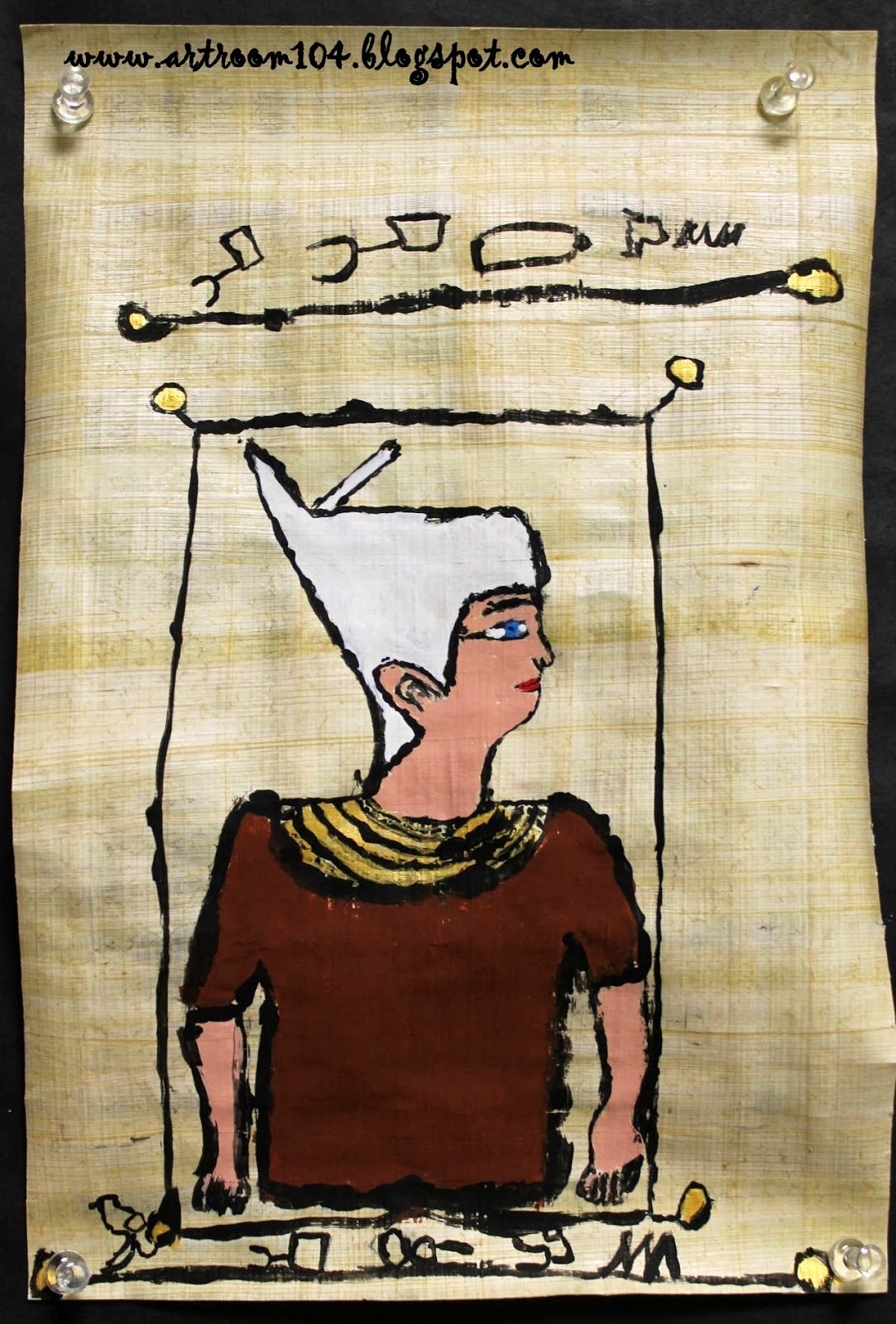 These two are my "star" student's artwork!  The one on the left has always been artistic but has had behavioral issues in the past.  This year he is on track and putting out AMAZING work!  He came in and worked through his lunch period just to finish this for me!  The one on the right is by a student who notoriously dislikes art...but this year he really likes doing the art along with what their learning in social studies. 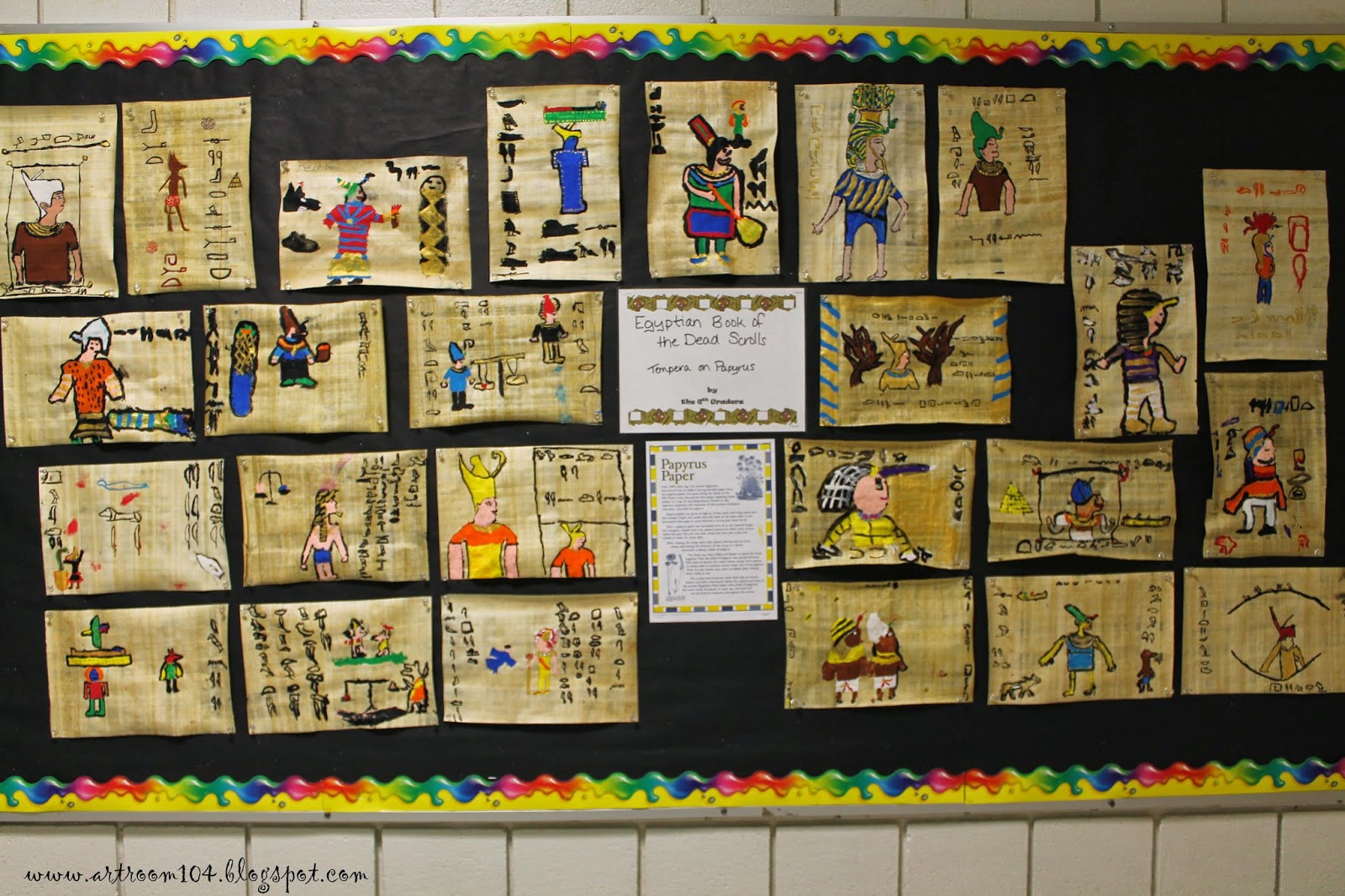 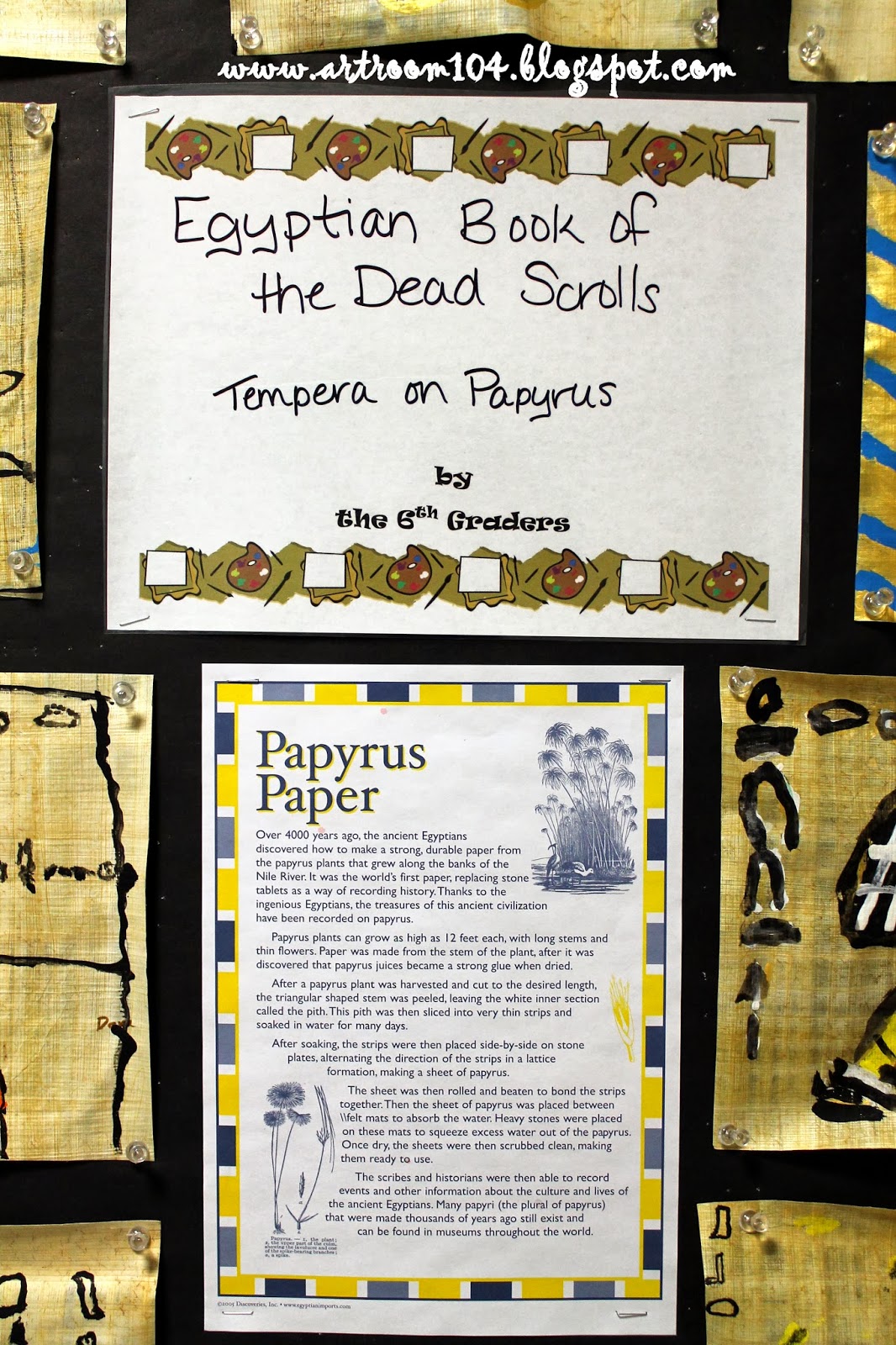 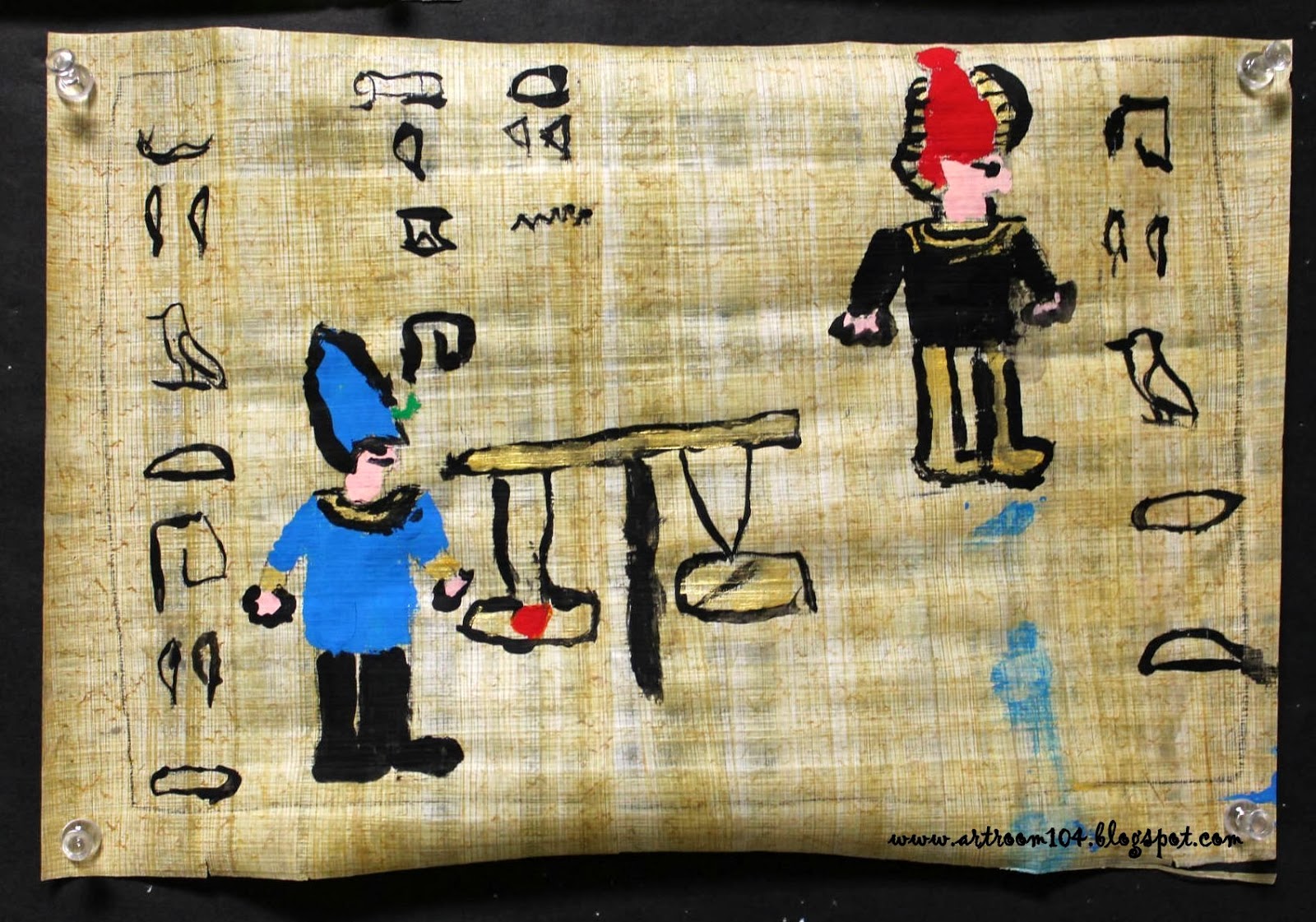 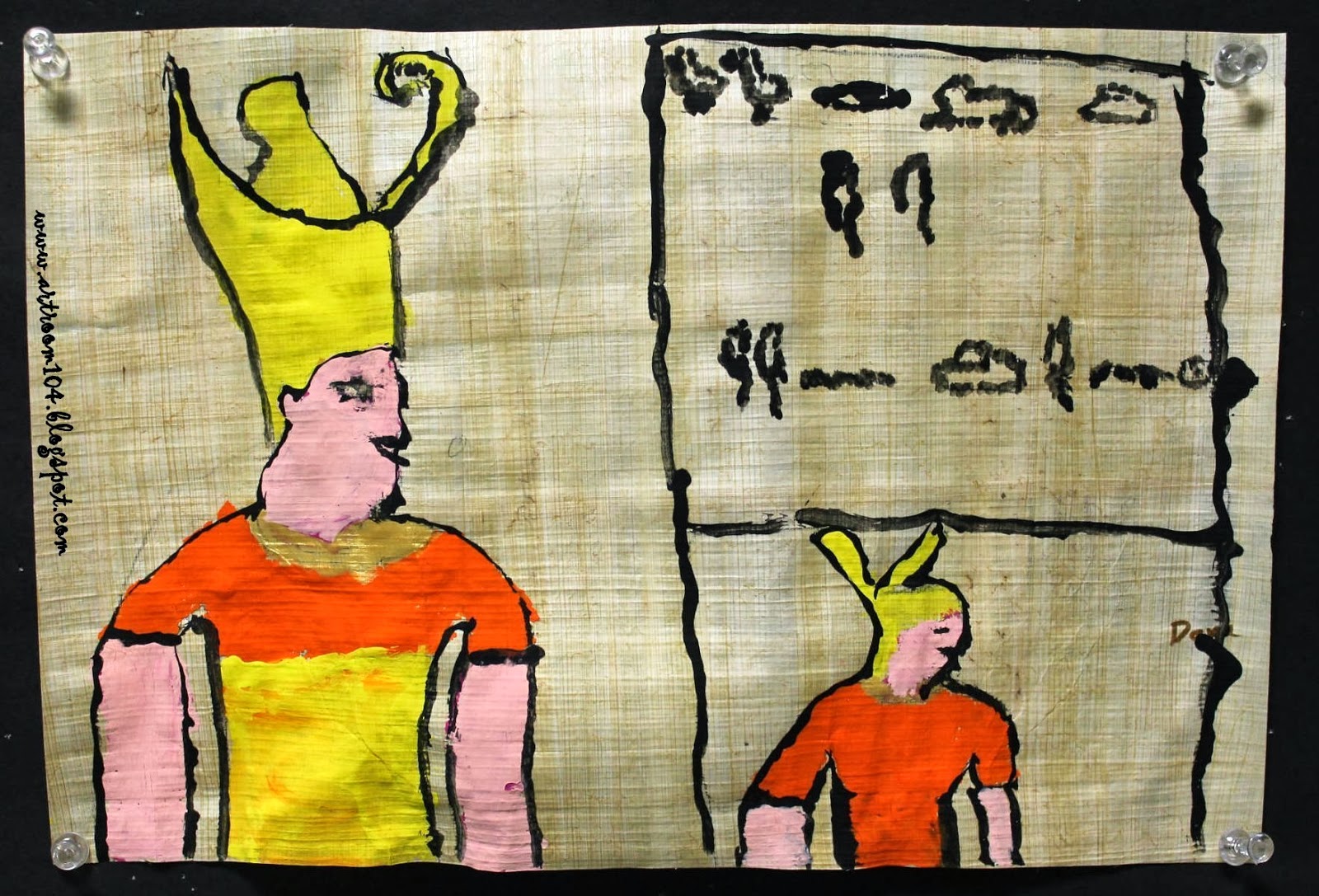 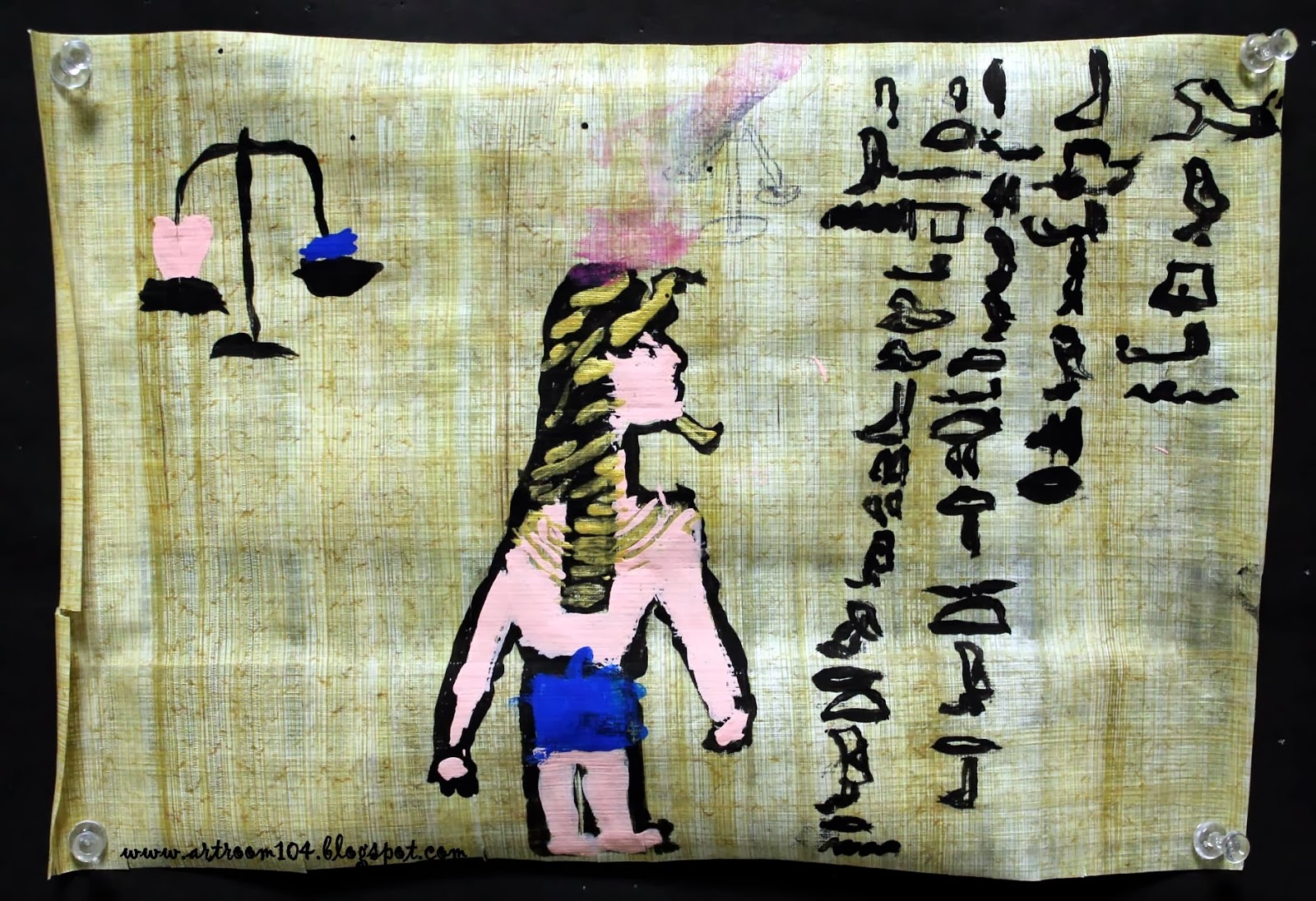 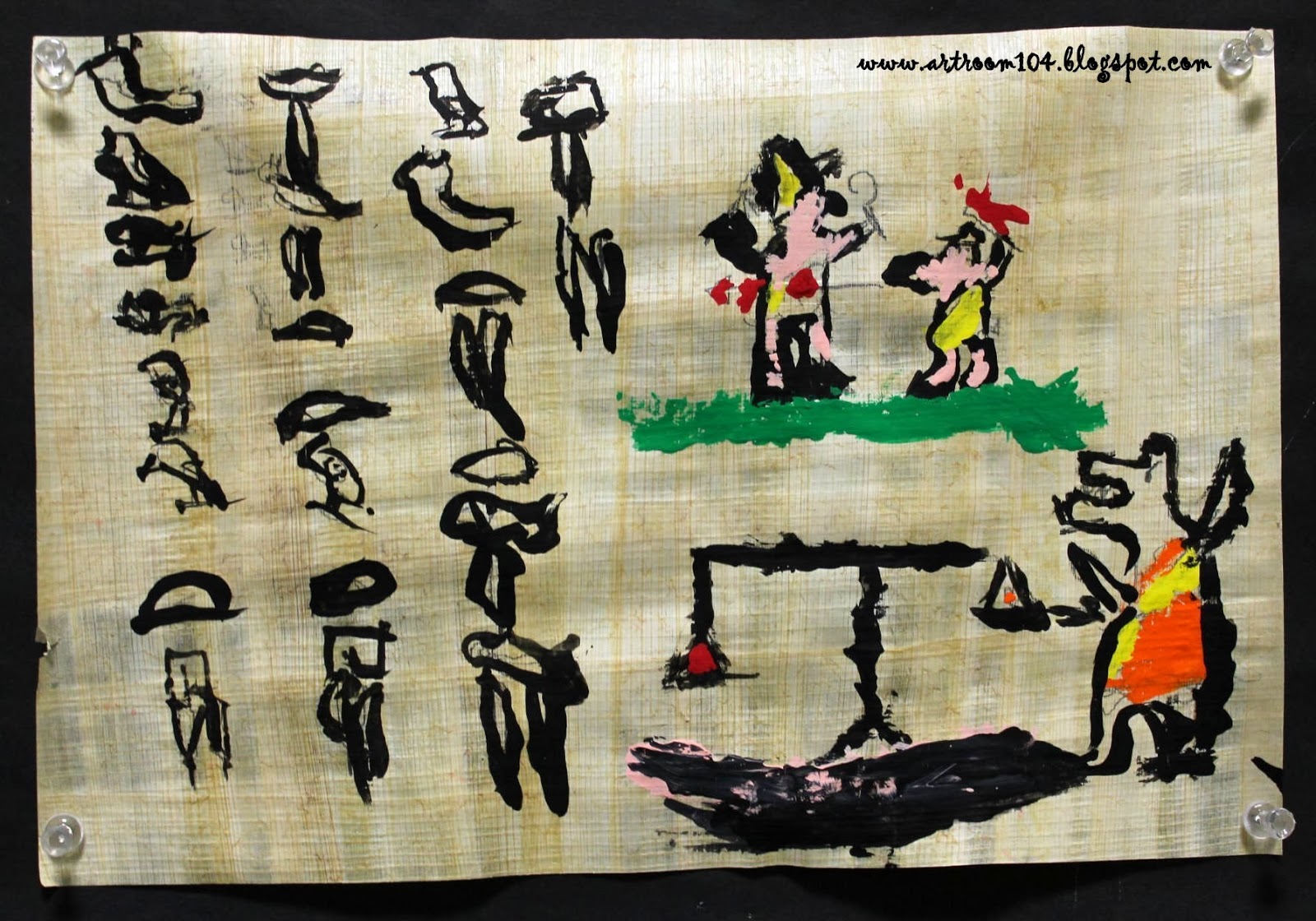 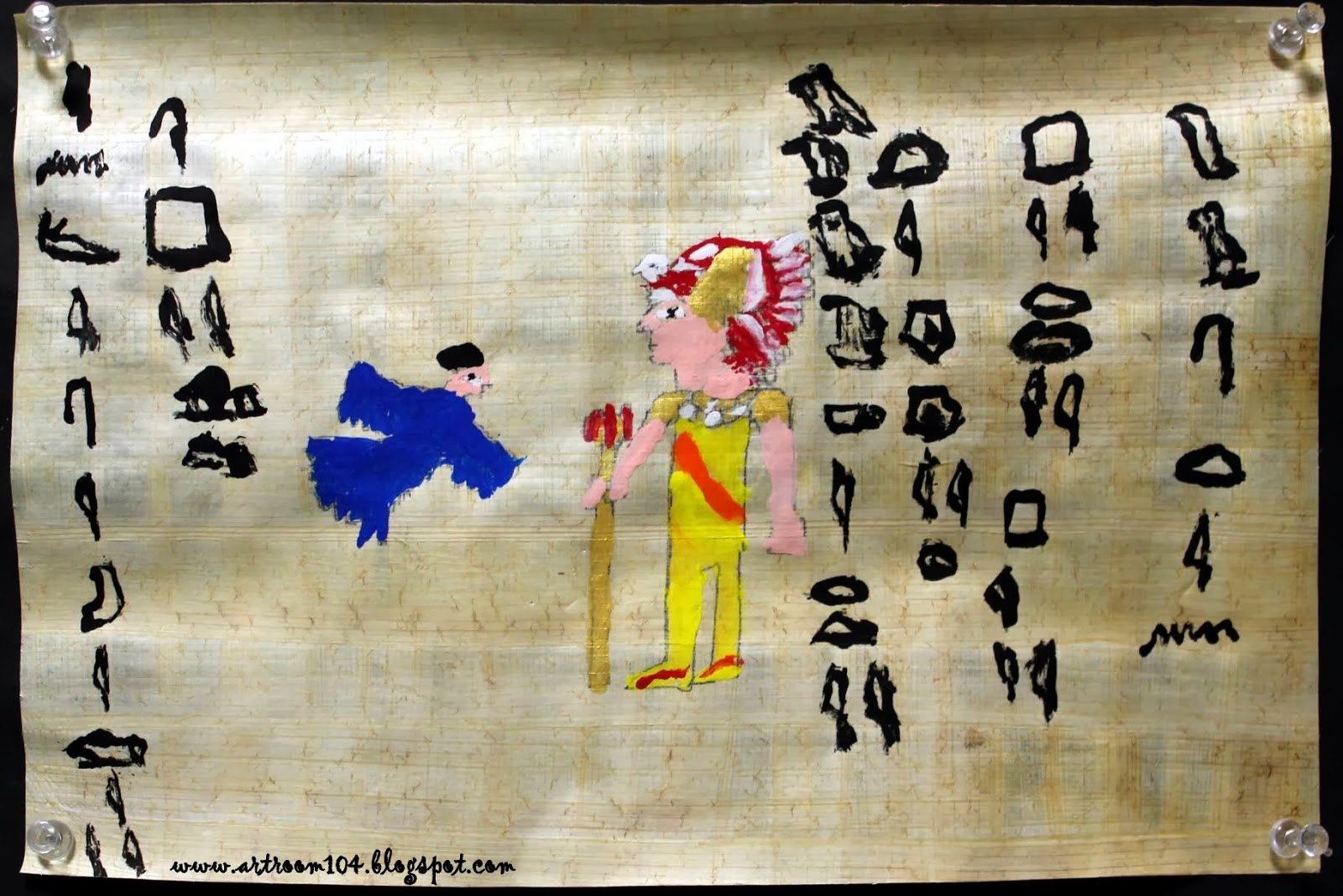 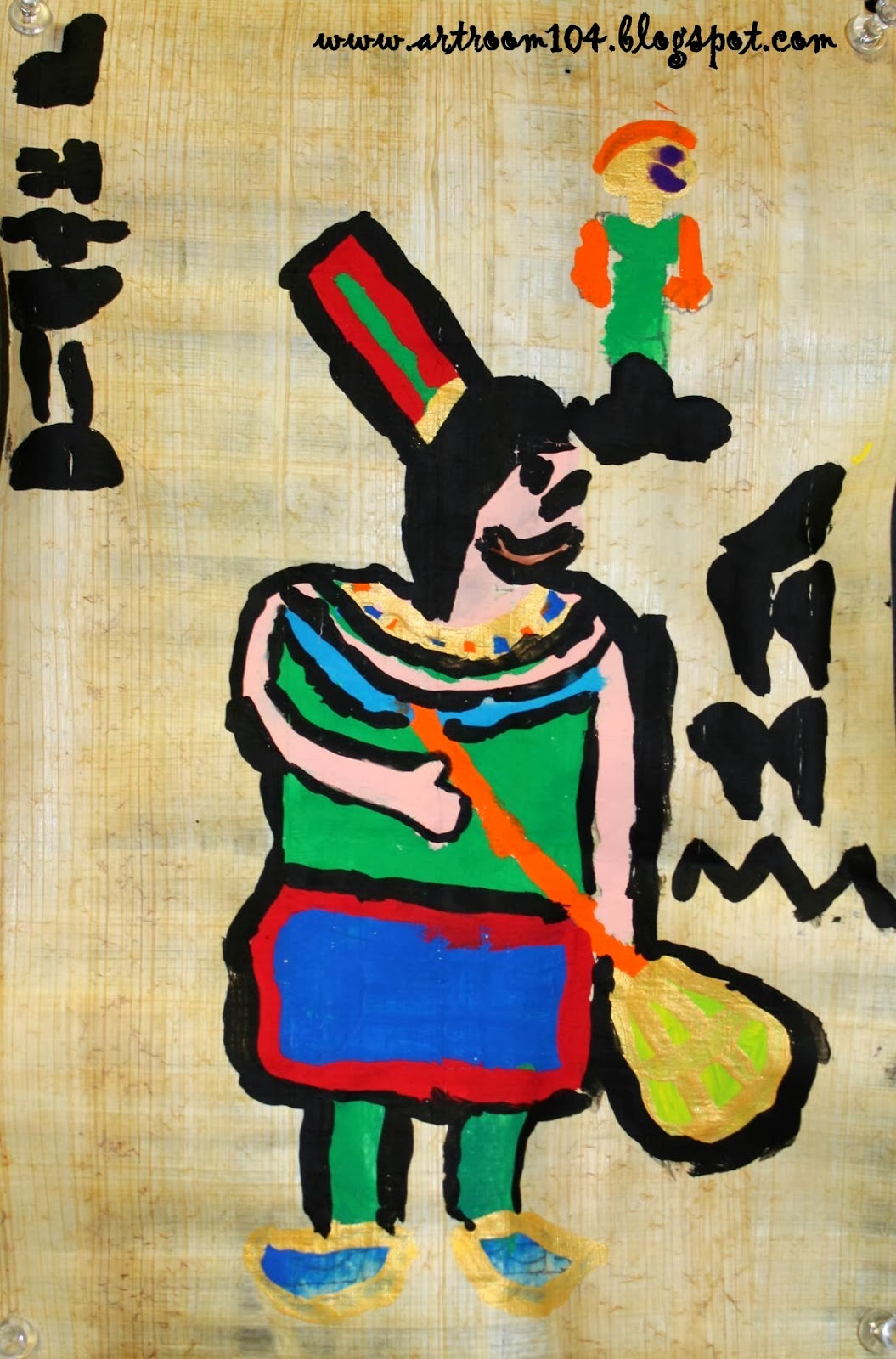 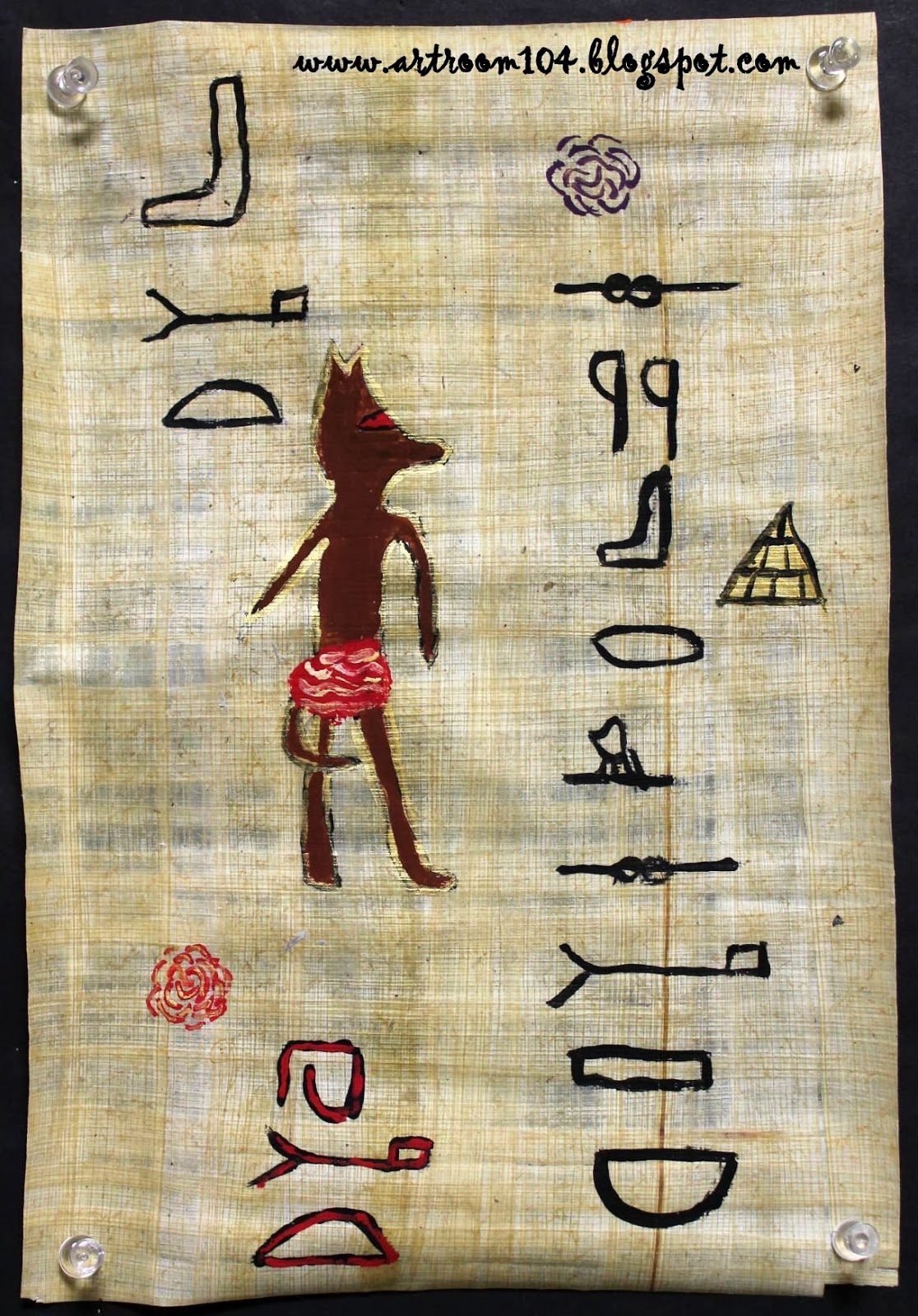 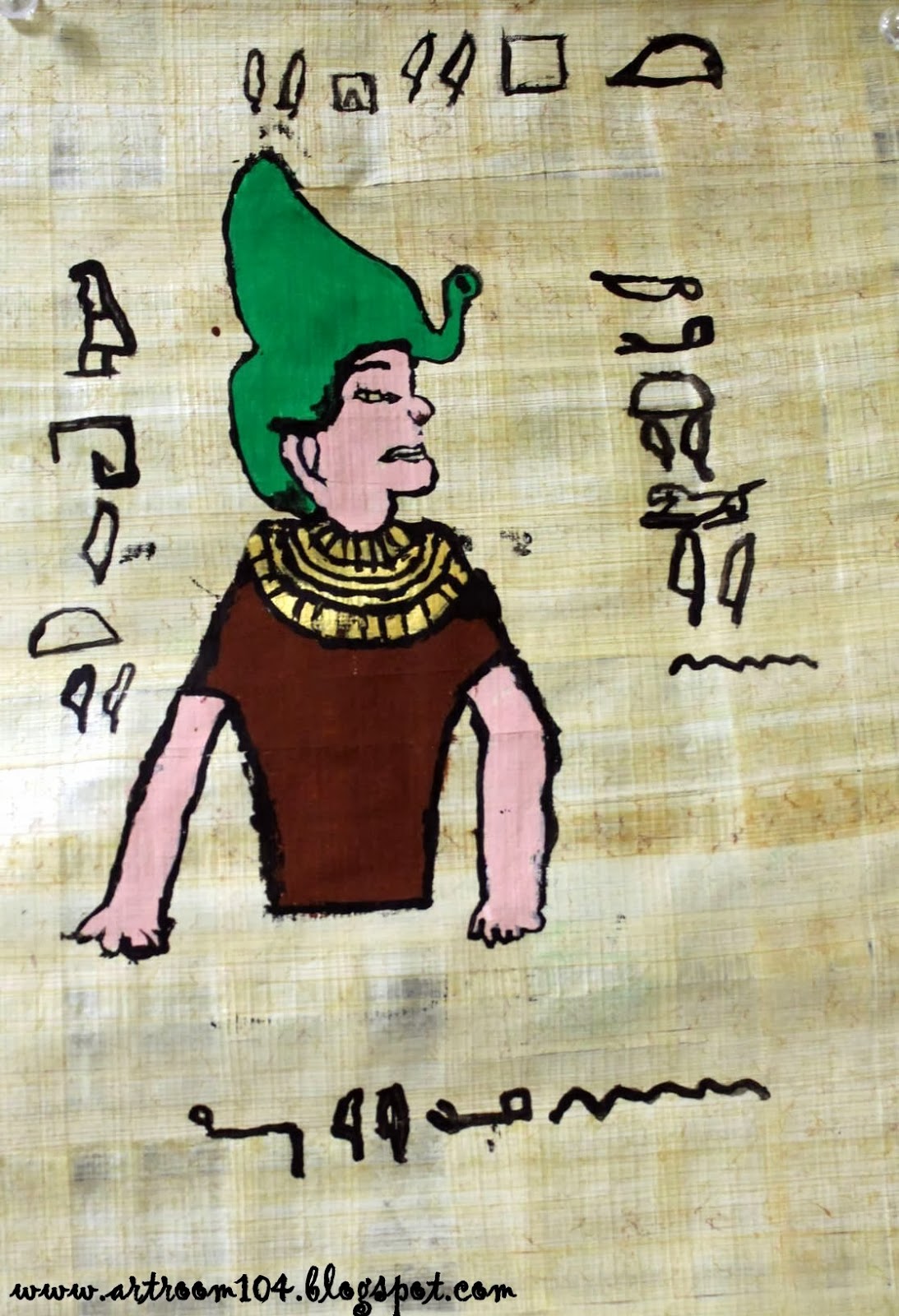 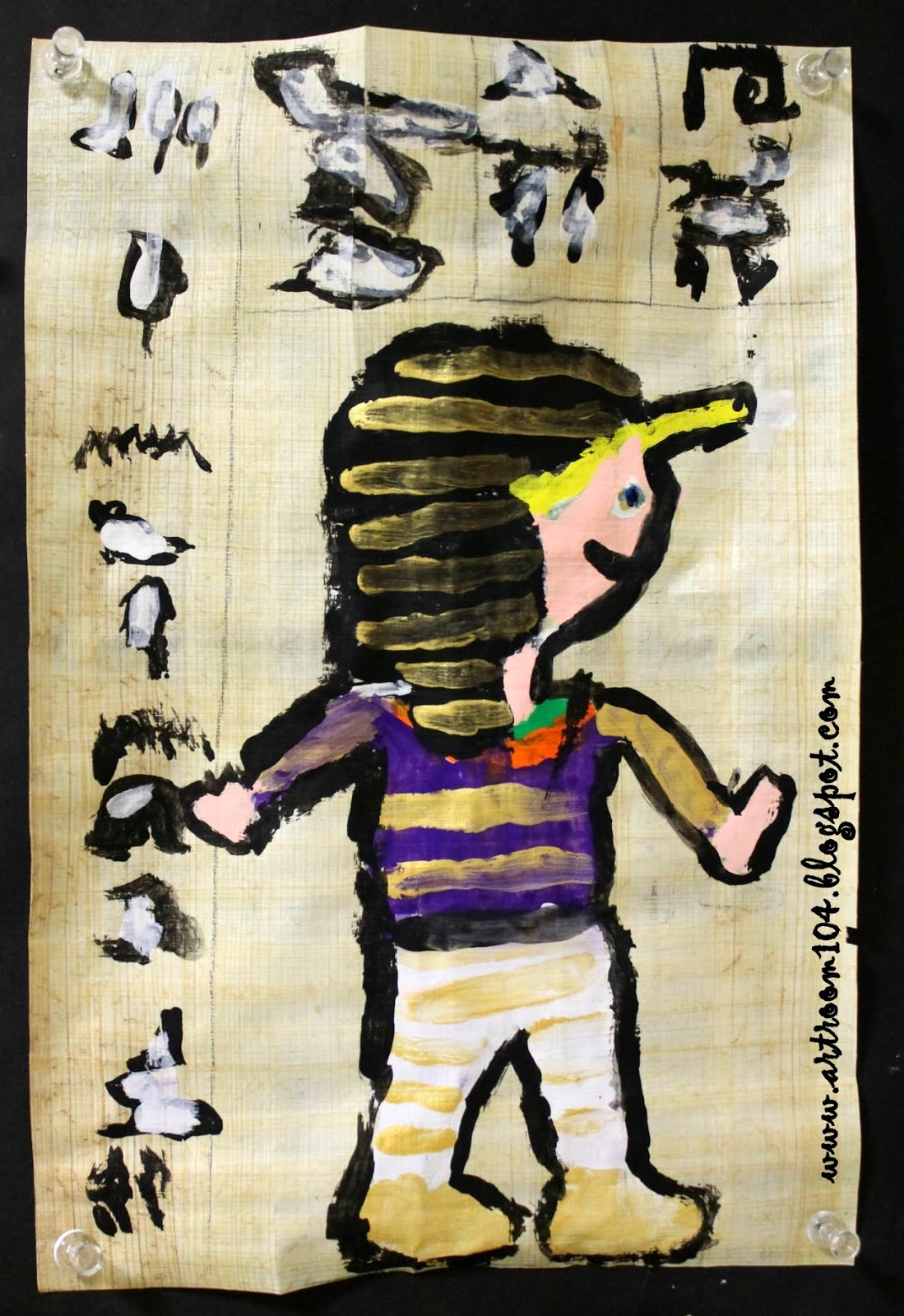 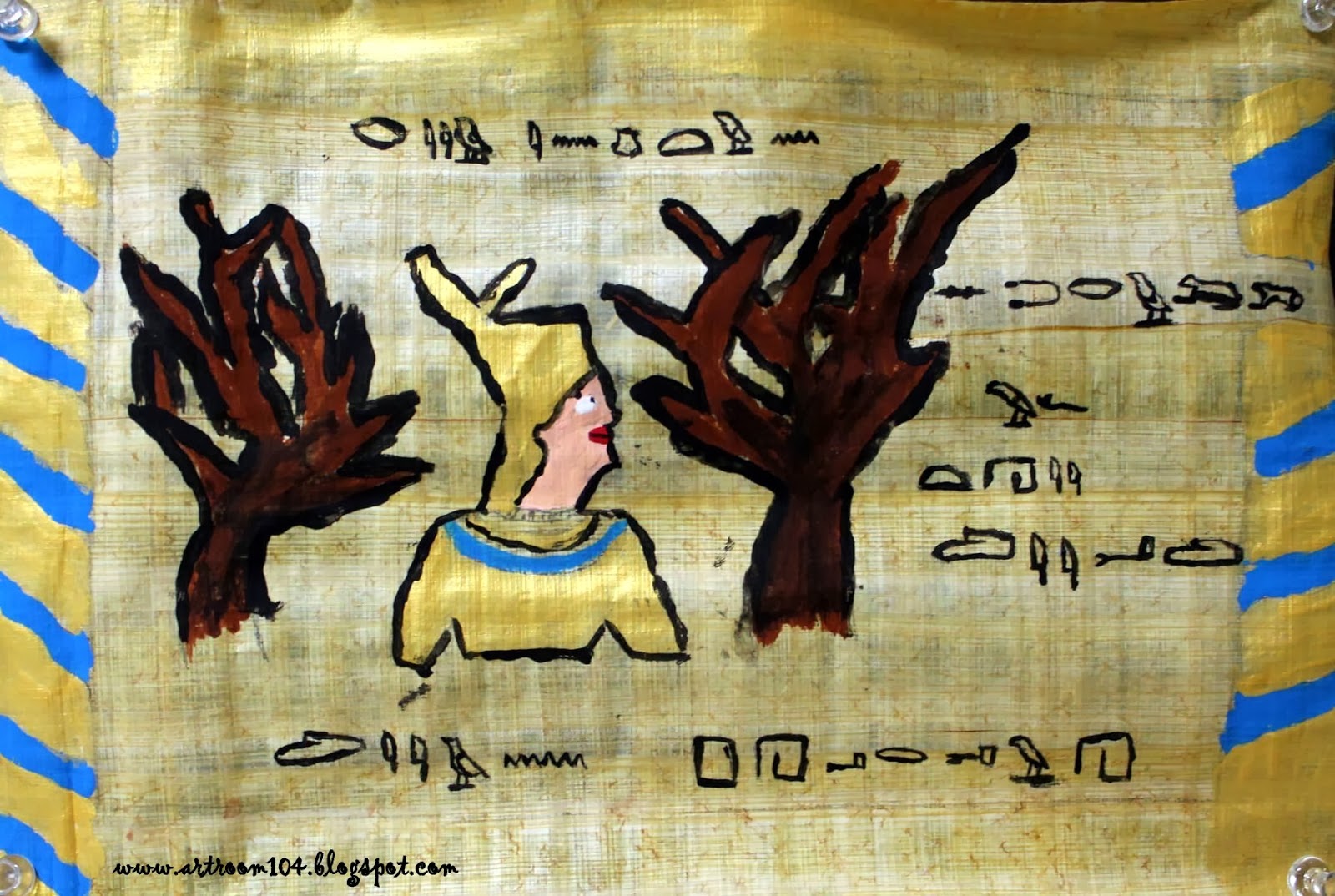