This has been a project four class periods in the making...much longer than I intended to spend on it, but as we got into it, I changed my mind as to how it was going to be finalized.  Originally, I was just going to read Mouse Paint with my K-3 12:1:1 class and then have them make mice in the primary and secondary colors, and then place them in a circle to create the color wheel.

But then...a light bulb turn on in my head and I thought..."Why not create a color wheel based on the art in the Frederick book?!"...and ta-da!  This painted collage project was born! 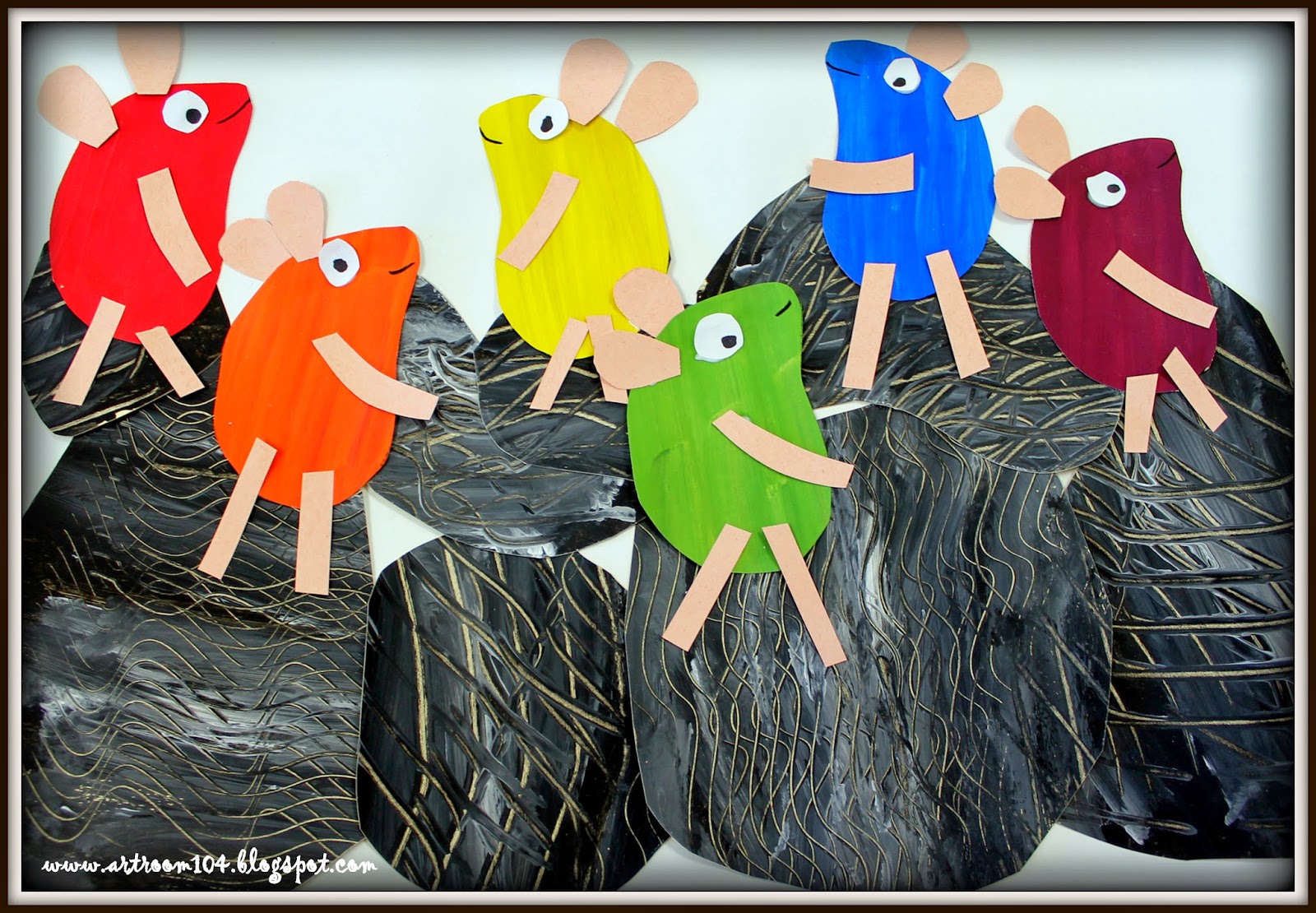 This is my example of the project.

So, on the first day of this project, we read Mouse Paint.  This was a good review of primary and secondary colors for those who have had me for two years already, and a good, quick way to introduce them to the new students in the class. 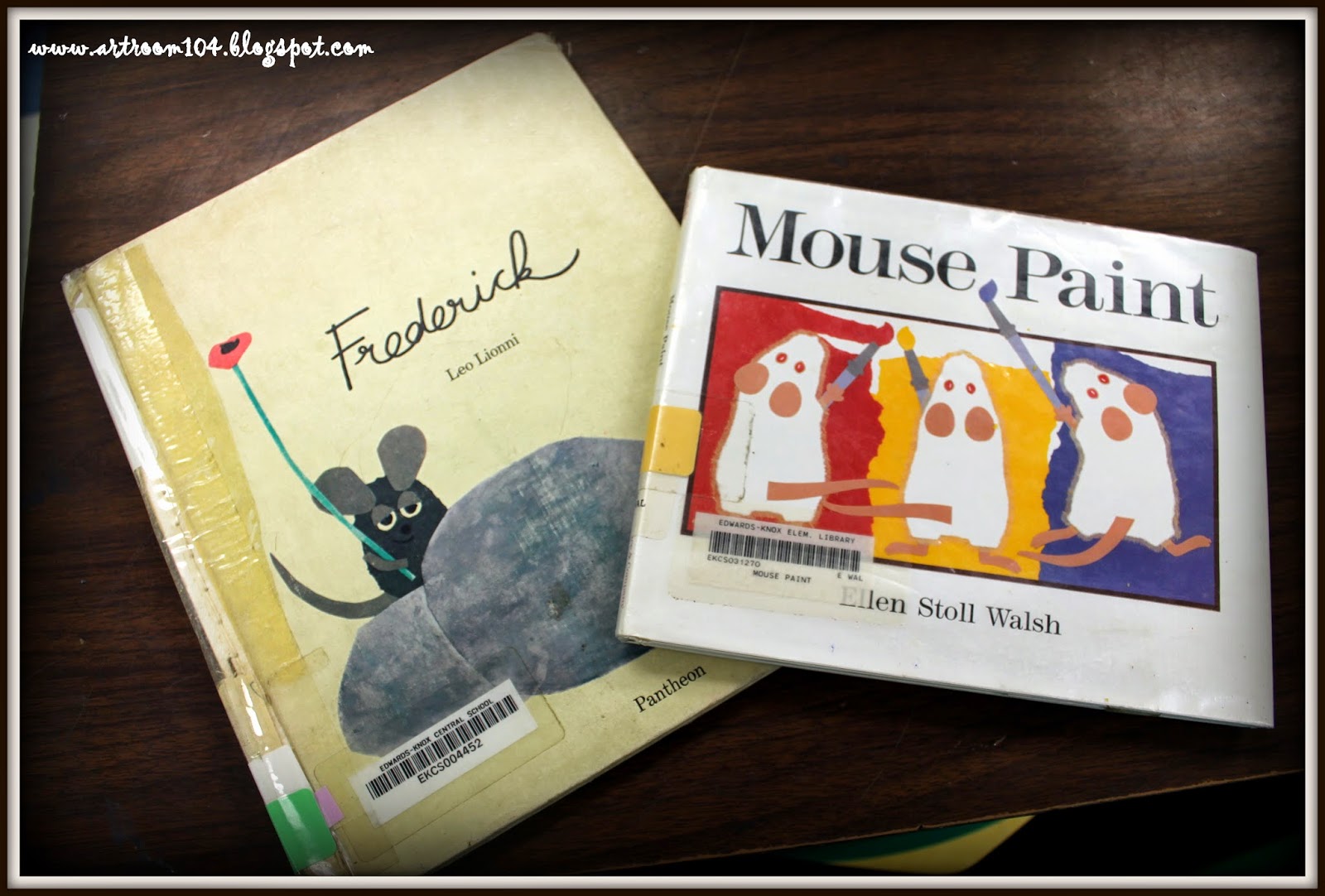 On that first day, we first colored this worksheet which I found through Pinterest.  Another great example of incorporating Common Core and color sight words for these students. 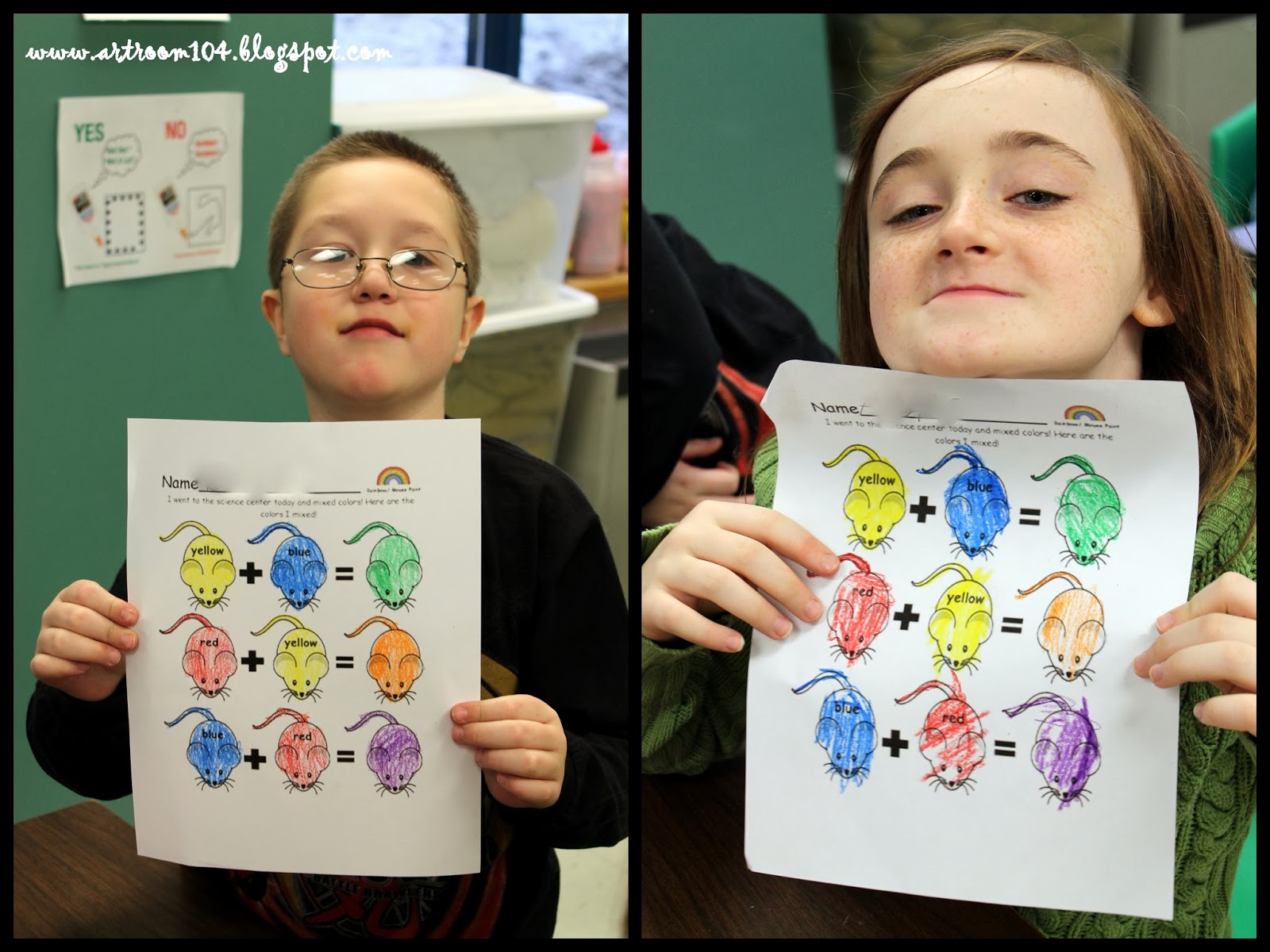 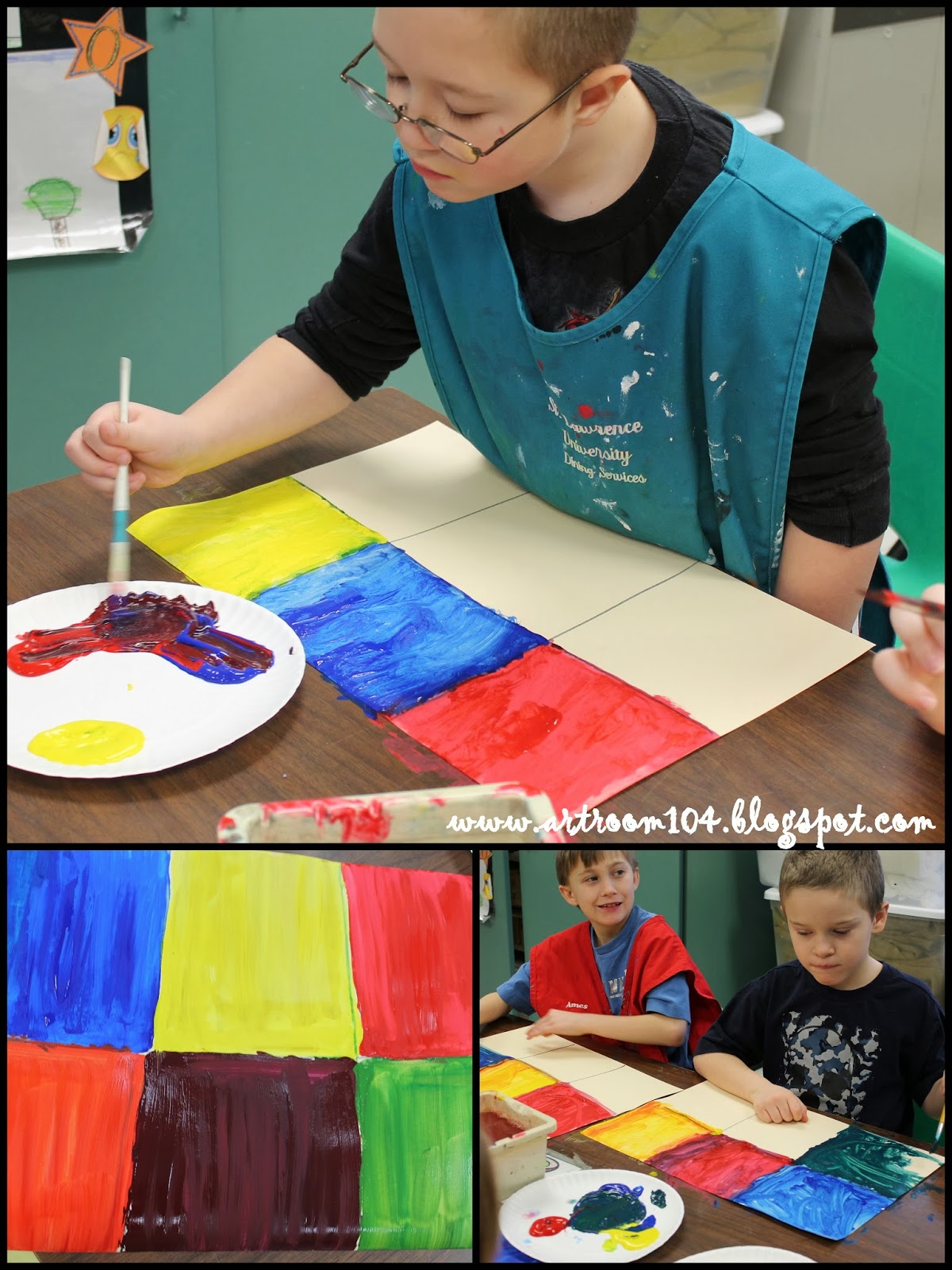 On the second day, we read the book Frederick.  I had students then paint a piece of manila paper with white and black paint.  We tried to recreate the look of the rocks in the Frederick book.  We also used paint scrapers to add some cool texture to the paint. (In my first year of teaching, I actually did a Frederick project using a worksheet from the Leo Lionni website, which is where I got the mouse pattern from for this project.  You can see those projects here on Artsonia.) 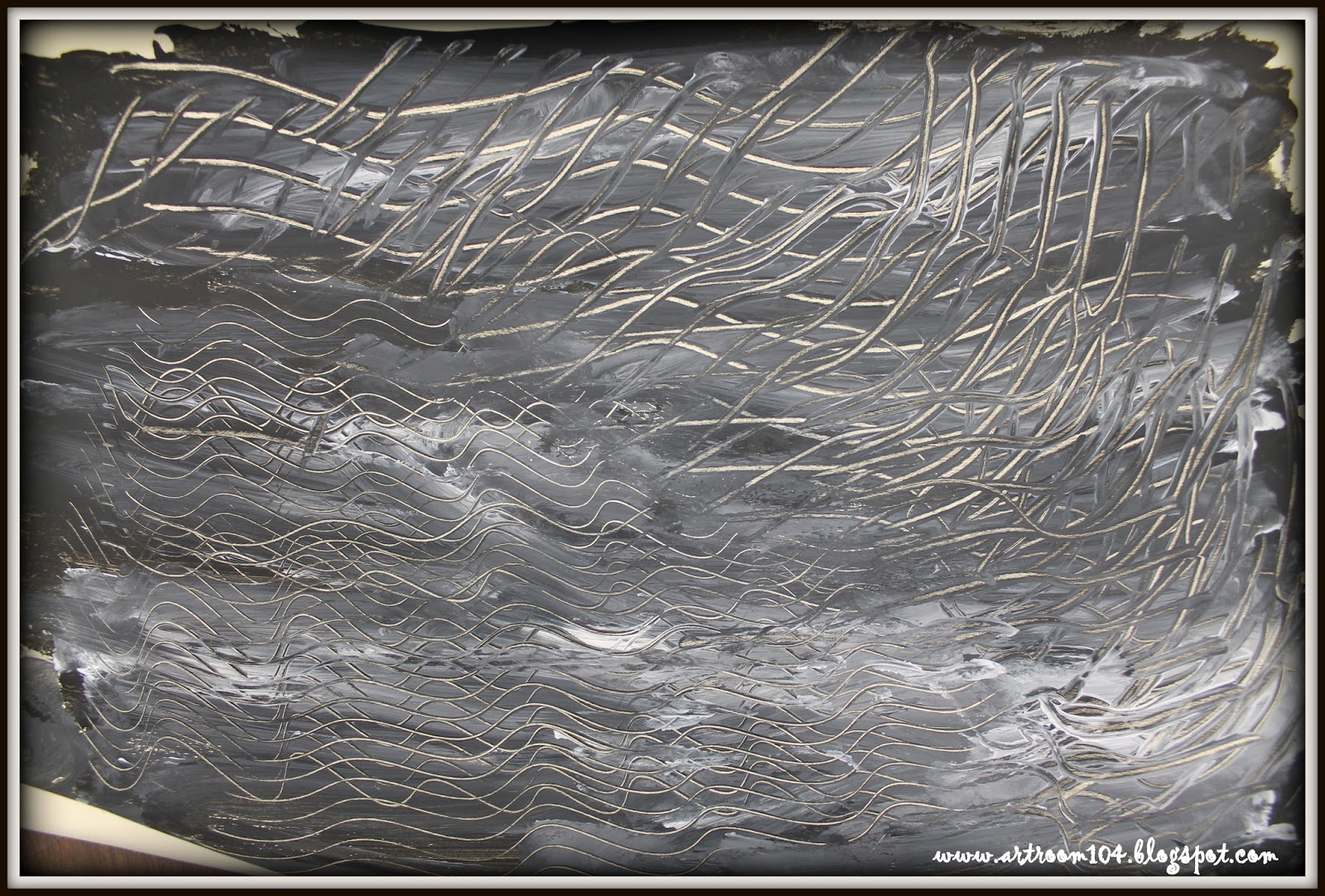 After we cleaned up the paint, we had about 10 minutes left on the second day so I showed students the video of how Leo Lionni made the mice for his books.


On the third day, we drew our rocks and boulders on the back of the grey painted paper and cut them out.  I had the students glue them to white tag board.  Then, they started tracing the mouse shape (like Lionni's version) on each of their six painted colors.  They cut those out too and placed them in the order of the color wheel on top of their rocks. 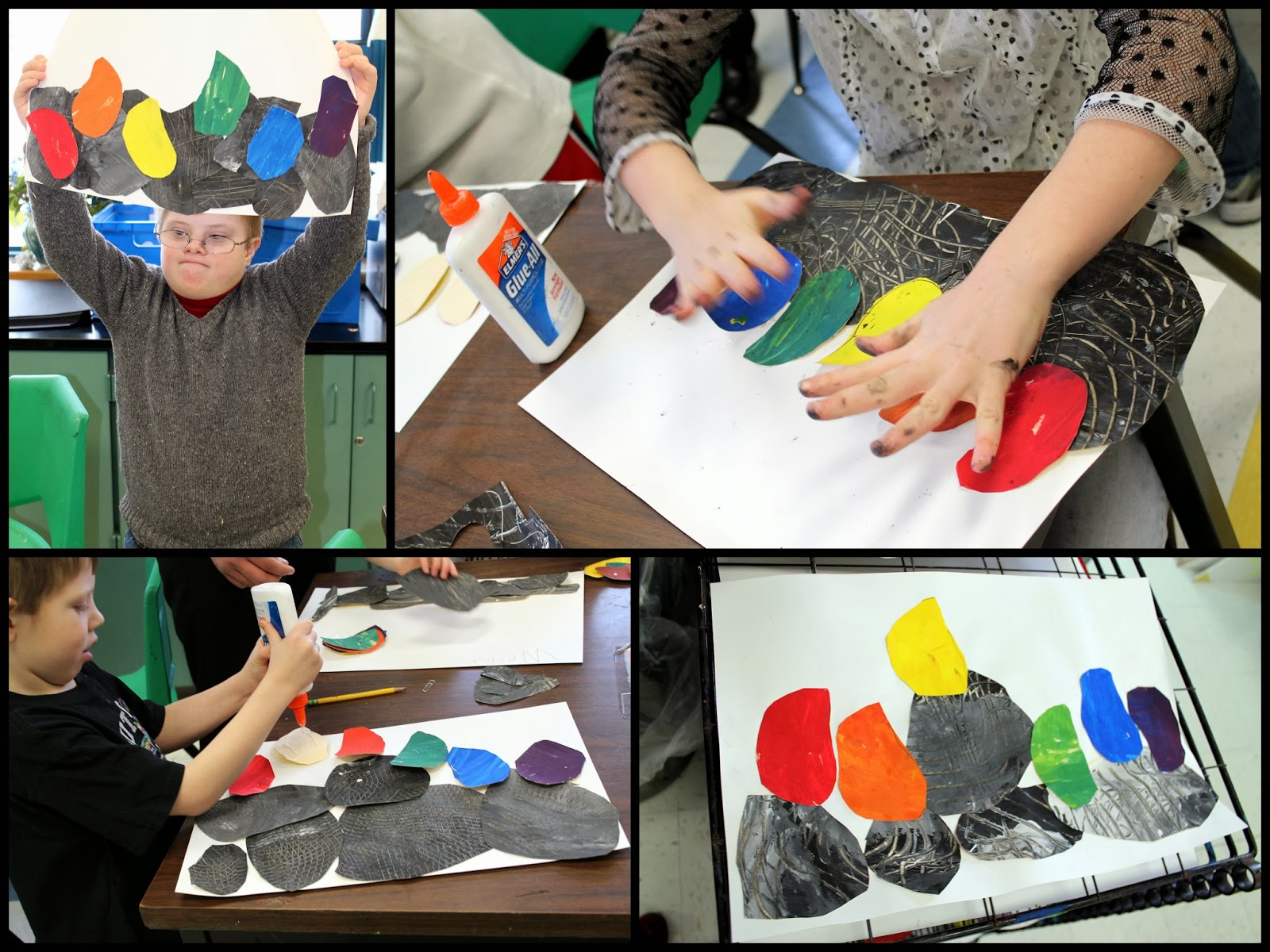 Finally, on the last day, the students added legs, arms, ears and eyes, just like Lionni did in his video.  This was also good fine motor skill practice for some students to cut out those small pieces and glue them. 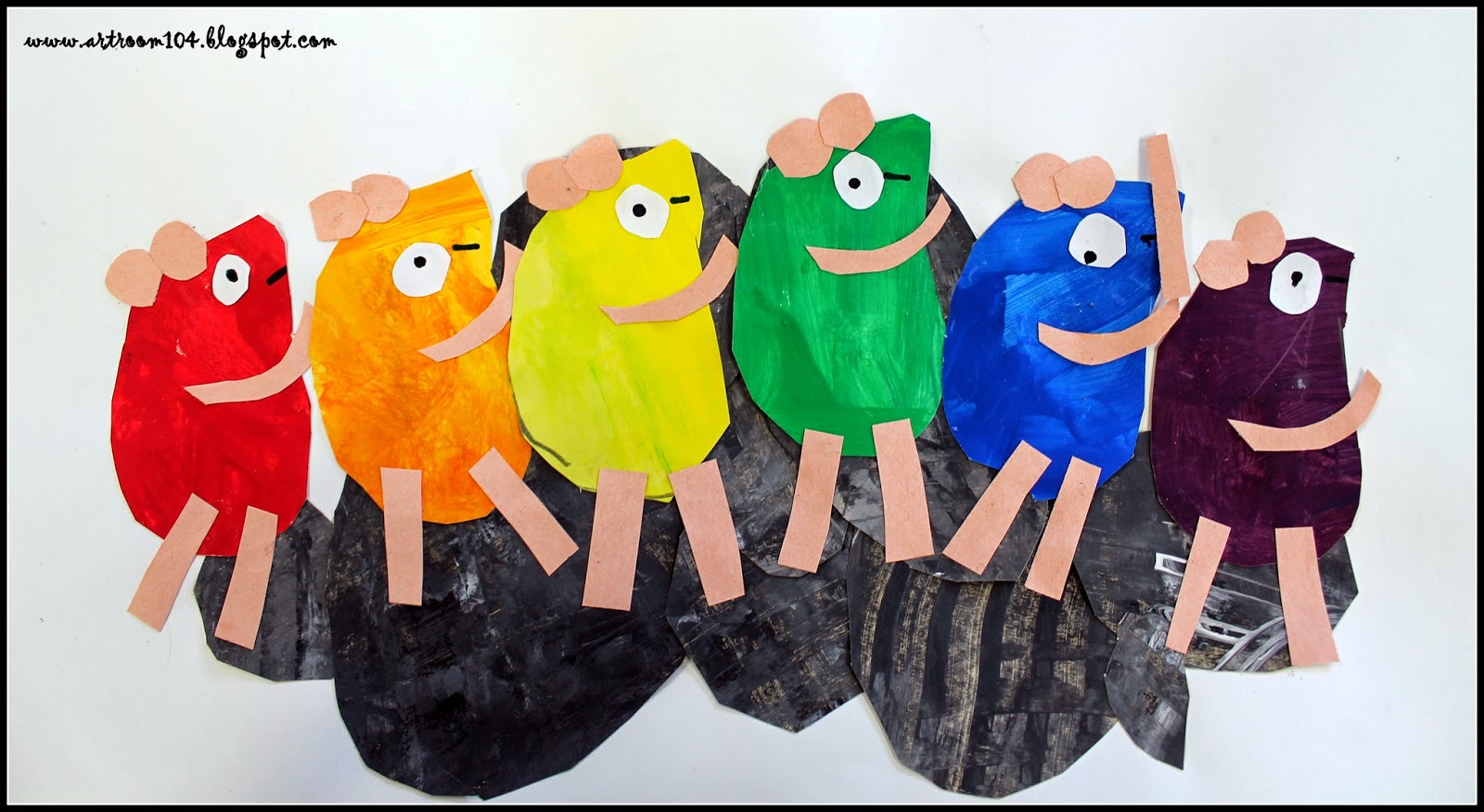 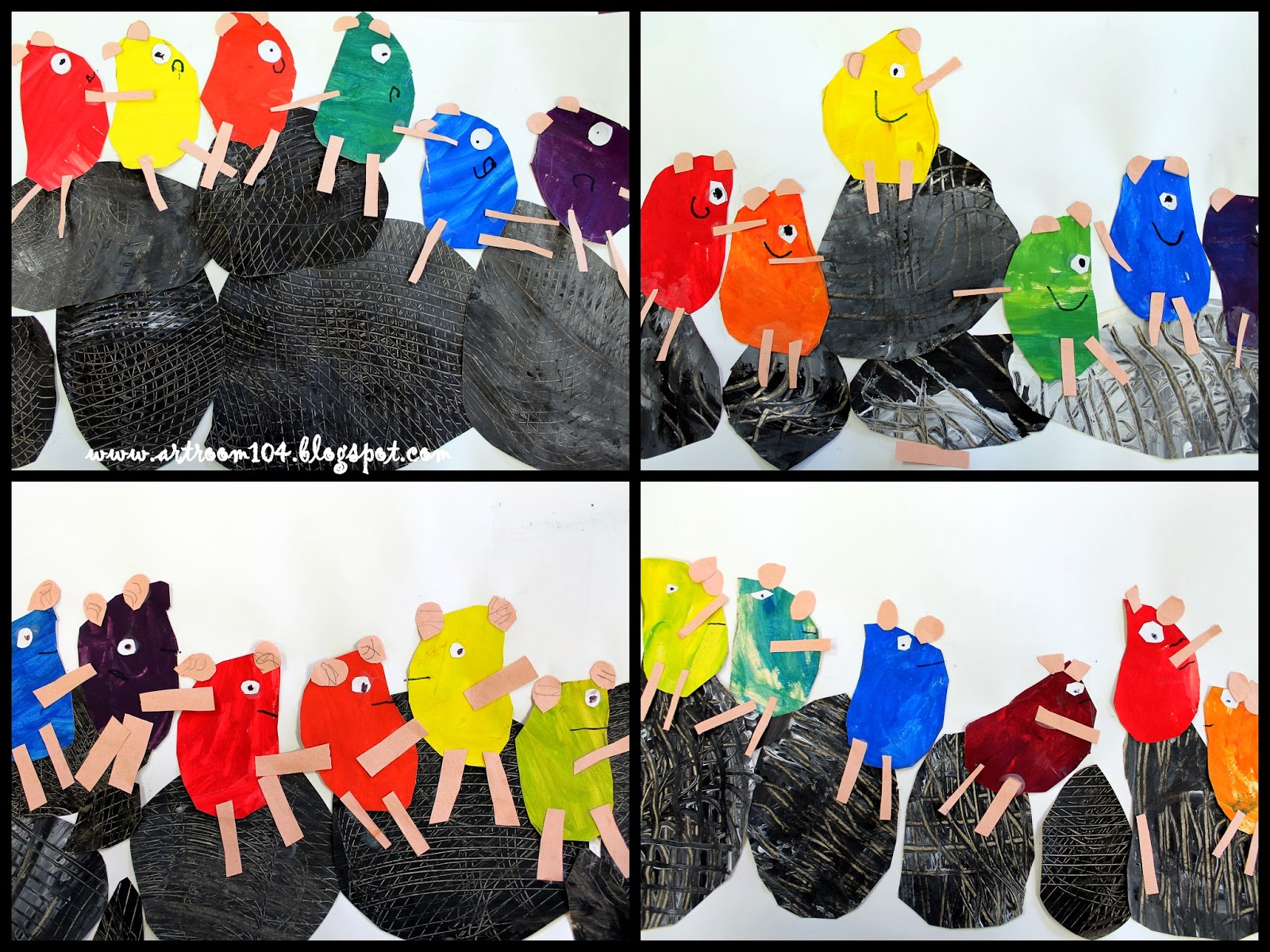 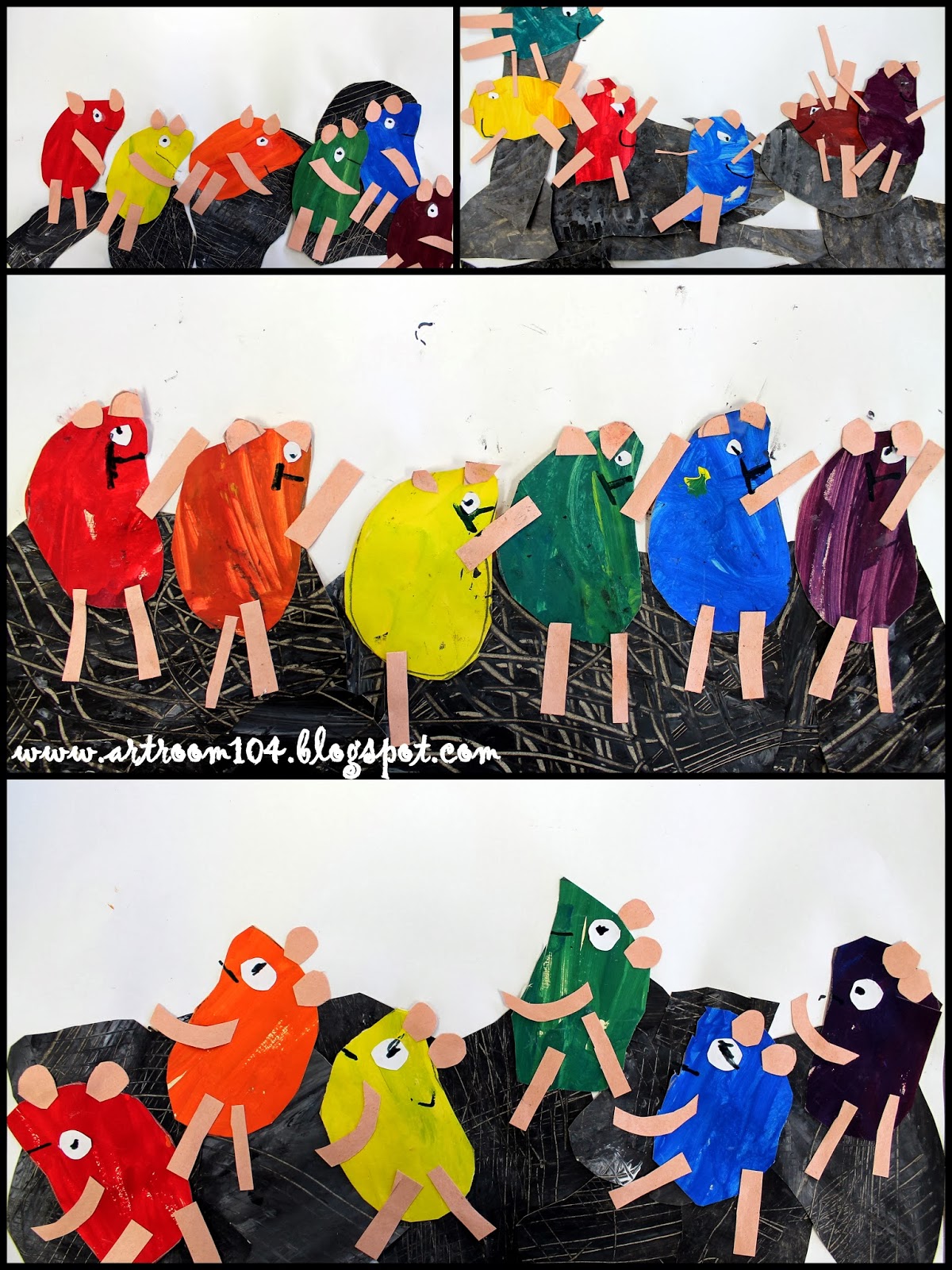