My 1st graders finished up these awesome winter landscapes right before we left for the winter break.  I really like introducing the concept of depth to 1st grade because I think they can actually understand it and work with it in simpler forms.  In the past, I've done pumpkin landscapes with depth and a Northern Lights landscape, so I decided to combine the two for this year's depth landscape!

This project took two days and about 10 minutes in a third class to complete.  On the first day, I showed students a video about how the Northern Lights are created (of which this fits really well into their Common Core Listening & Learning strand about Astronomy!).  We then got down to work drawing our landscape out.

Students used black oil pastel on black paper.  I first asked them to draw a big snowman, just the body, towards the bottom edge of their paper, and then a horizon line behind it.  I posed the question, "If you wanted to draw a snowman in the background, how would you do it?"  Most of them understood that it had to be drawn smaller, but I showed them how to draw it smaller and farther up on their paper.  Again, I had them draw a horizon line behind that snowman.  Then, I asked, "What if you wanted to draw a snowman in between those two snowmen? In the middle-ground?" It was like a light-bulk turned on above their heads! 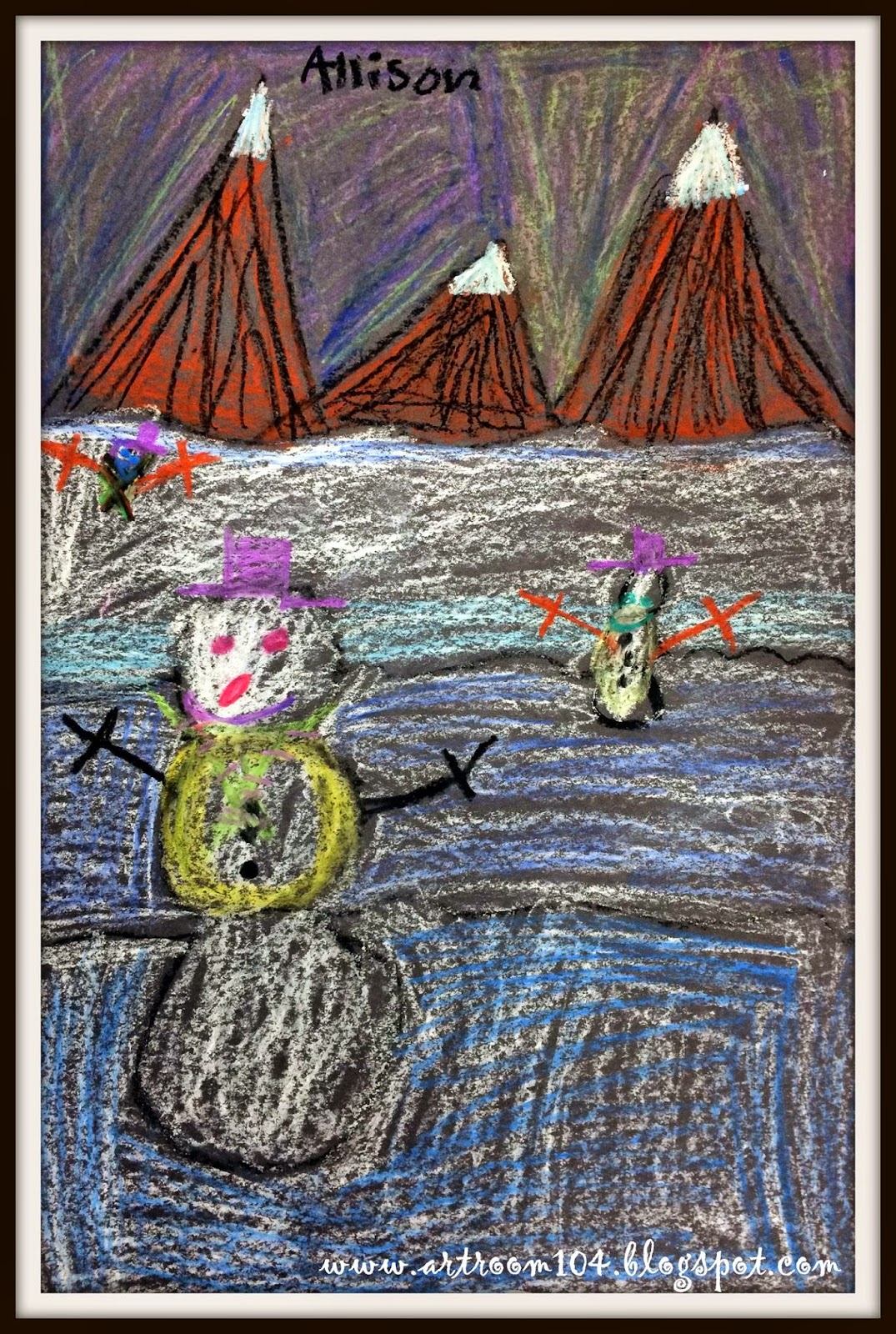 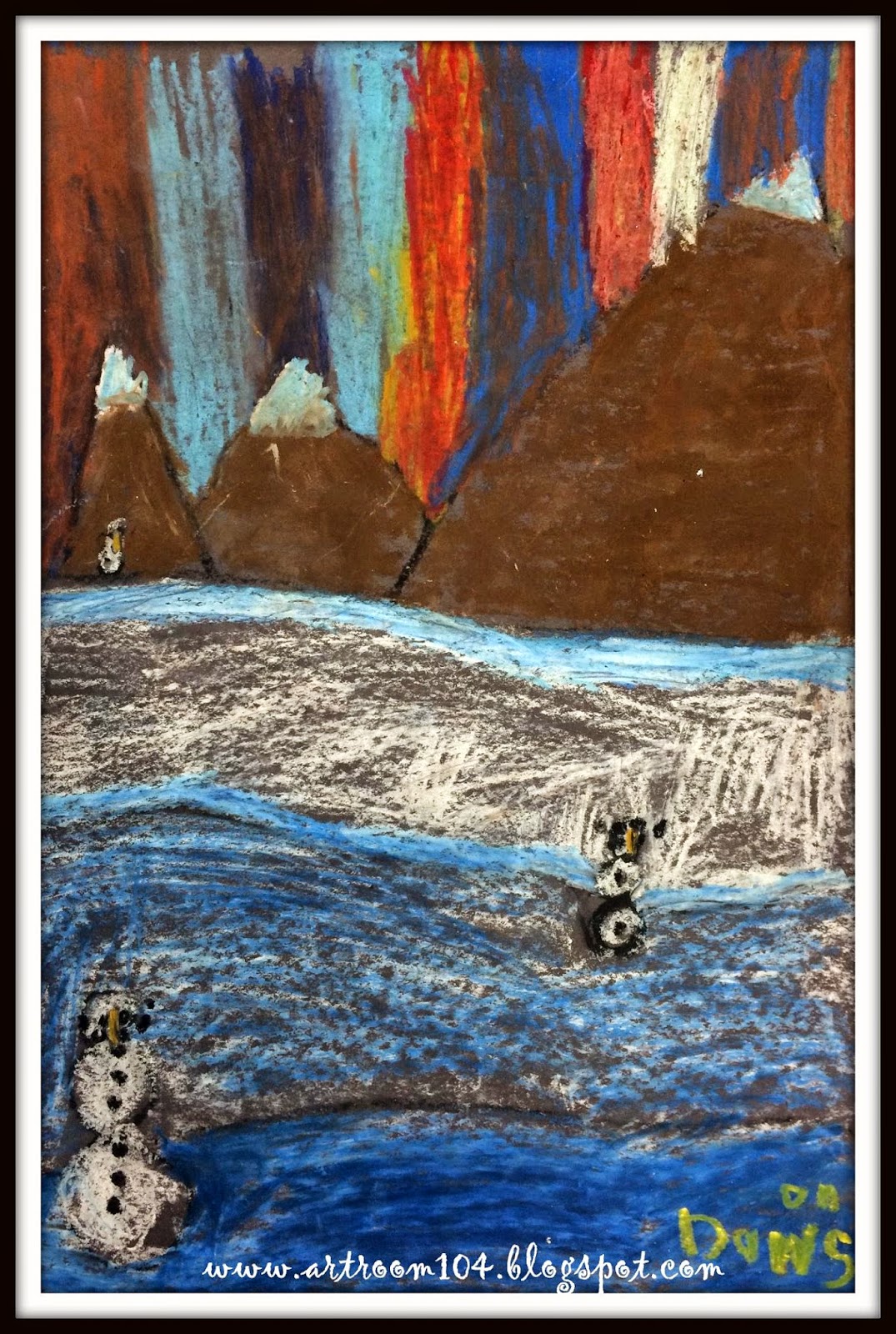 We added the mountains next, and then used three colors to create the Northern lights in the sky.  This all happened on day 1.

On day 2, we talked about how we were going to color all the snow.  If snowmen are white, and the snow on the ground is white, I explained that they would have to do something a little different to the snow so they wouldn't blend together.  Luckily, there was snow on the ground outside the windows so we could look at how the shadows from the building look blue in the snow! 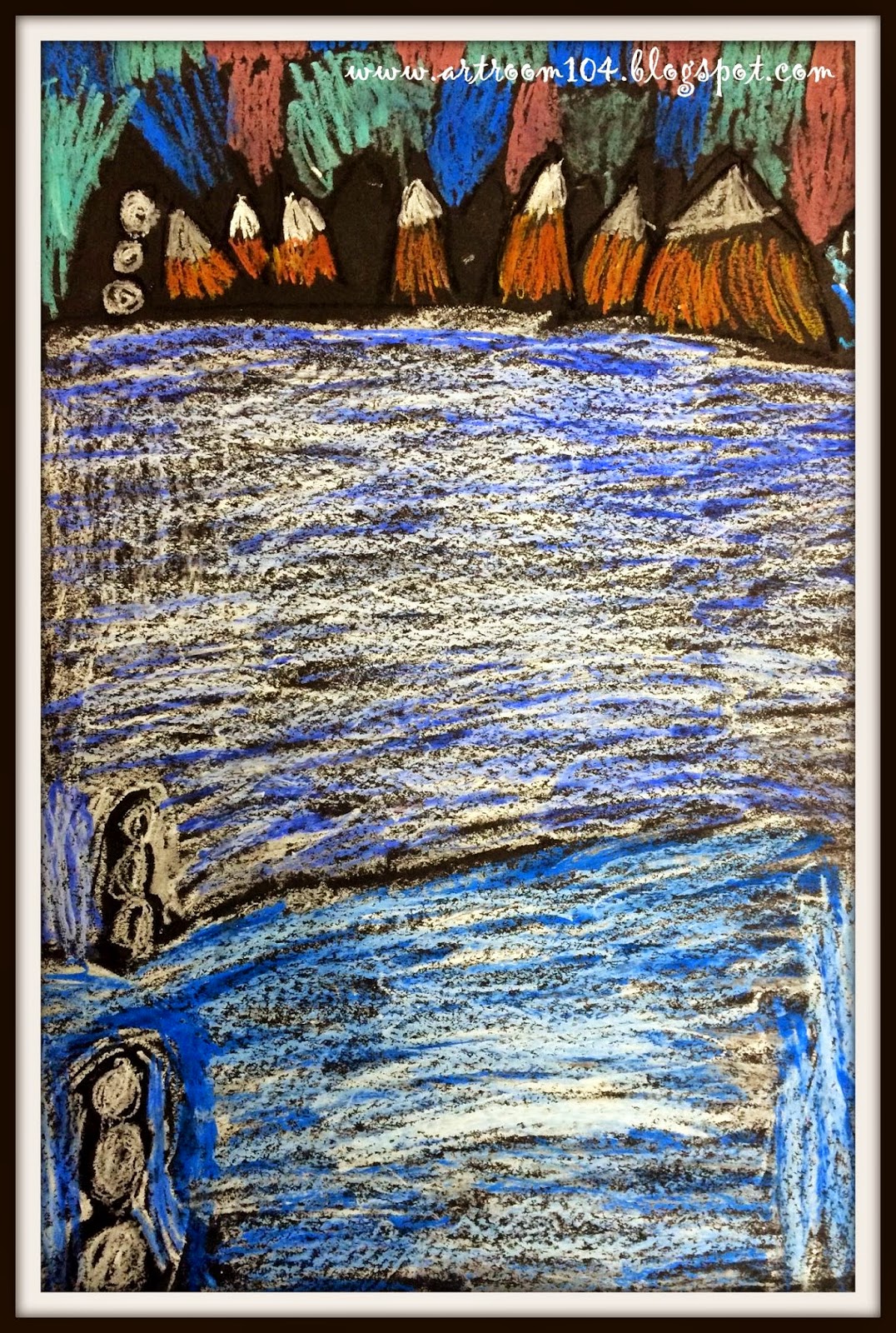 After the snow was colored, the mountains and the details on the snowmen were the last things left! 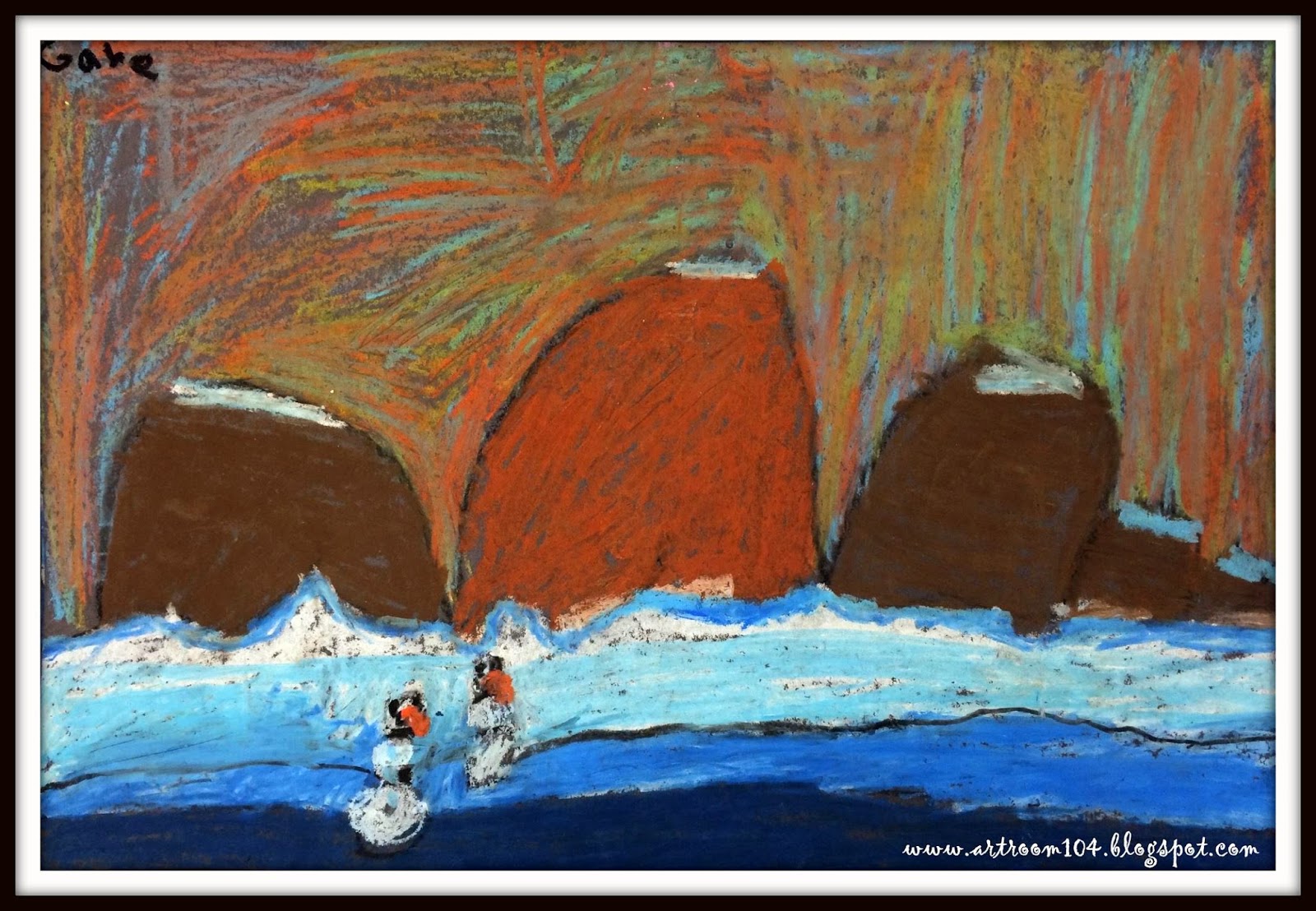 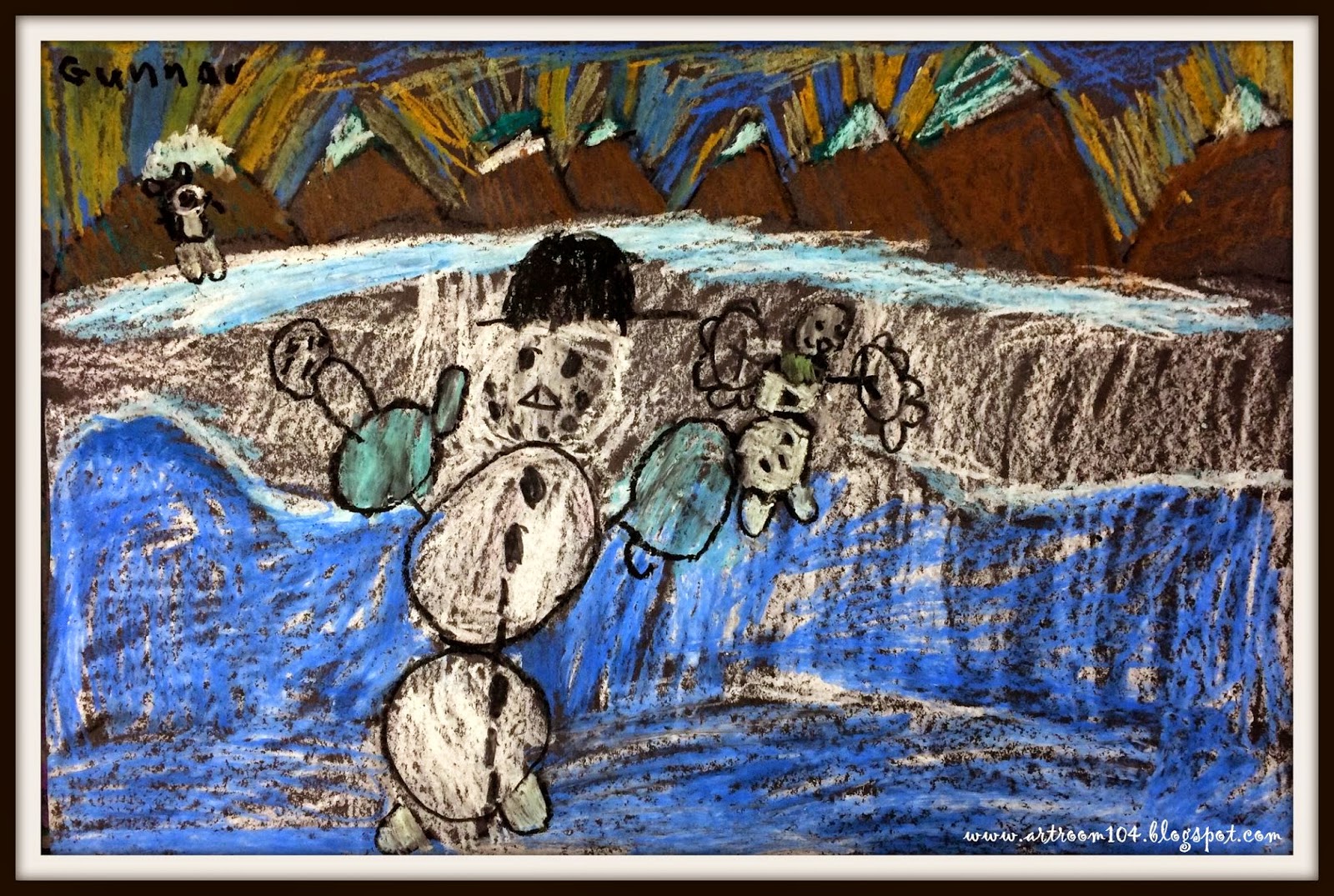 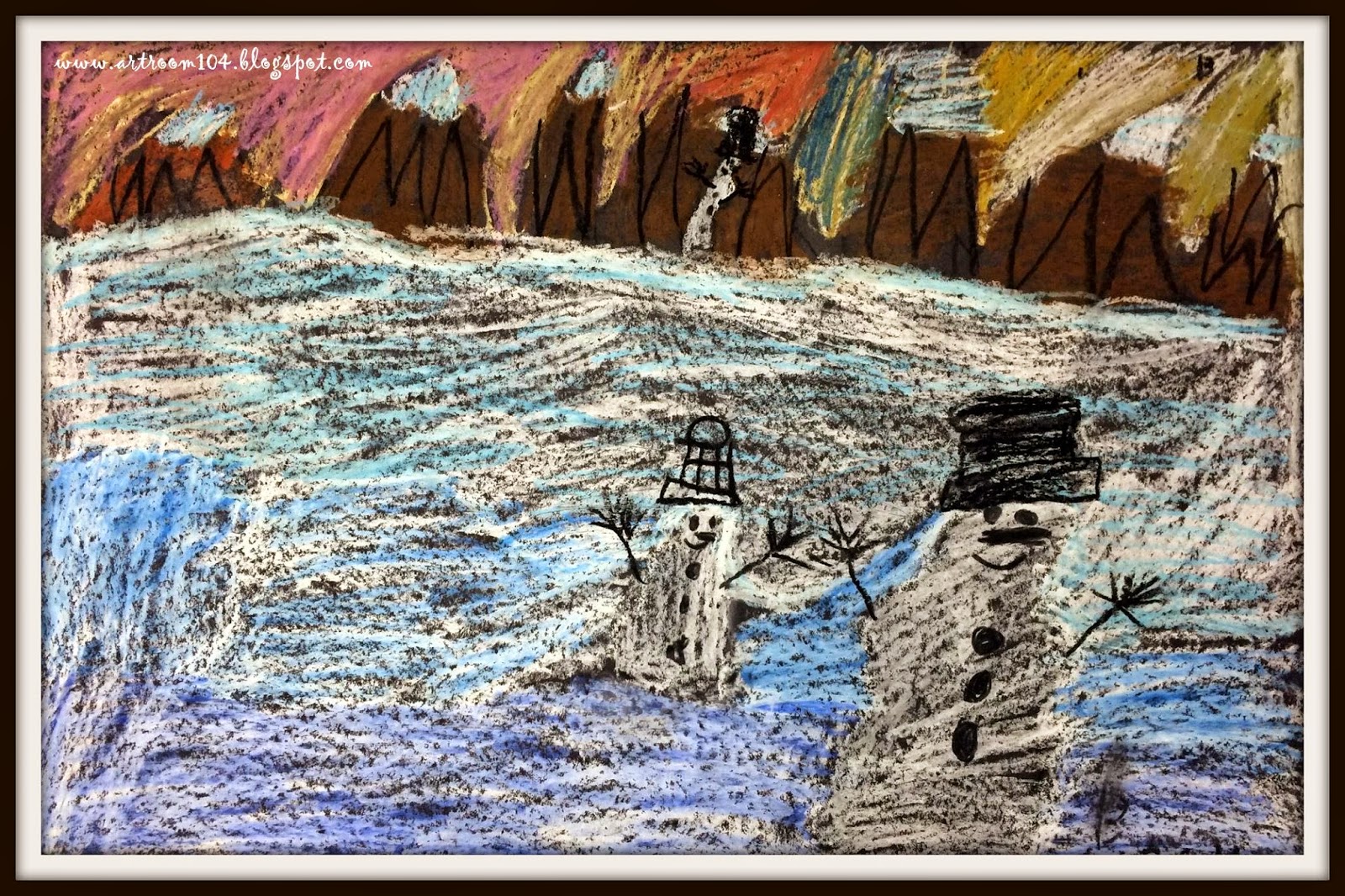 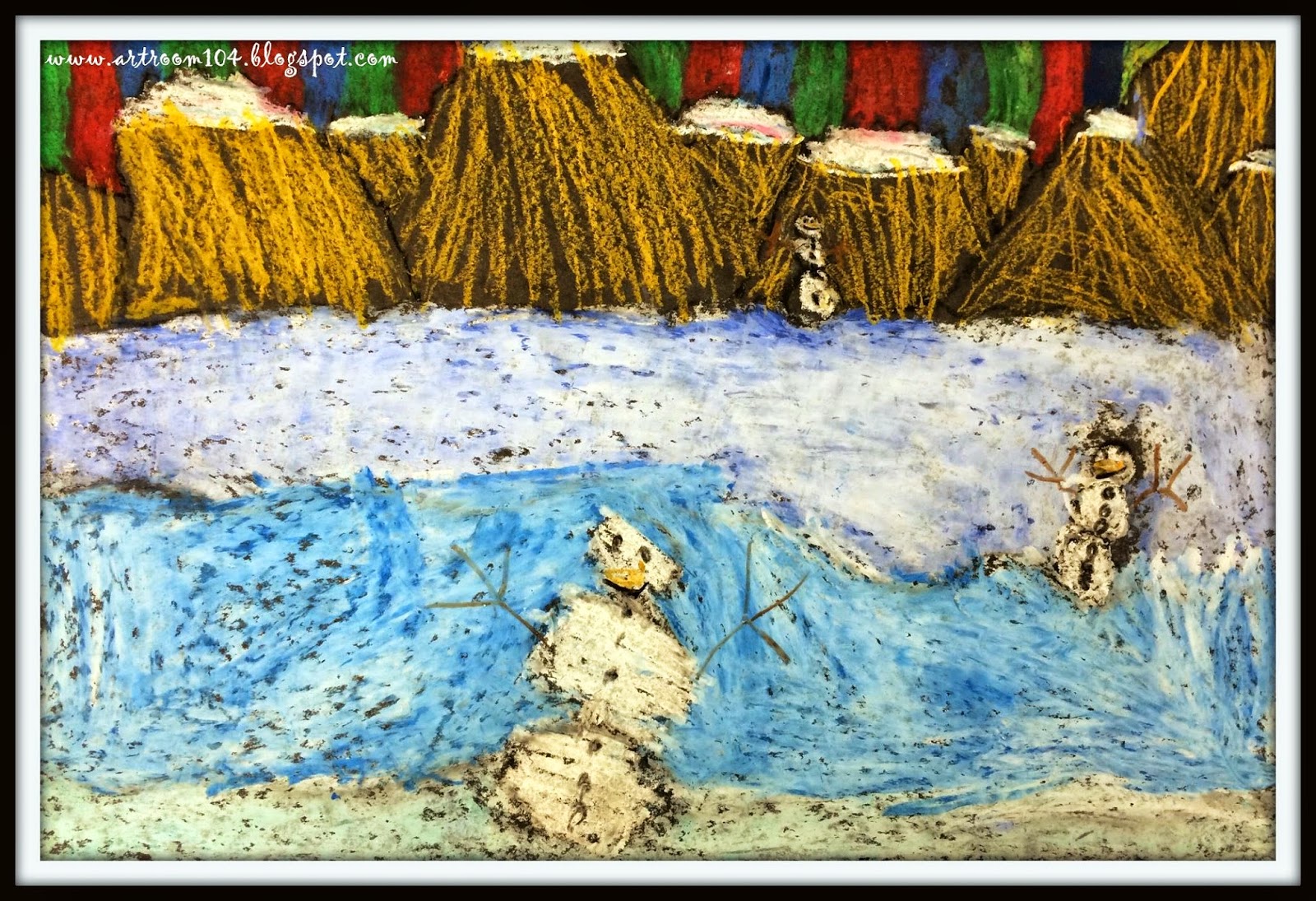 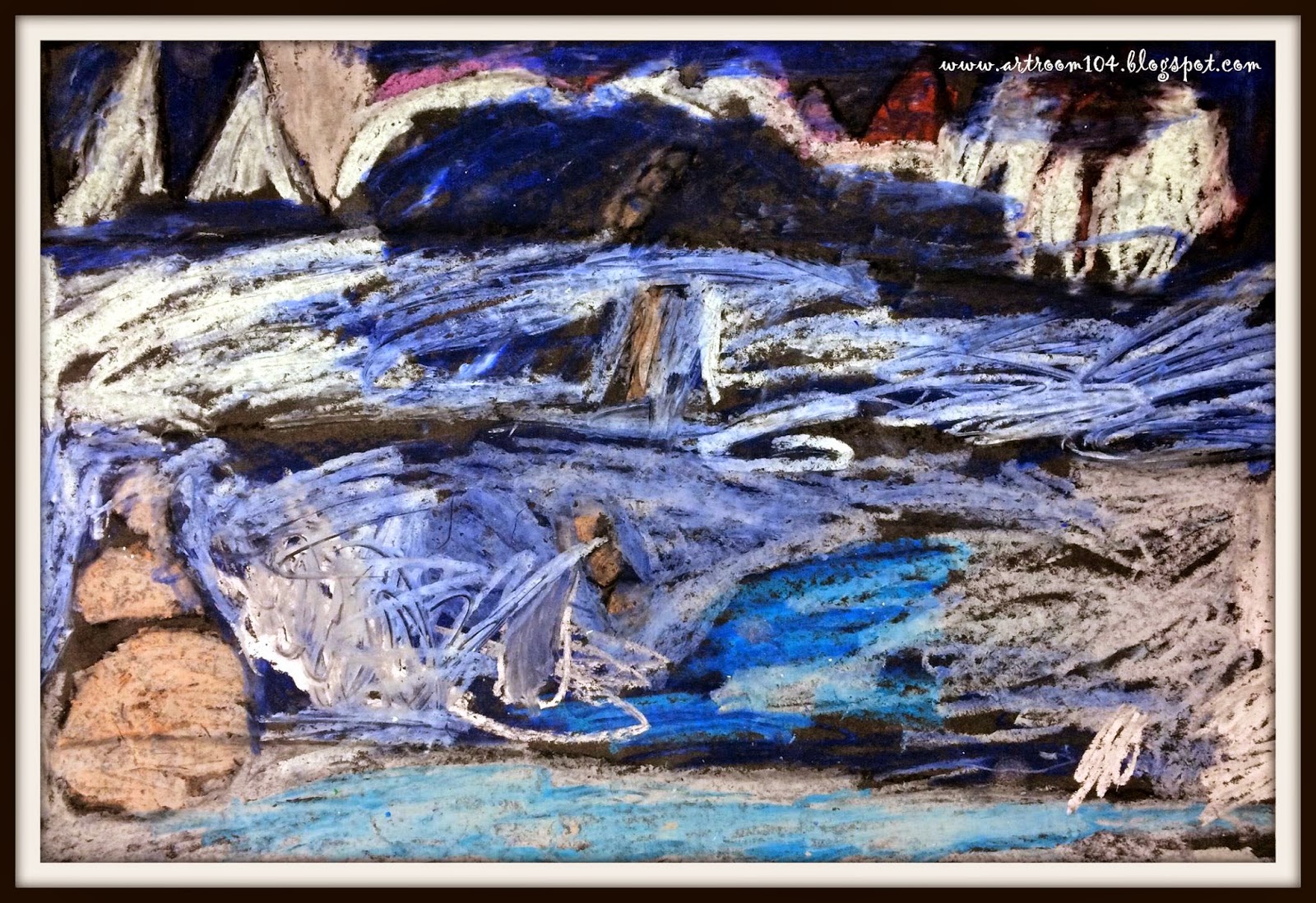