It seems like NYS really like the Ancient Greeks!  Maybe it's because we "borrowed" a lot of ideas from them to create our government and architecture.  Either way, the 2nd graders actually have two listening and learning strands based on the Greeks, and the second one was Greek Mythology.

When I returned from my maternity leave, the students were right in the middle of their mythology unit, so I decided to do some scratch art with them.  Second graders always LOVE to do scratch art!  This project took about two days, which is a really great time frame for a project when you only see a class once every six days.

On the first day, we made our scratch boards.  If you haven't seen it already, or you don't know how to make your own scratch board, you can see my tutorial here.

On the second day, we looked at some examples of Greek pots on the smartboard and I passed out a sheet that had different examples of Greek pottery types.  The students had to pick one type to draw.  They then were required to fill their pottery with images from a Greek myth they learned about in class.  Oh yes, they also had to draw a border with a pattern in it before they created their pottery.

I did this project last year with 6th graders, and I have to say that I think the 2nd graders did just as well on it as the 6th graders did.  Knock this off the list of 6th grade projects and move it to 2nd grade! 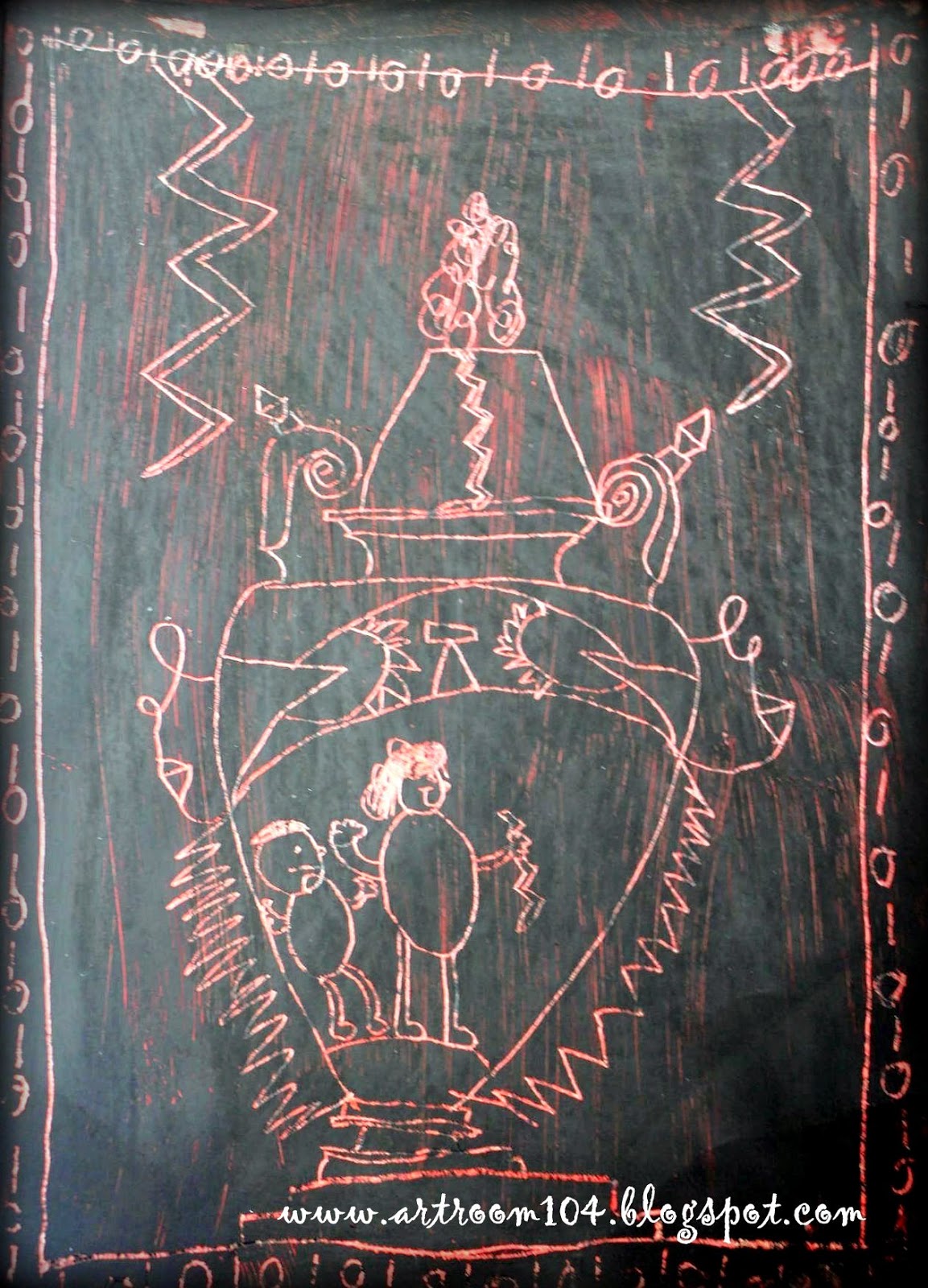 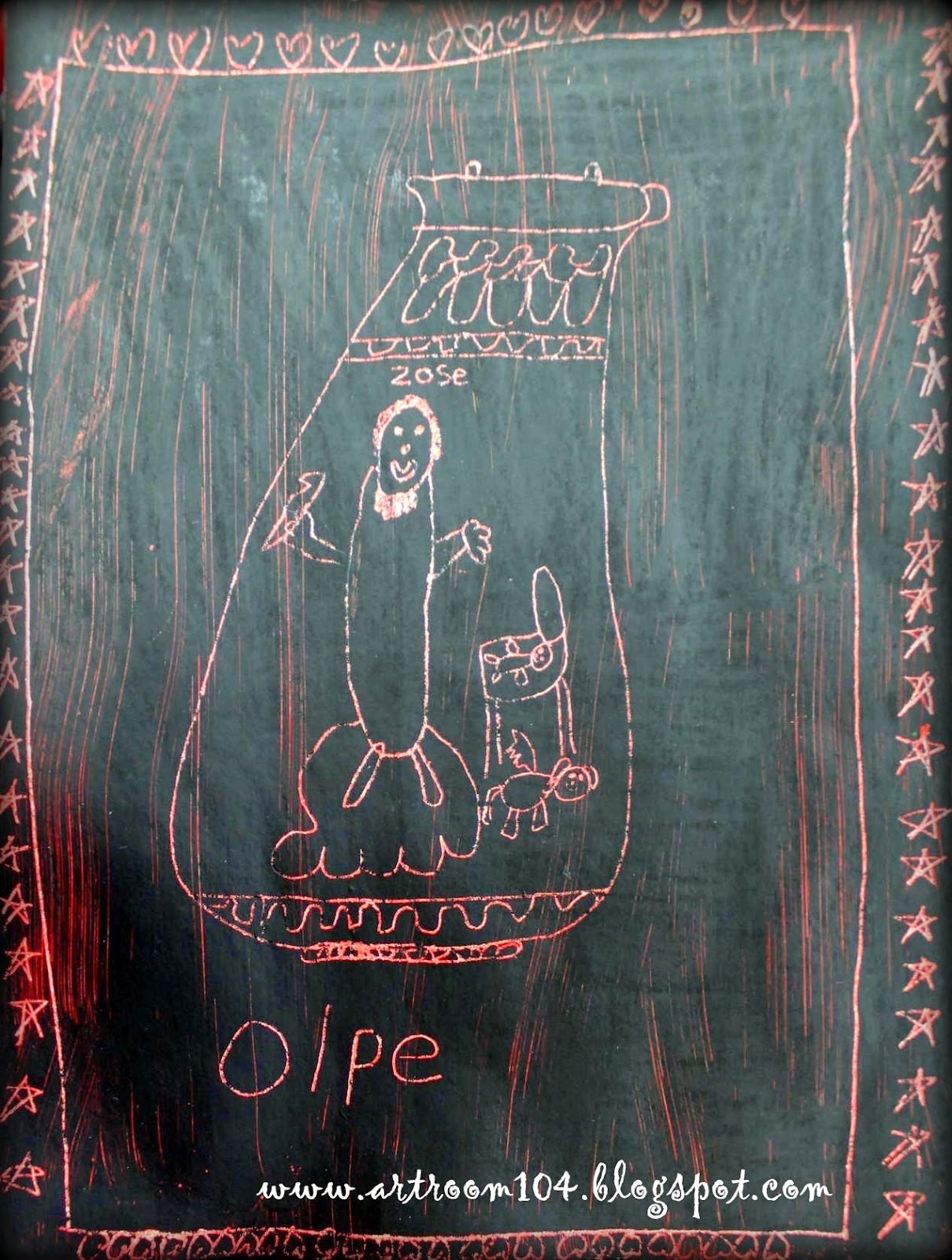 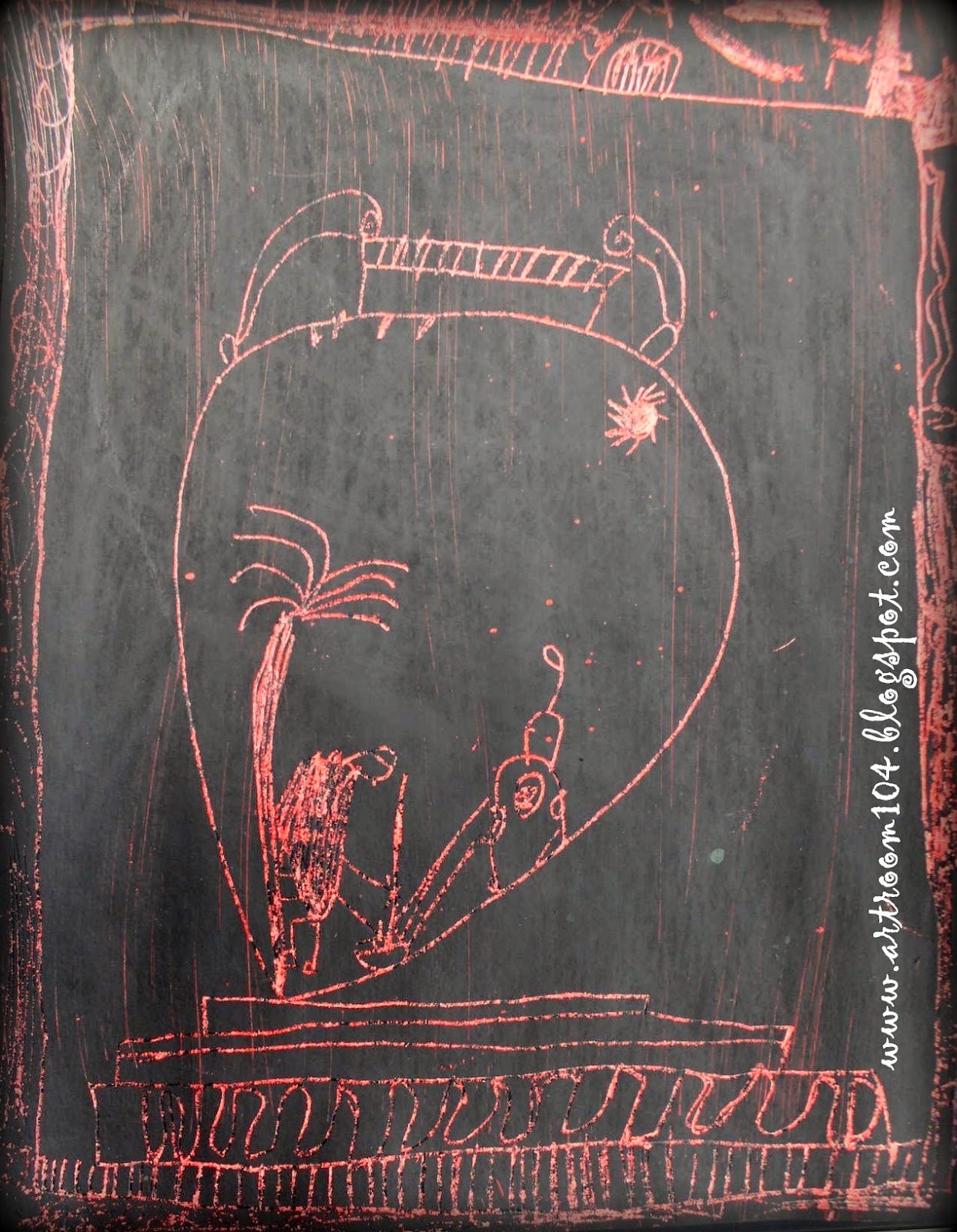 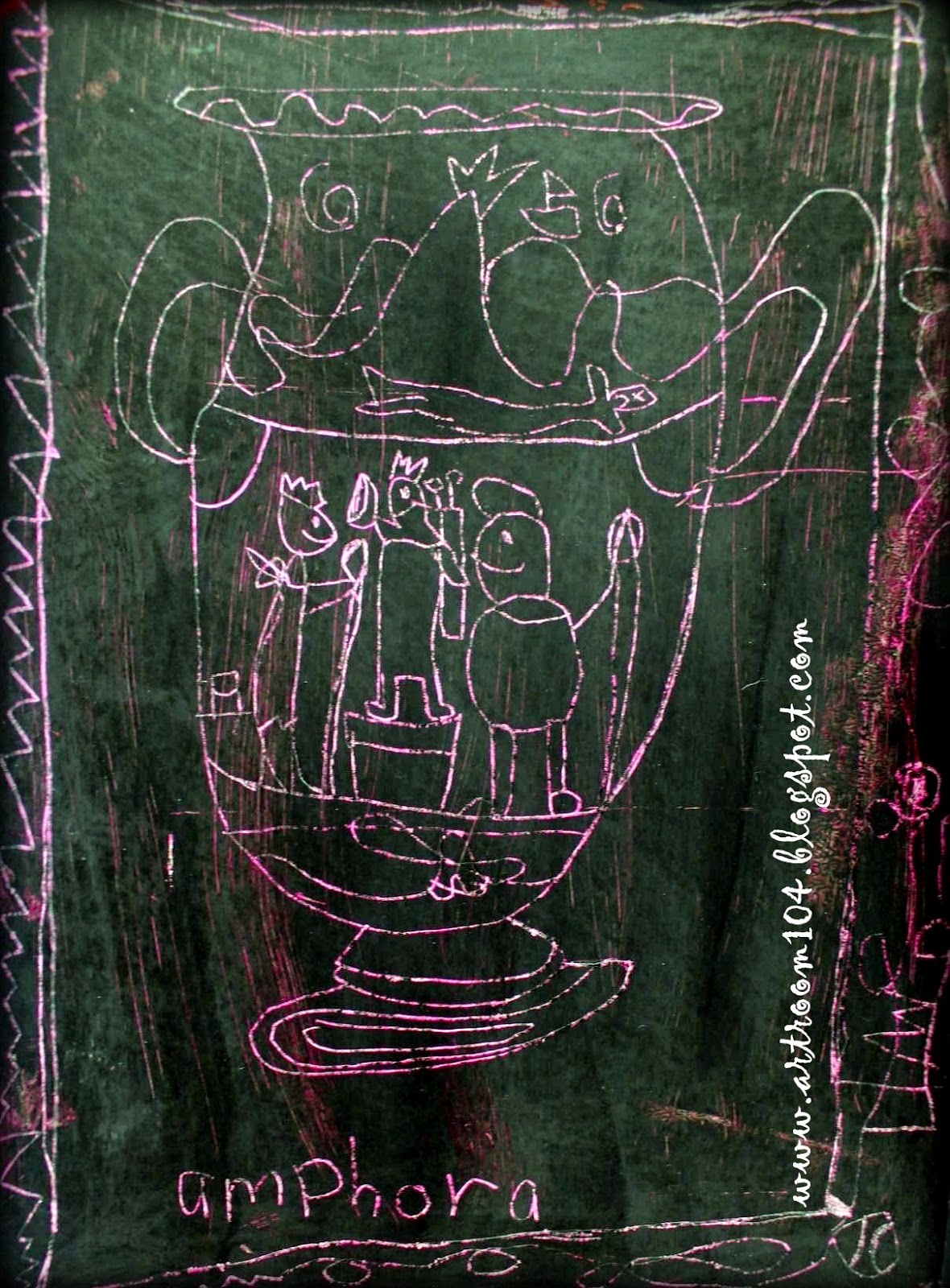 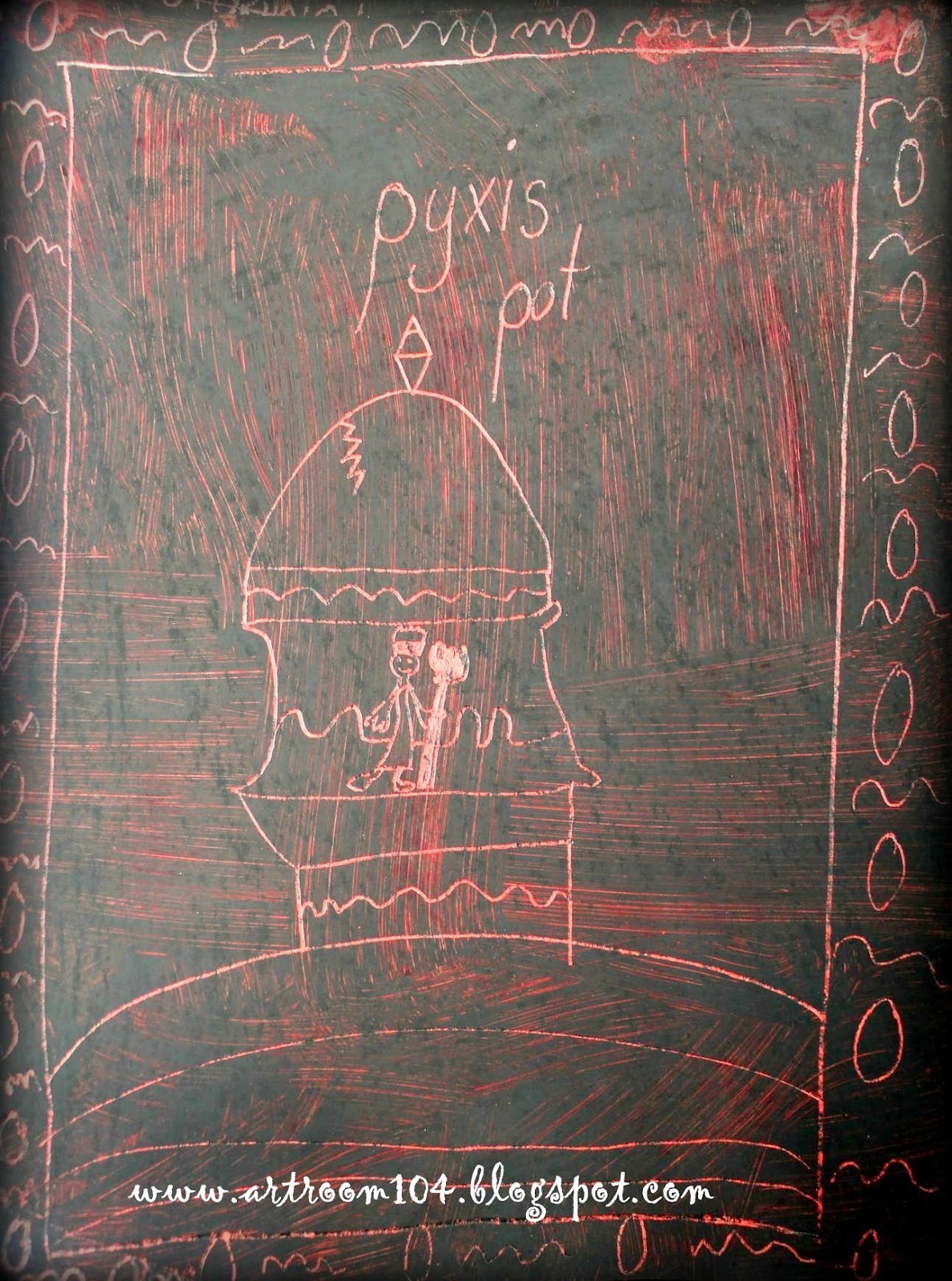 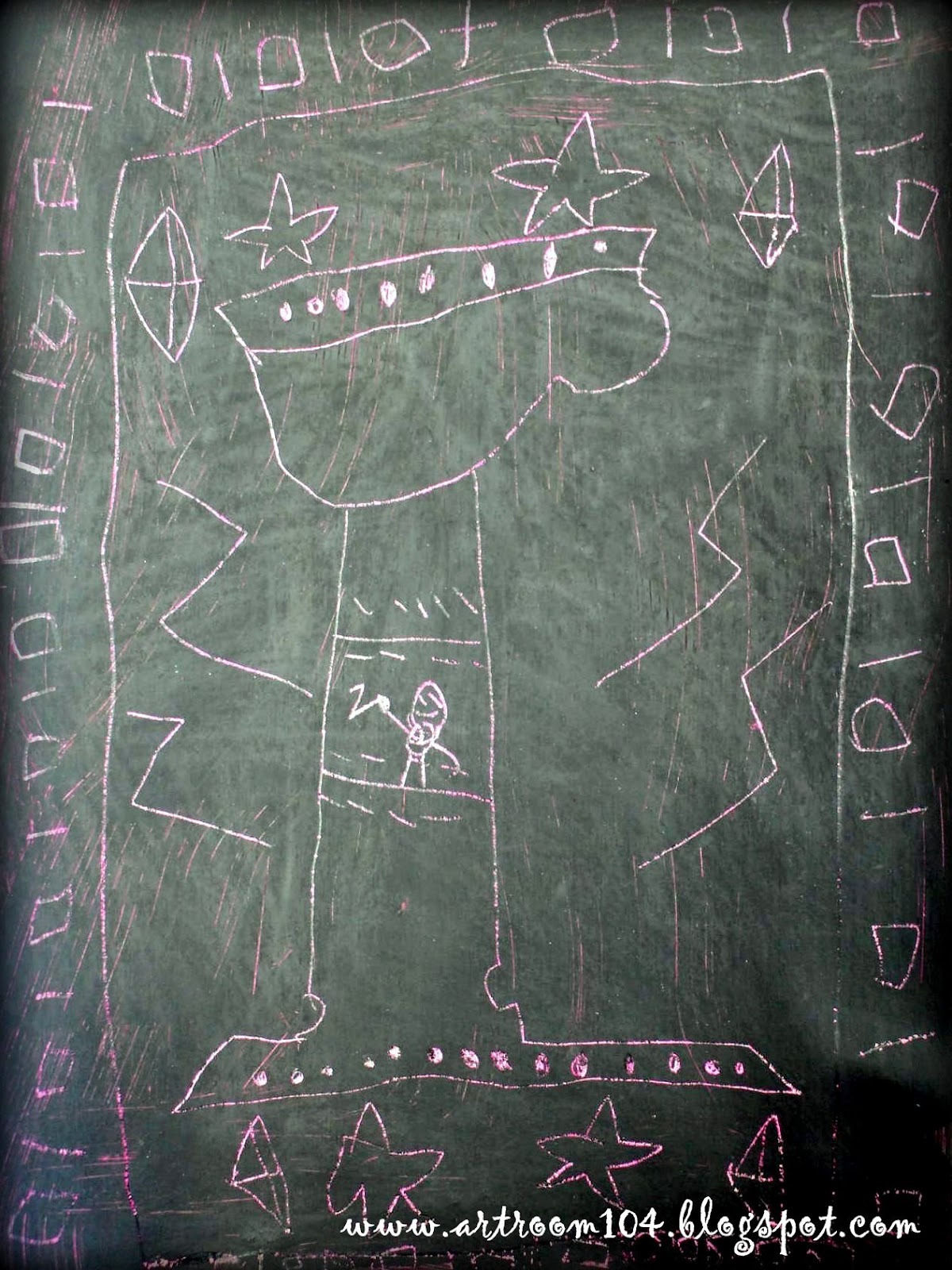 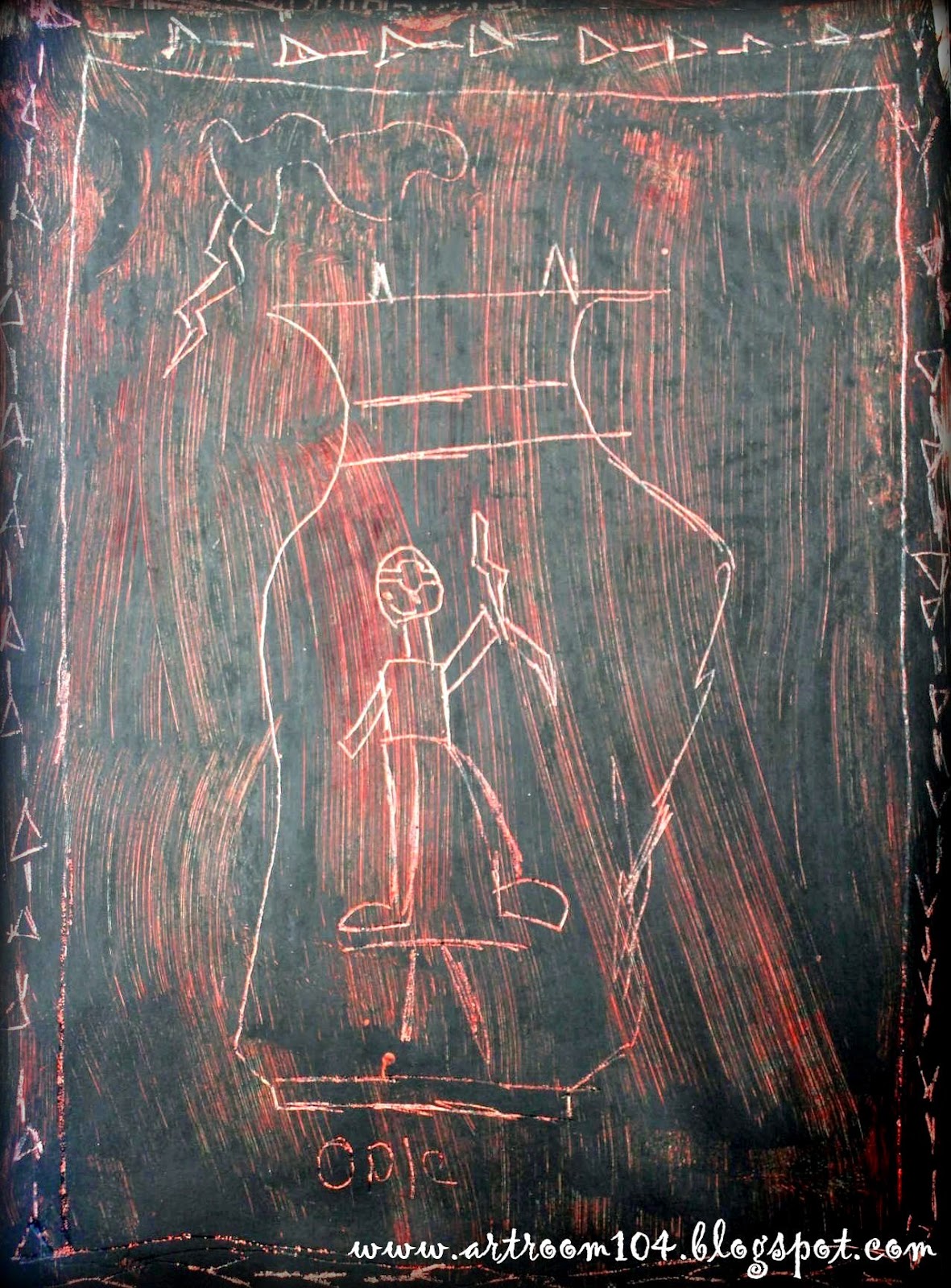