As if you didn't have enough Greek art jammed down your throat...here's a little more!  These are the Greek columns my 6th graders completed this year.  We did these at the same time that they learned about the Greeks in Social Studies (which was shortly after they finished reading Percy Jackson and the Lightning Thief in ELA as per a Common Core unit).

Previously, I wrote about how I was a little worried about the quality of these compared to the ones I did two years ago when I saw the students twice in a cycle.  For this project, I did the demonstration of how to build the columns at the end of the first class.  The second class they built them, and then the third class they smoothed them out and carved into them.  When they were fired, students took a fourth class to glaze them.

Previously, I allowed two days for construction, a day for refinement, and two days for glazing, which unfortunately would have taken FOREVER with the schedule I had this year.  Despite the time setback, I was pretty impressed with the columns they built!  Most students went for the Ionic column, but there were a few Corinthian types in there too! 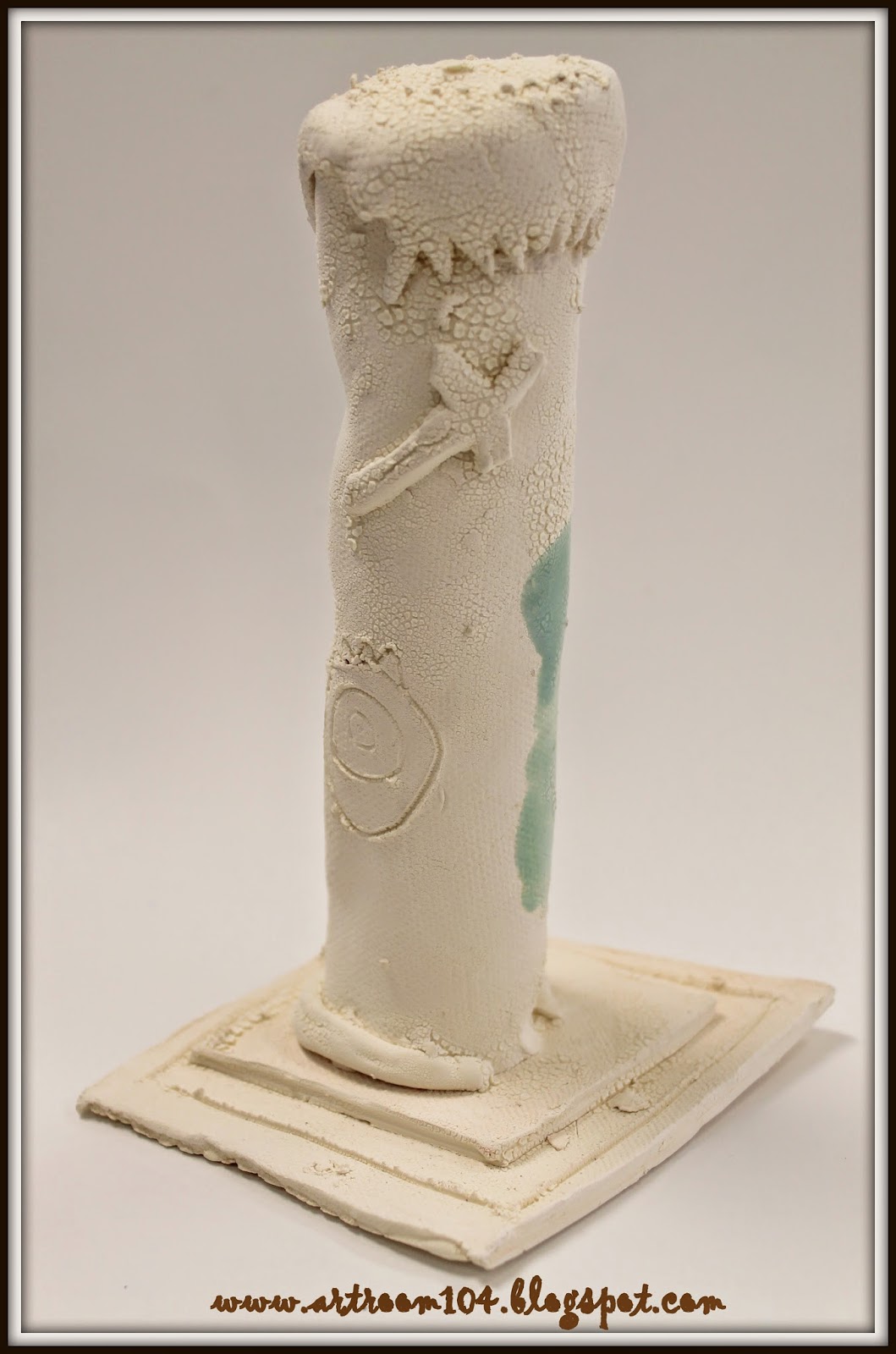 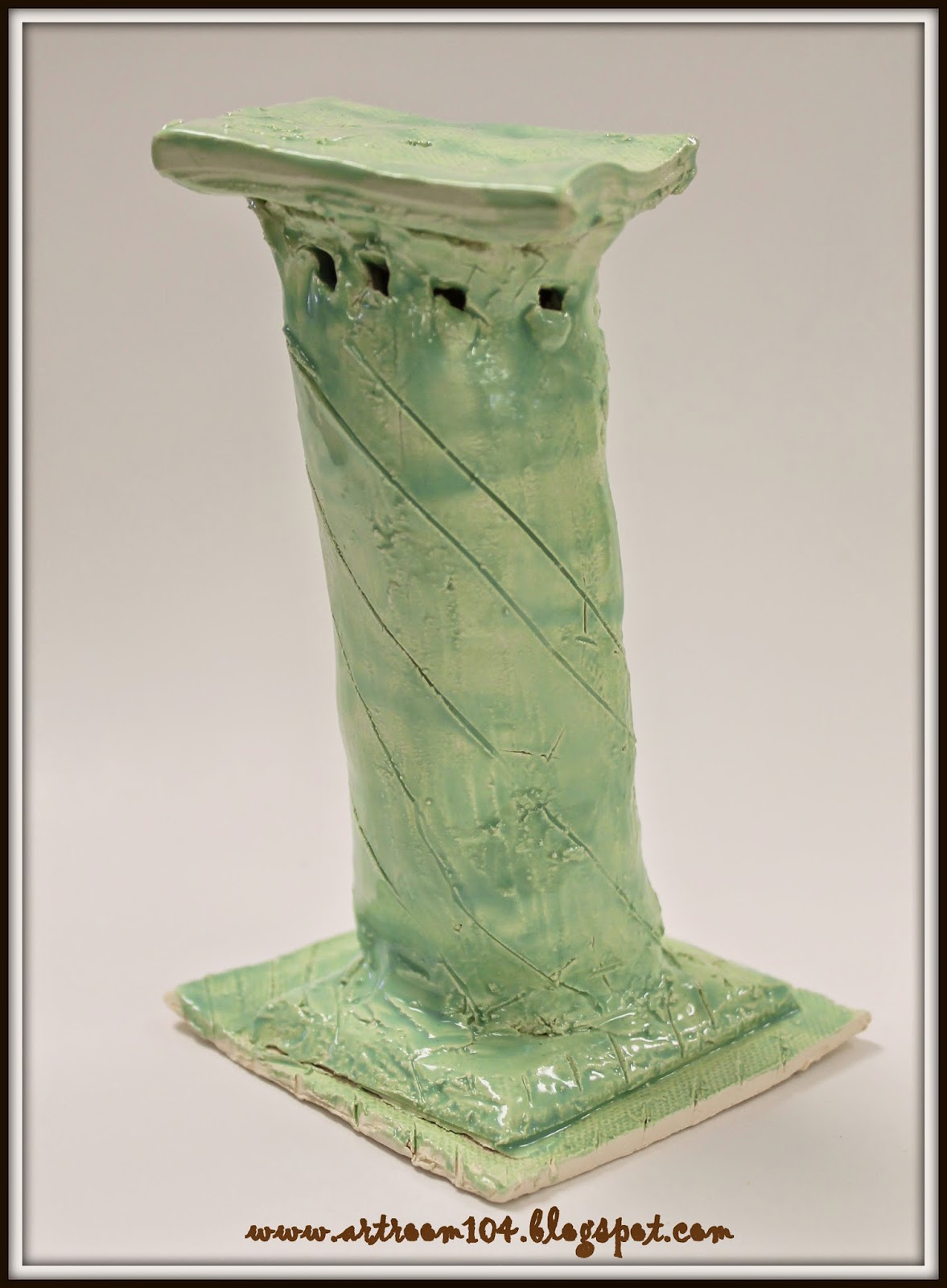 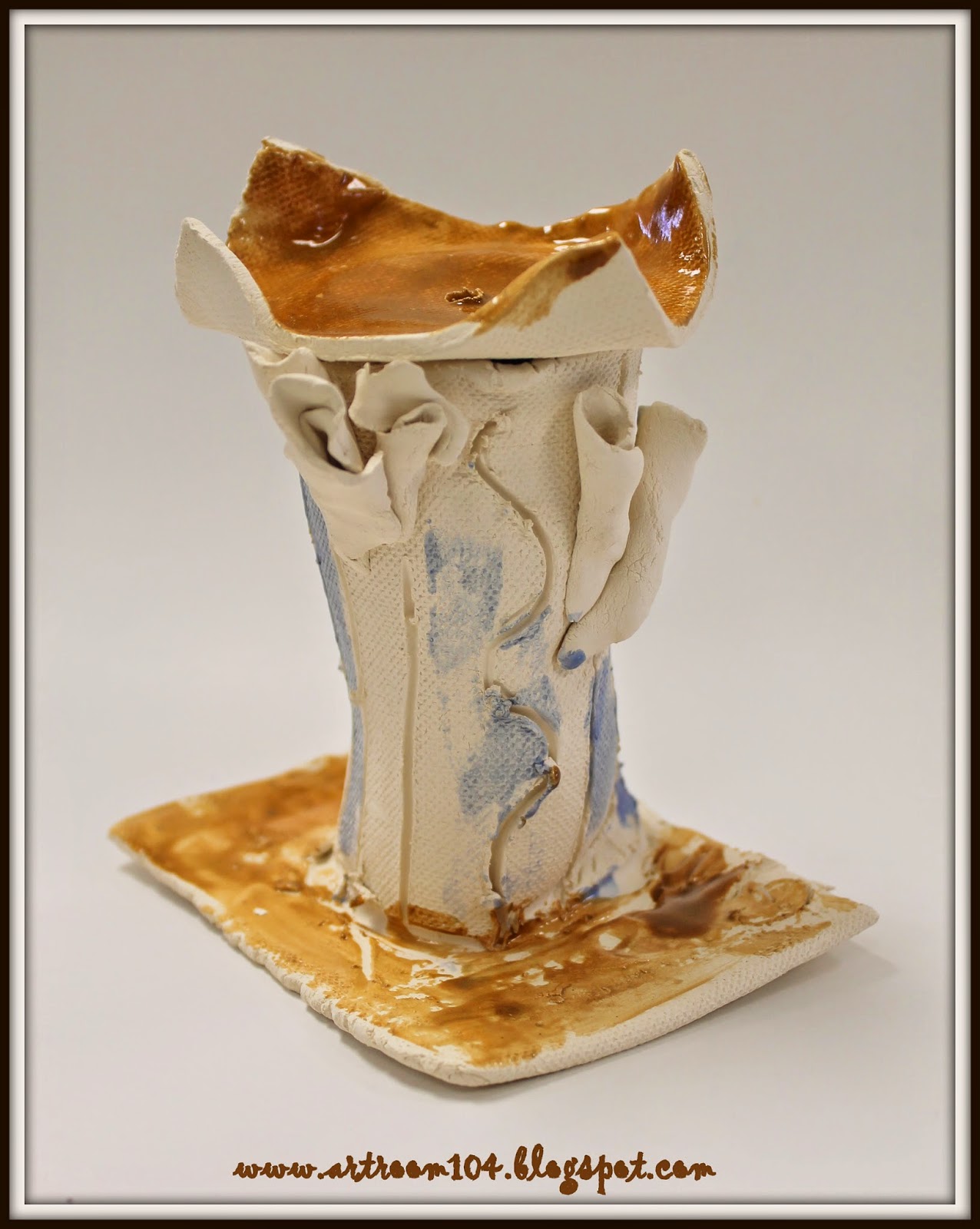 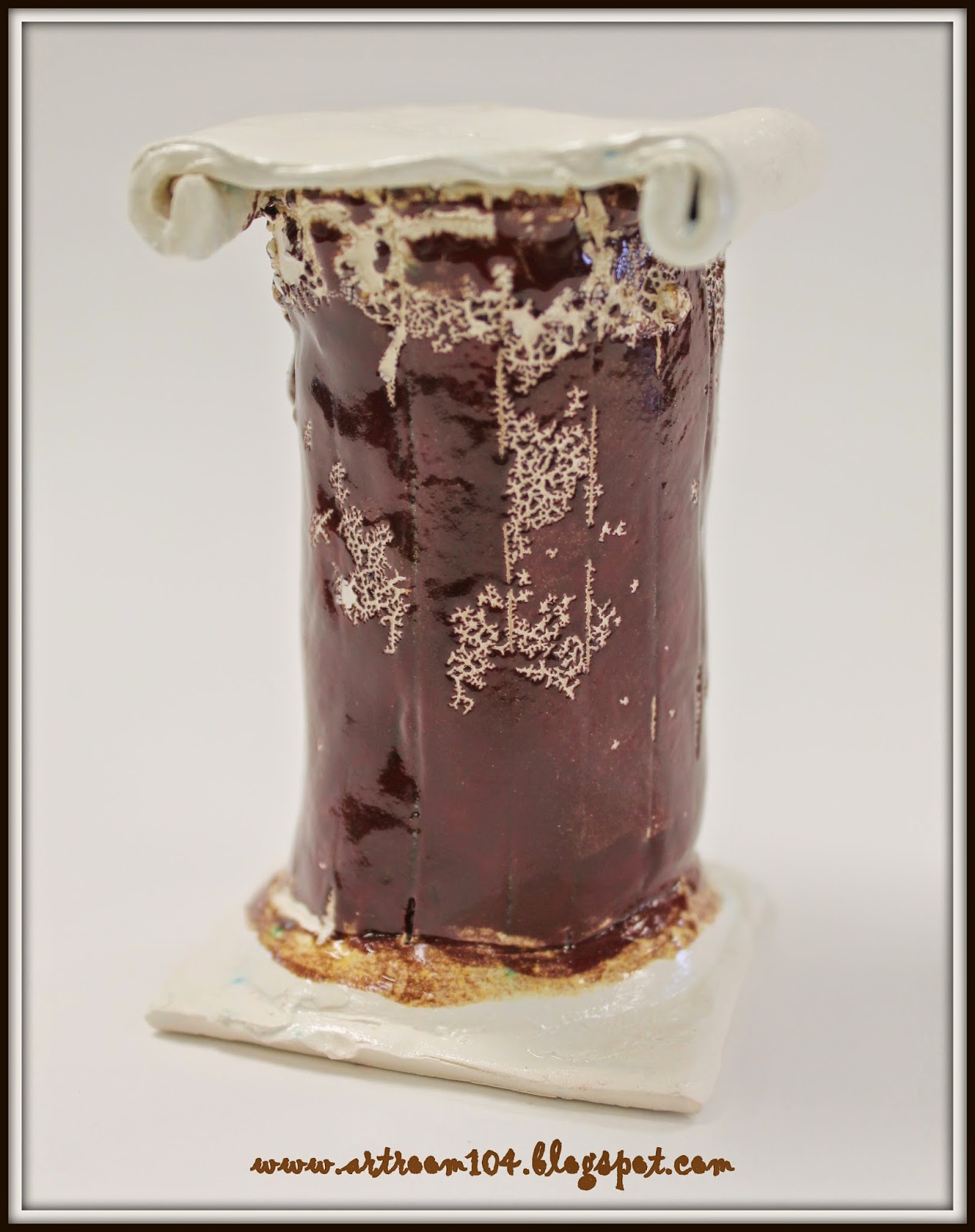 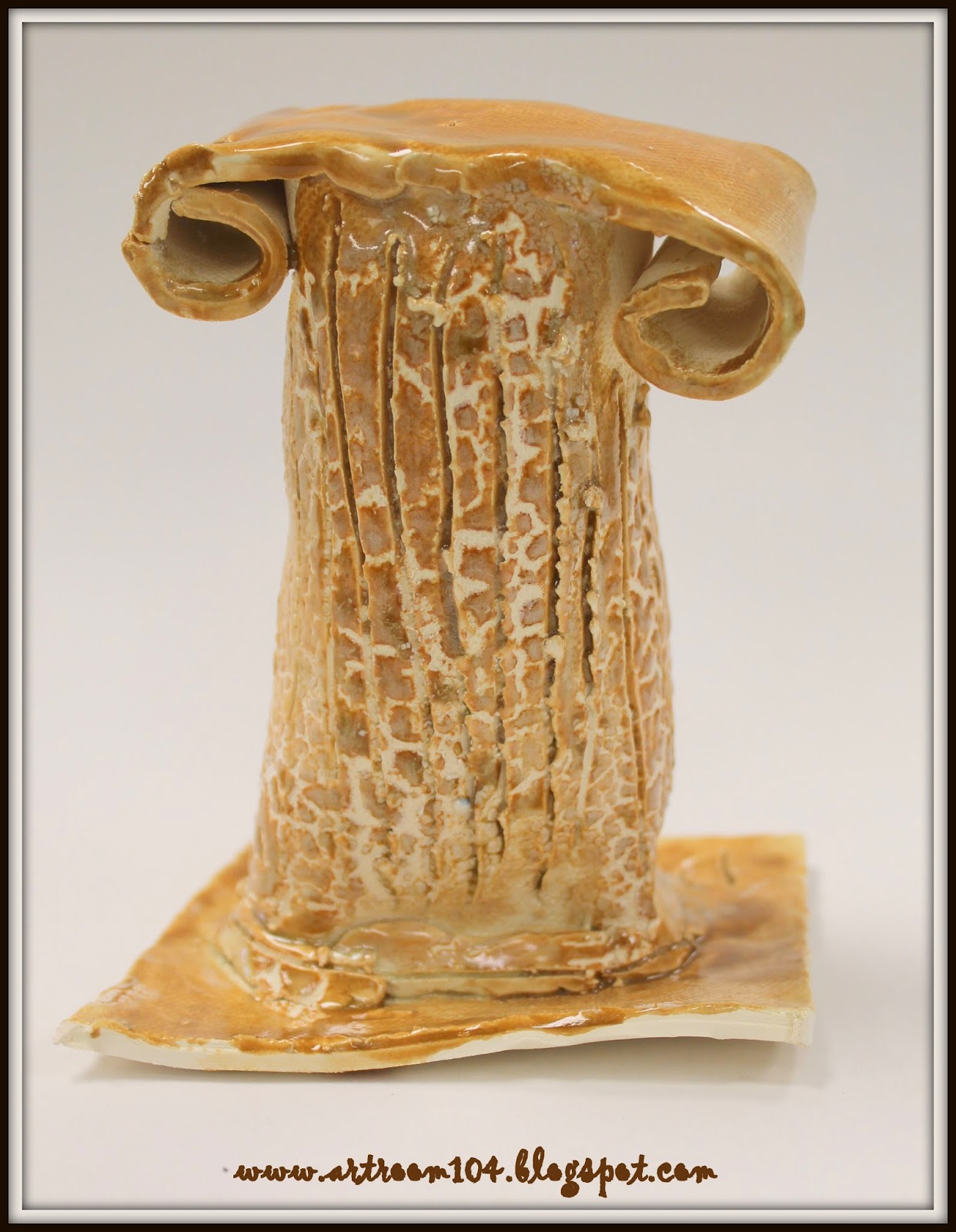 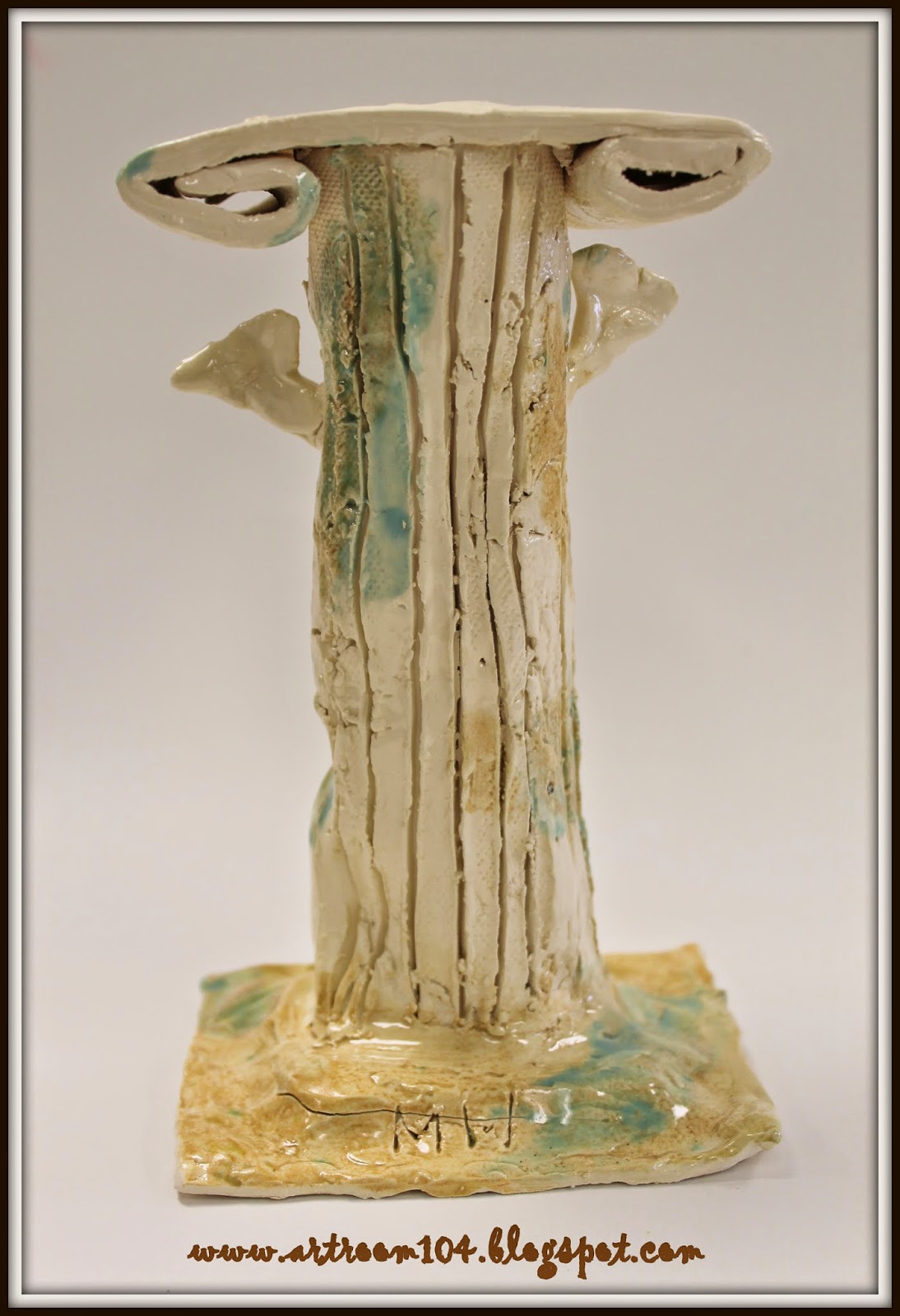 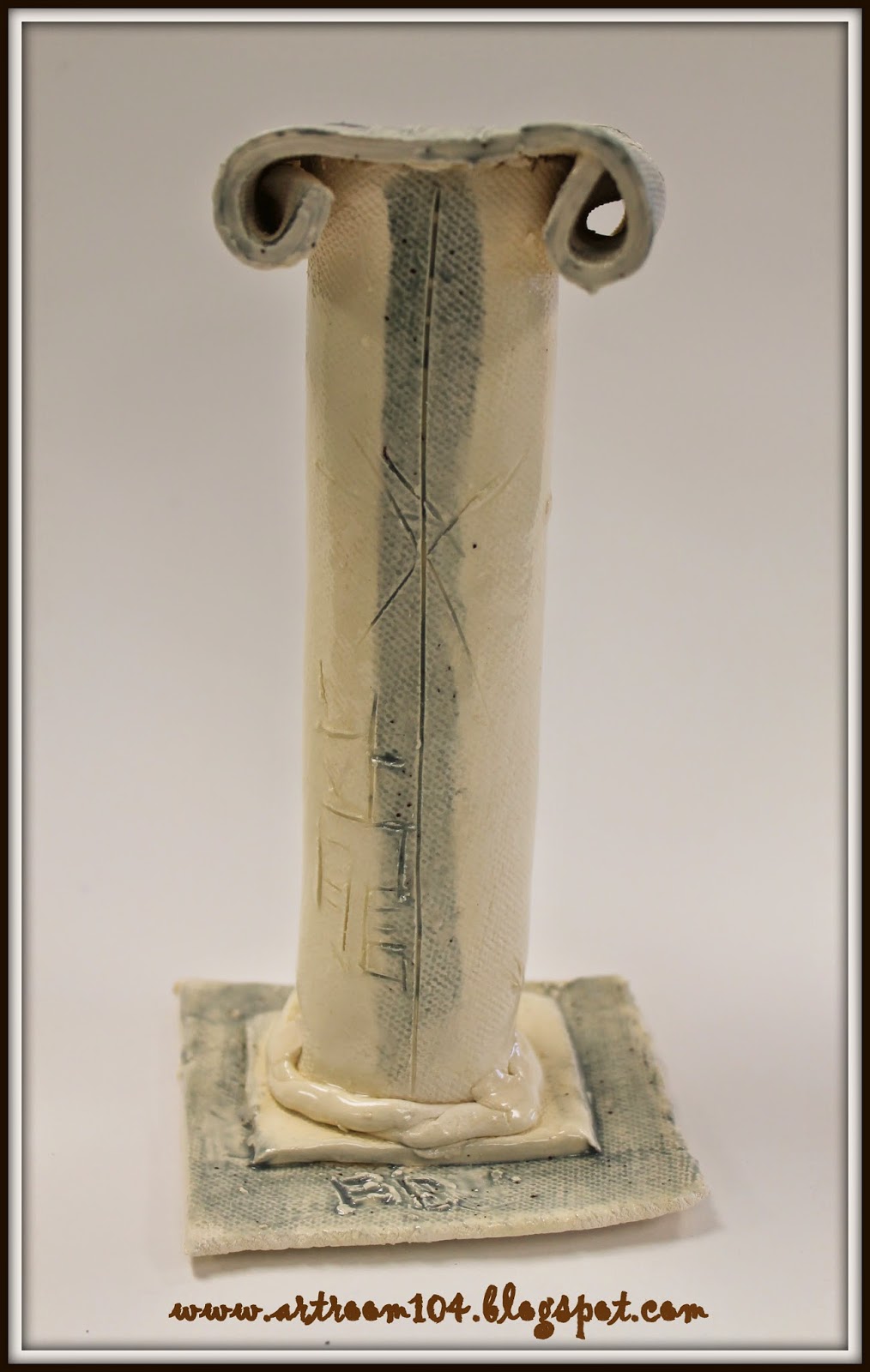 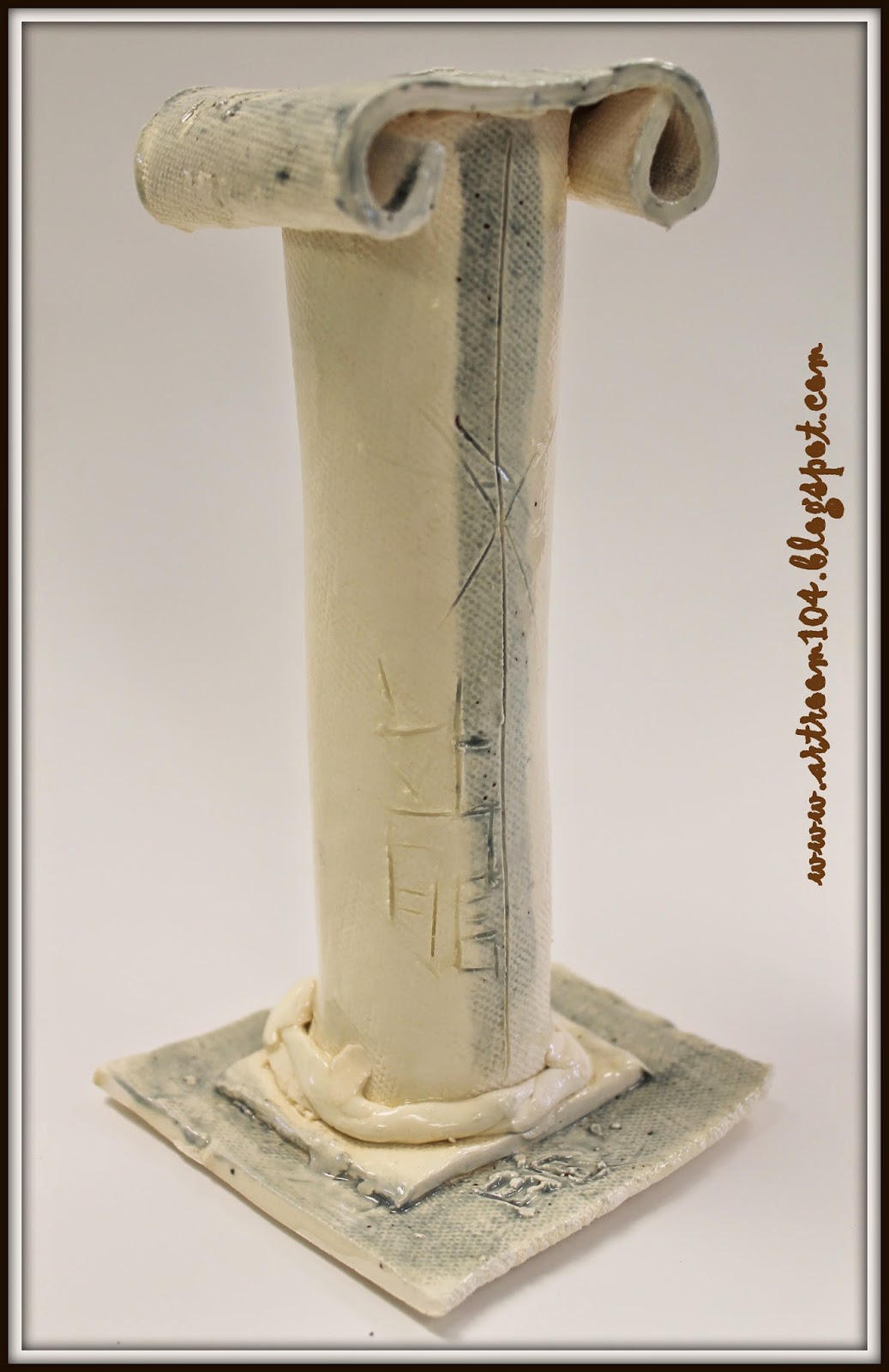 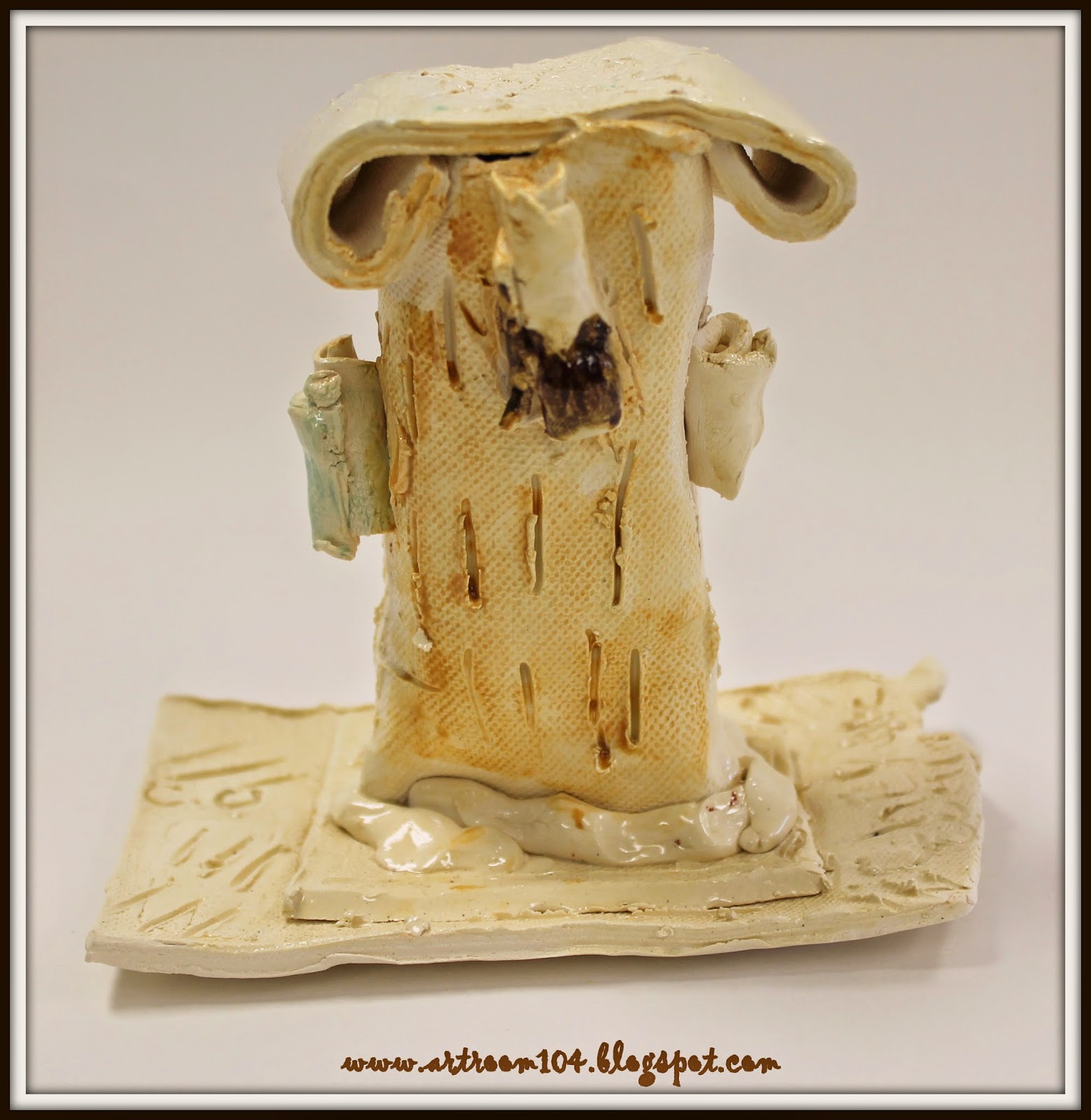 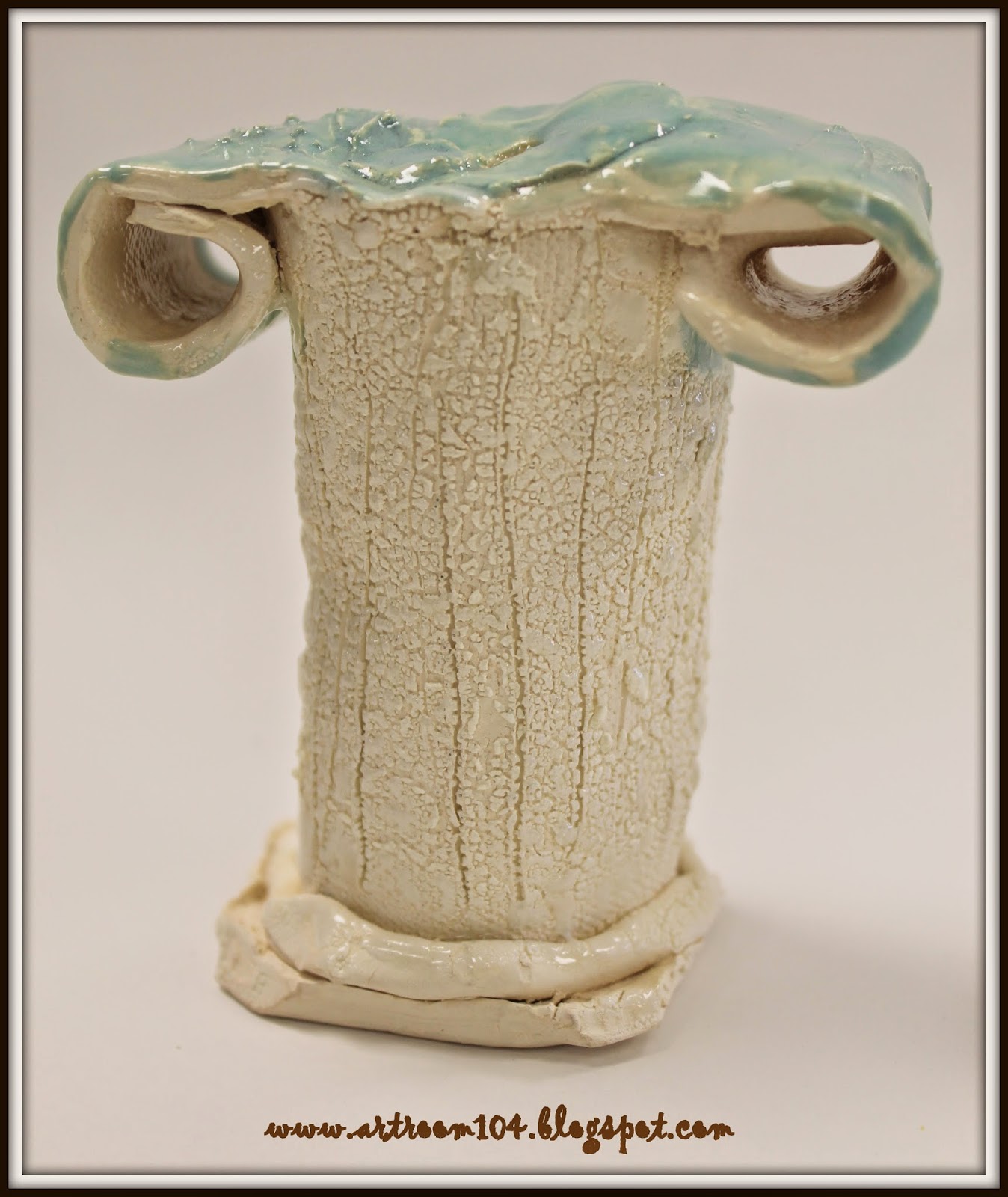