Once again this year, we worked on expanding the Keith Haring-style murals we did the last two years.  This summer was most likely the last summer that we will receive the grant to do the summer program, and we had three panels left in the hallways at the little gym, so we decided to do three murals instead of one!

Needless to say, we didn't quite finish, so I will post the the final, touched up murals once school starts.  I plan on taking the painters who pay more attention to details to finish it up.  We had a lot of great painters this summer, but they started to trickle out of attendance and I was left with, well, the over-eager painters who didn't necessarily pay attention to paint drips on the floor and such.  Either way, I think we accomplished quite a bit for tackling three panels at once! 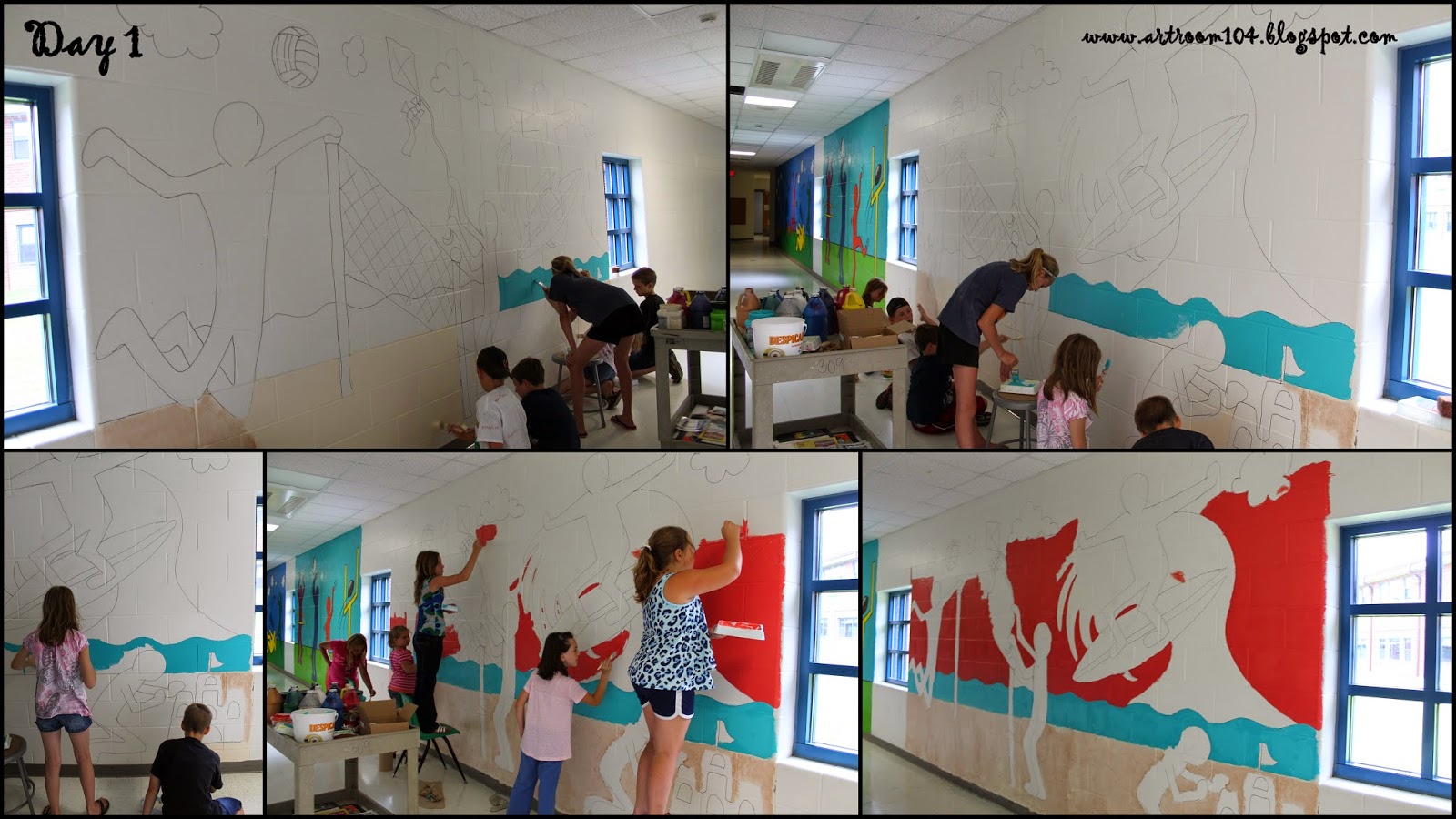 On Day 1, I drew out a beach scene and we started painting with Chroma Acrylic Mural Paint. 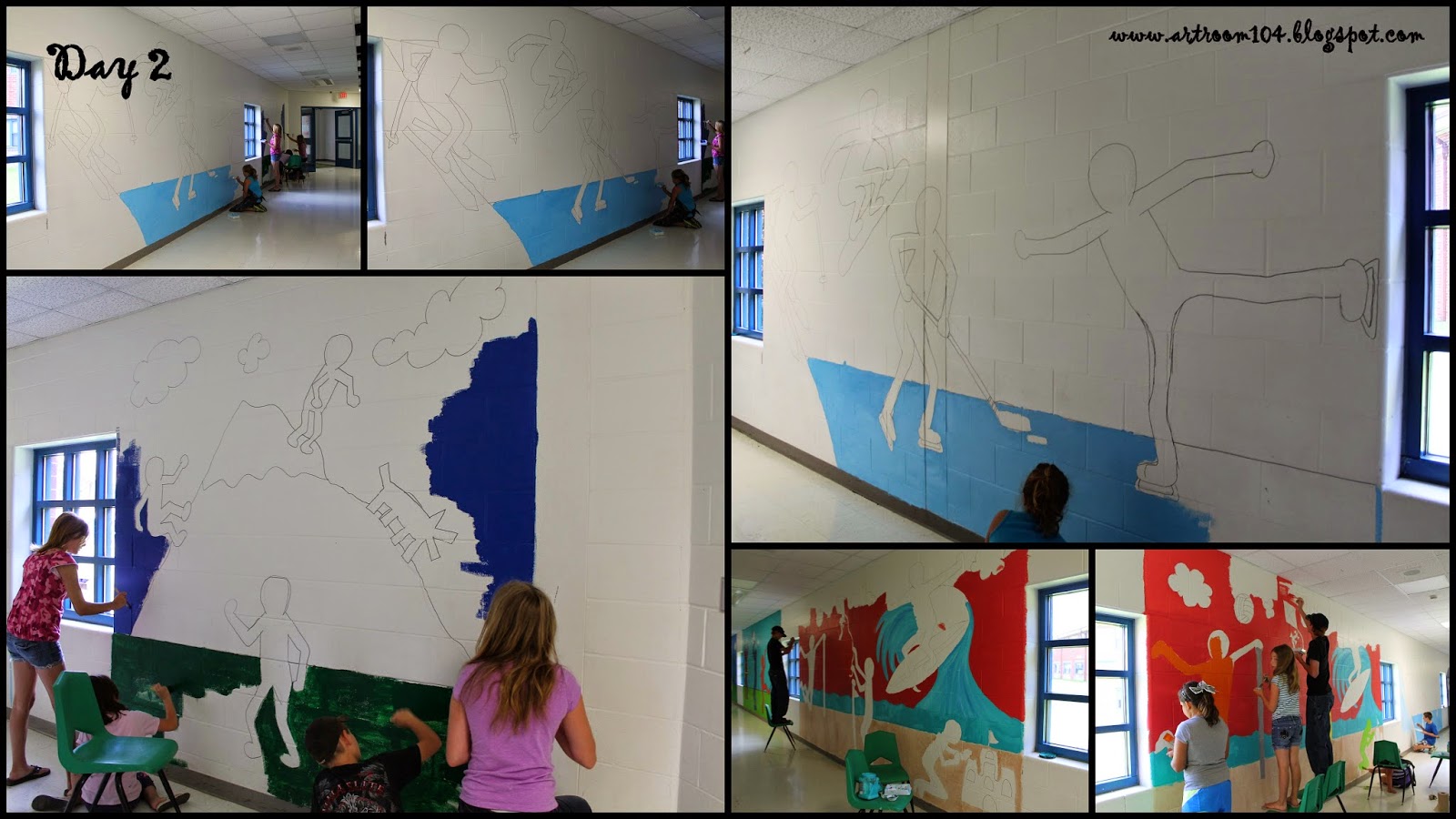 Day 2 continued with the beach scene, and I also added a winter scene and of course a hiking scene...because you can't live at the base of the Adirondacks without making art with mountains! ;) 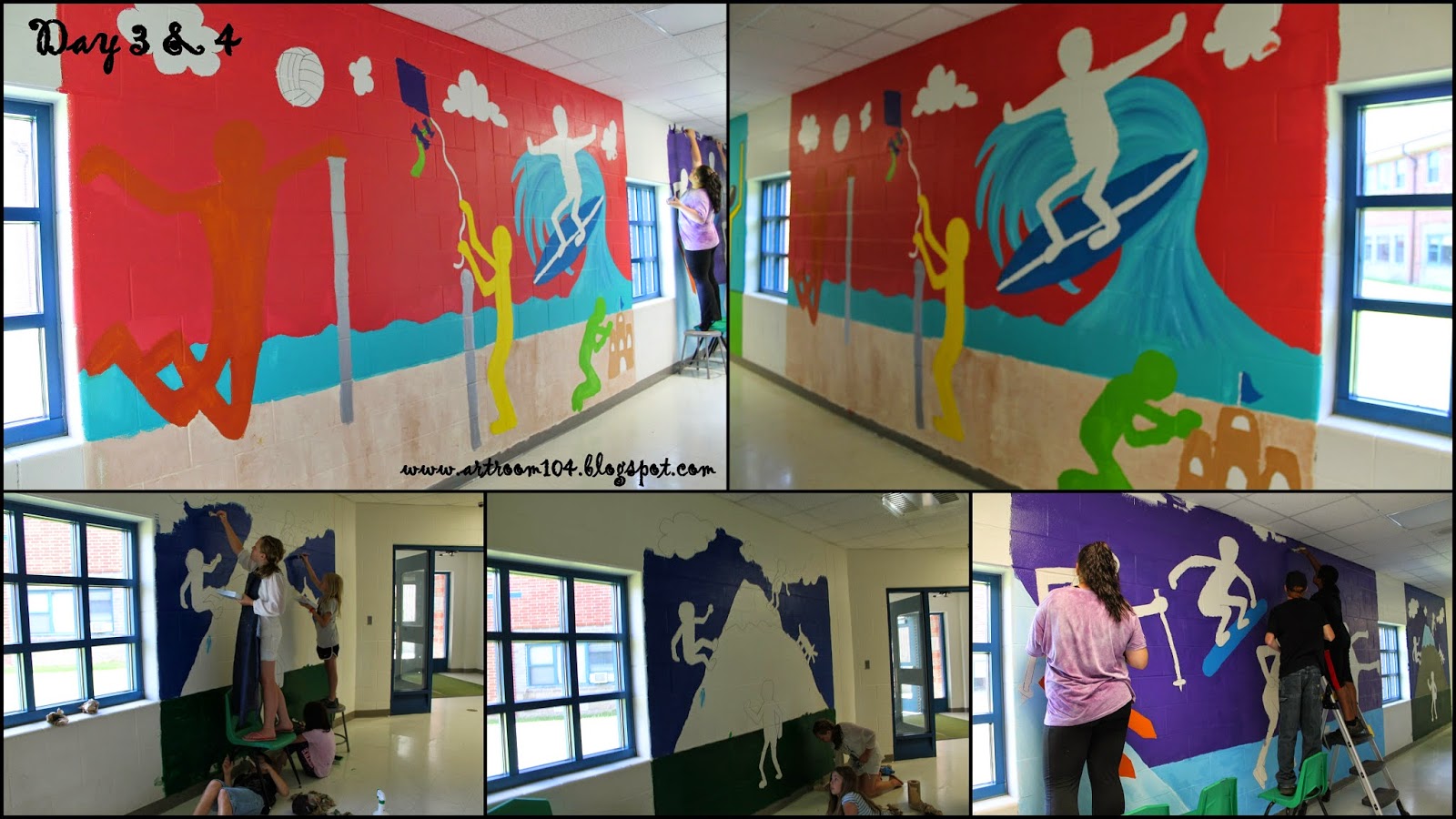 The other two murals, which can be seen on "Our Completed Murals", were flat color.  For the beach scene, we decided to get a little more fancy and added some cool color blending in the big wave as well as sponge texture for the sand. 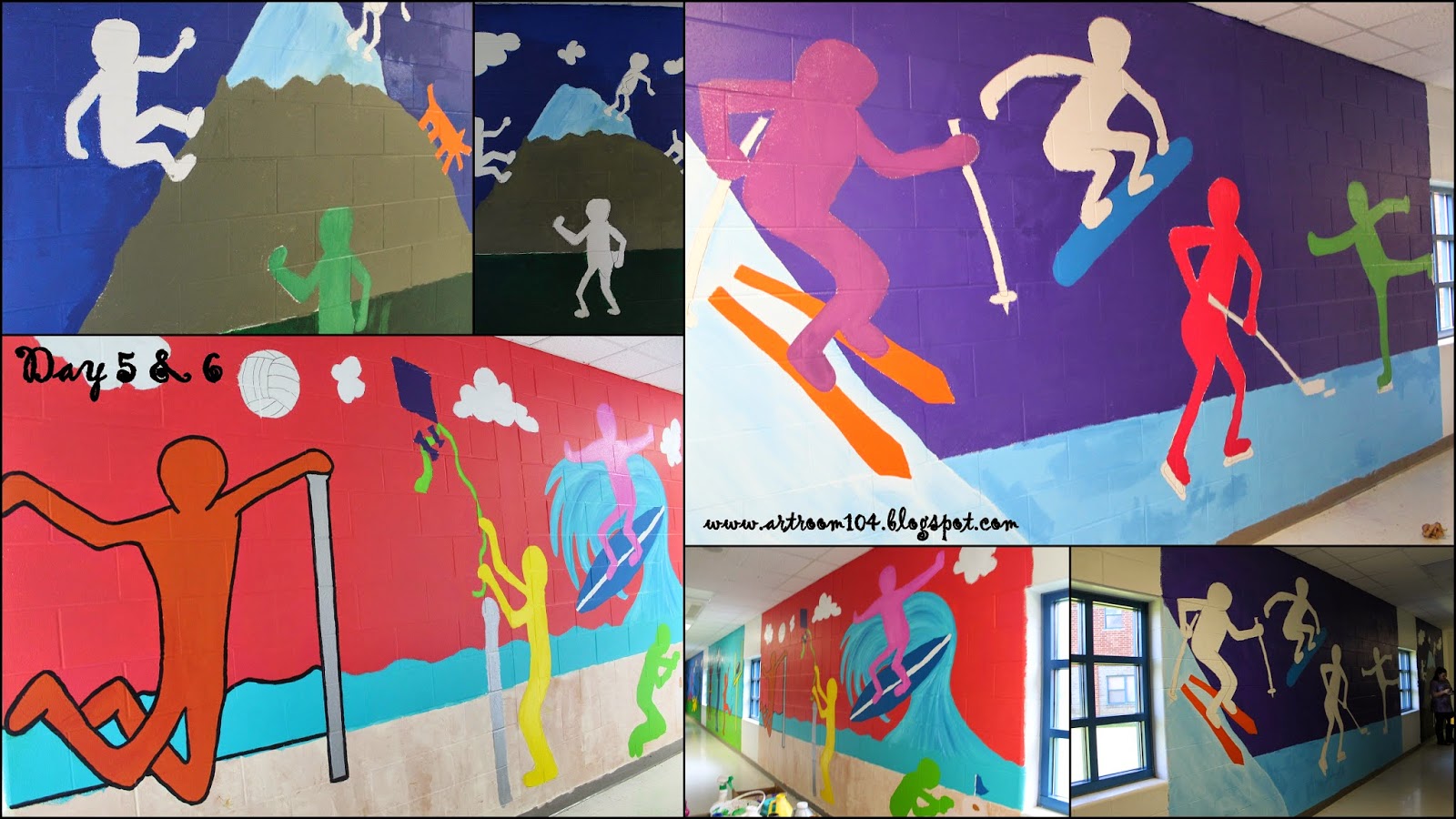 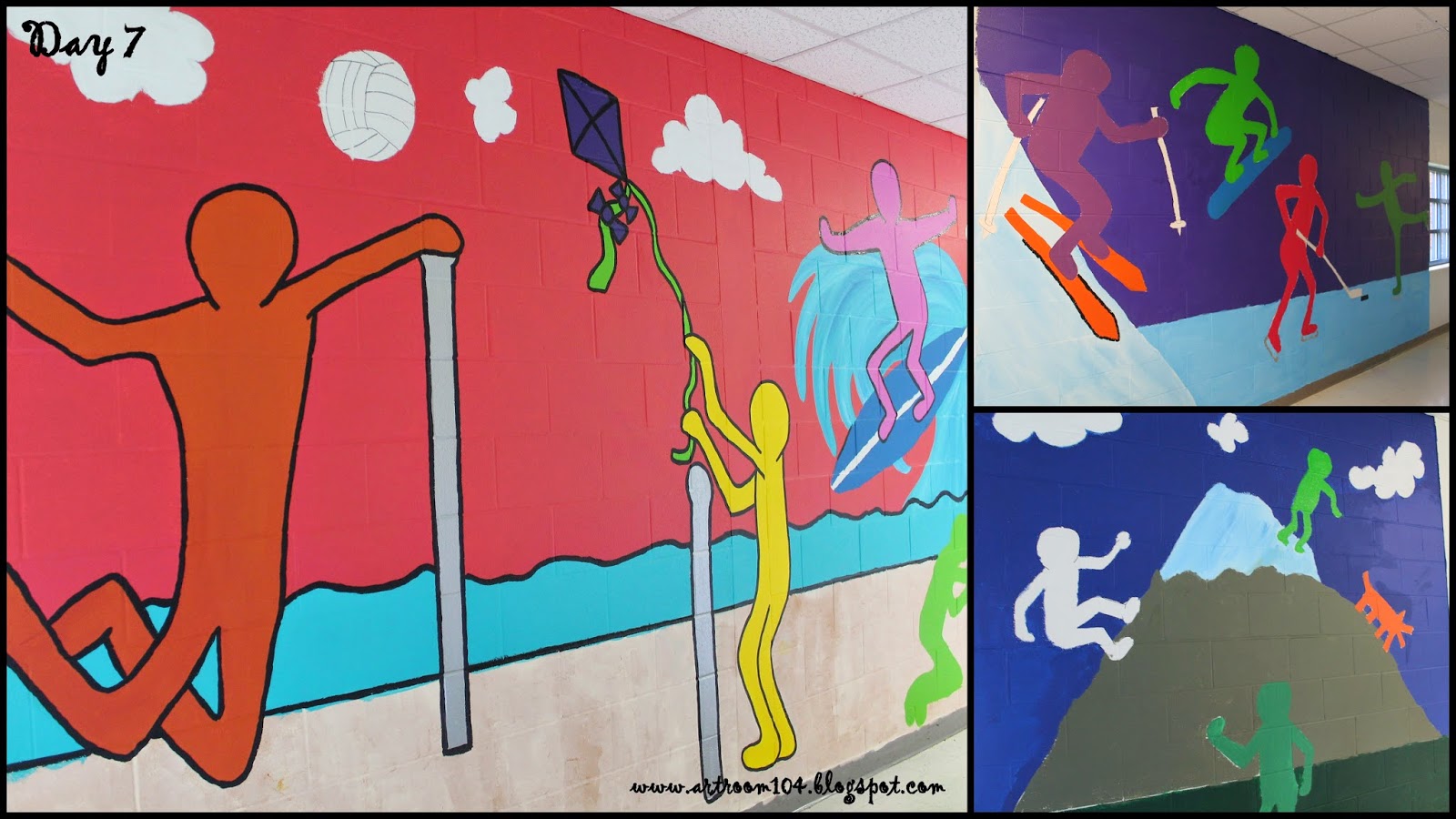 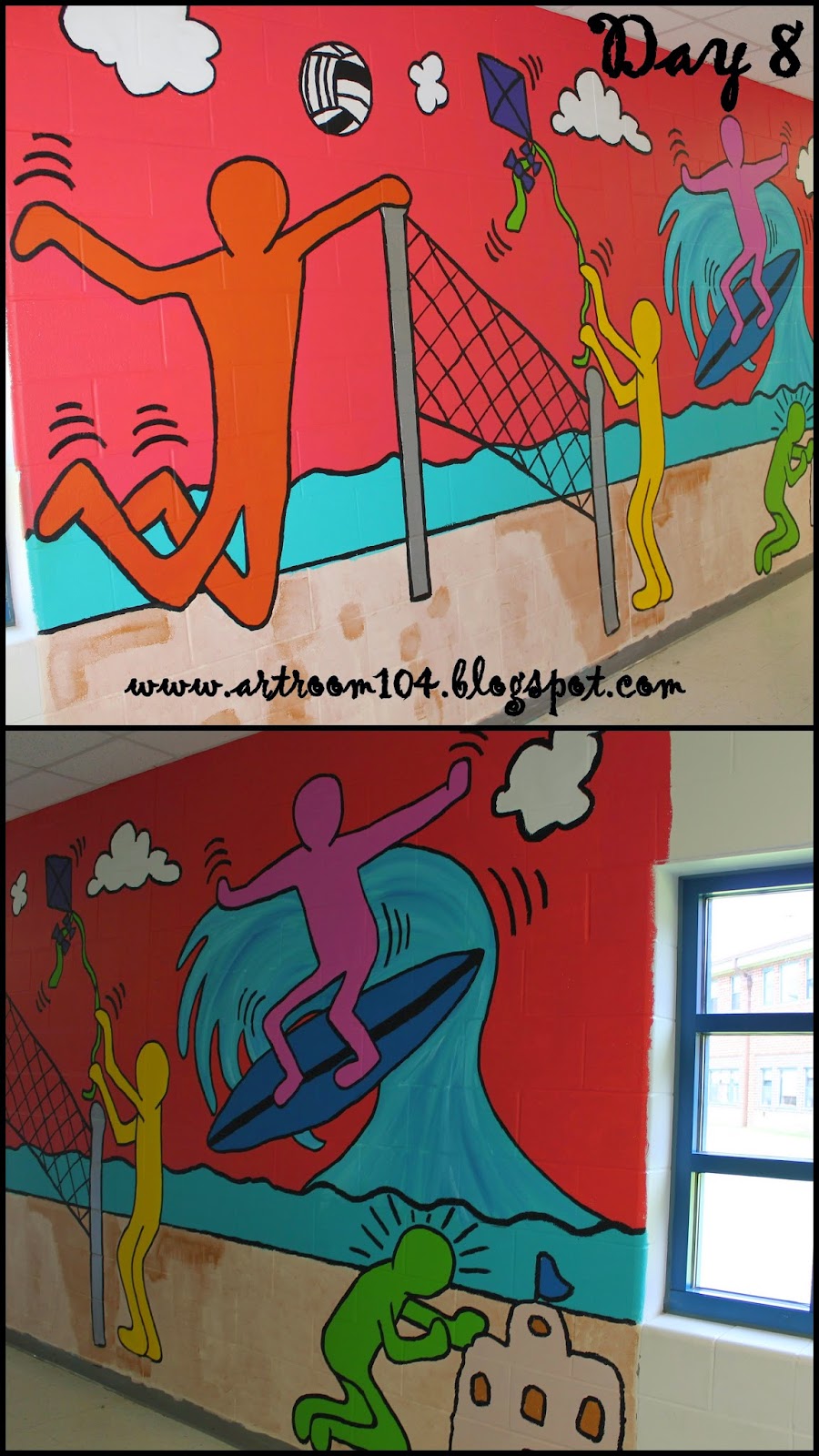 I think the beach mural is by far my favorite one of the entire group!  This one just needs a few black lines touched up and the sand redone.  We had some drips and when the student repainted over them, she didn't sponge the sand on the same way as she did the first time.  :-/ 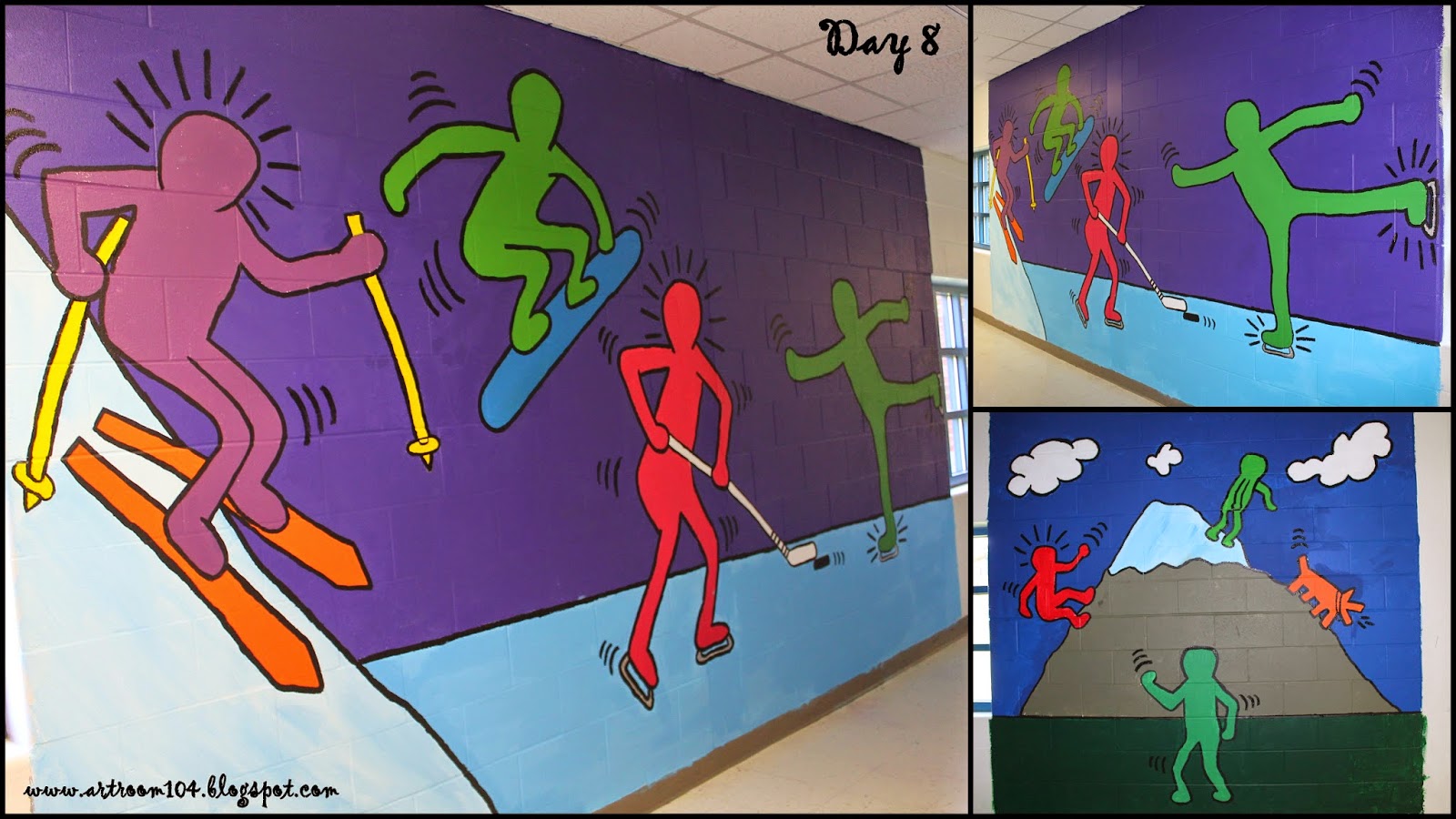 Again, these ones just need some touch up on the black lines and then the top coat of non-glossy acrylic.