Can You Find the Bully???

Phew, today was a long day!  I was up at 4:30 am because of my lovely animals...(You know, it never fails...it doesn't matter if the cats see me take my hair band off my wrist or how much stuff is on the counter where I set it.  They seem to have RADAR!)  I had a full day of classes, then after school, and then I stayed for an extra hour to clean up the mess I have been calling my desk for the past few days!

Here is my first anti-bullying bulletin board! (Hopefully I will get the second one up tomorrow, as well as the anti-bullying slogans.)  This one is my "Where's Waldo?" inspired board: 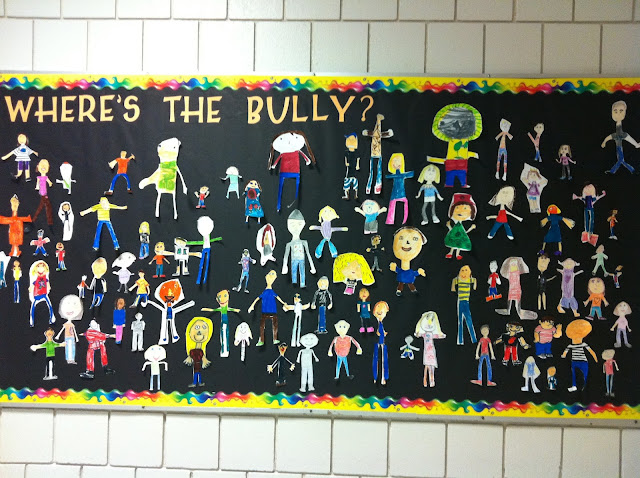 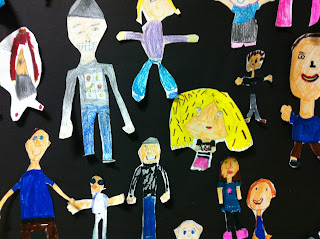 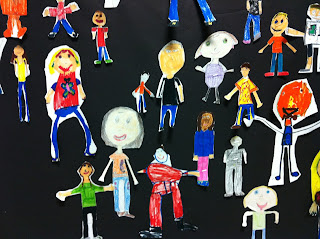 Here are some of my kiddos working on their "Mixing Colors" worksheet in kindergarten.  Next, the kindergartners will be learning about the different kinds of lines and we will do a primary line painting. 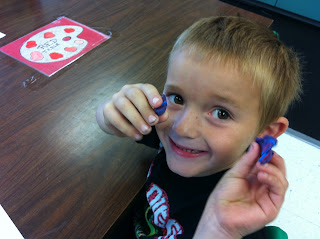 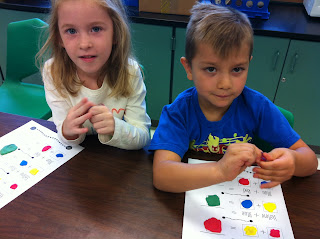 Today I meant to do paper marbling with my after school group, but the small gas station on the way to school was out of plain shaving cream and I didn't think I had enough in school for a large group.  I also wanted to test it out before letting the kids do it as it's been a long time since I've done paper marbling.  The last time I did it, I used watered down tempera paint, however after surfing on Pinterest, I found many people use liquid watercolors or liquid food coloring.  Since I don't have liquid watercolors in stock right now (that may be the next thing I buy with my Artsonia funds!) I am going to try this paper marbling excursion with the food coloring.  Hopefully next week I'll be able to tackle that project after school.

Anyways, today we did a one-day project.  This was a kit that we ordered with grant funds from S&S Worldwide called "Ancient Cultures Jute Baskets."  I wasn't sure if the 13 kids who signed up for my project would be into it as it's just "boring basket weaving" but they actually really liked it!  A few of them got creative by weaving their baskets tighter to change the shape, and some added beads.  They asked if we could do it again so I plan to do some different variations with other kits that I have and Pinterest ideas.  They also said they would like to sew, so I may do a burlap banner sewing project with them as well.  Here are some photos of the finished products! 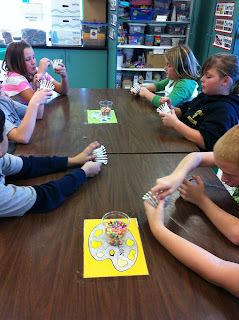