In our last project before our post-assessment, my 5th graders did this quick analogous animals project, of which I've seen variations of it on Pinterest.  Since I was running out of time to cover the rest of the color schemes for color theory, I tried to make this project as quick as possible.  I googled "how to draw..." animals and created a hand out to help students draw their animals.  I didn't want EVERYONE to do the same animal, but I knew it would take a long time and I would lose interest if I did a drawing demonstration for each animal.

I did a quick demonstration on the board using the handout and then I sent the kids to town.  On the first day, we drew the animals and if they were approved, they traced with Sharpie marker.  On the second day, I demonstrated how to paint the animals.  Since we don't have tertiary colored watercolor paint, they had to mix colors on their paper.

On the last day, I decided to have the kids cut out their animals and glue them to black construction paper.  Originally I wasn't going to do this step, but a lot of them had a hard time controlling how much liquid watercolor paint was on their brush, so there were a lot of drips on their papers. To combat that, we cut them out and glued them. 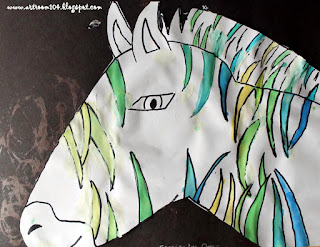 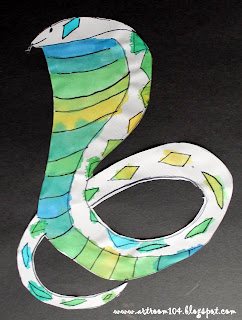 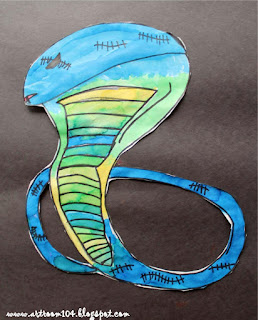 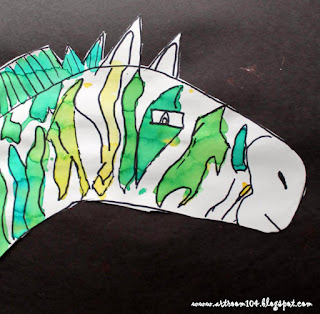 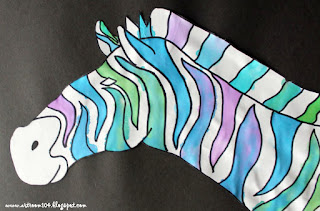 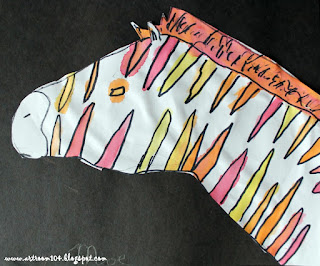 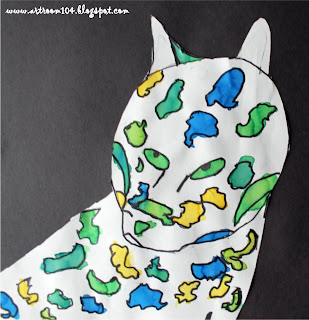