Here's a Little Catch-Up... (And Some Current Projects)

Third grade finished up the fall birch trees as their first project of the year about two weeks ago.  It's been slow going getting them started on their next project because we've had 1/2 days and assemblies that fell on their already sparse art days.  So, even though it's been almost three weeks later, we've only had one art day so far for starting their next unit!  Unfortunately, I have the feeling I won't get to see it be finished either before I go on maternity leave. 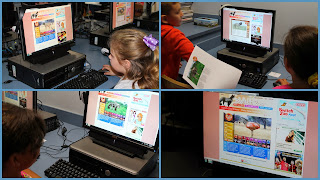 For the second 3rd grade unit, I decided to do a surrealism landscape drawing with the students.  As part of their Common Core ELA strands, the first book they are reading is from the Spiderwick Chronicles.  I figured that would be the perfect way to incorporate surrealism as it falls under the same category as fantasy...heck, it is fantasy!  On the first class of the unit, I took the students to the computer lab.  While we waited for their computers to log on, I showed them a brief power point about Salvador Dali and we talked about surrealism in art.

Once everyone was done, I had students open up Google Chrome and go to Switch Zoo.  Here, students had to create two different fantasy animals and print them.  By the end of class, they had to hand in whichever animal they wanted to use in their art project.  They also had to create an interesting name for their animal and they had to define surrealism for me at the bottom of their page (as their exit slip).

My 3rd-6th grade 12:1:1 class is going to be doing a prehistoric cave project next.  This year, the way they push in with the "normal" classes changed and they started a bit later on the Early Man unit in Social Studies.  I did this version of the cave art project my first year of teaching with 6th graders, which you can see on Artsonia.

To start this project we needed to make our rock canvas.  To do this, I gave students large Manila paper.  We tore off the straight edges and then crumpled the paper (and ironically, "crumple" was one of their spelling words that week!).  After, I had the students quickly paint their paper, two at a time, with brown, red and black tempera at the sink.  The final step was to rinse off the extra paint.  The result, depending on how much is rinsed off, is a surface that looks like animal hide or a rock! 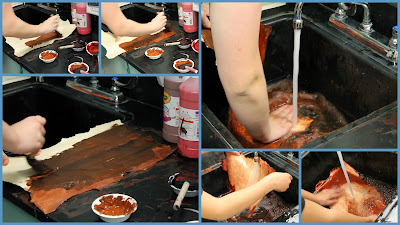 These are the final zentangle projects from my art elective class.  Before we completed these, we had done the zentangled alphabets, which were a big success.  These weren't as much.  They were excited to do the alphabets, and excited to start these, but they petered out, especially with the glass paint as it dripped on the round surfaces so it was slow going on the completion. 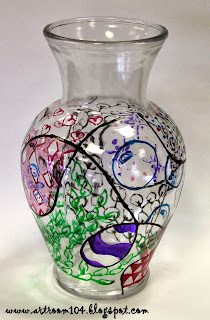 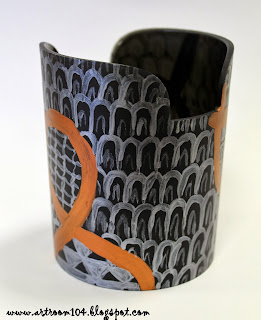 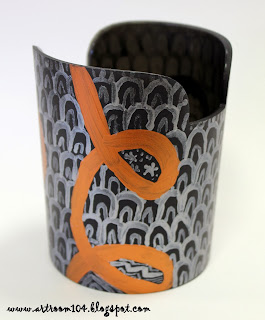 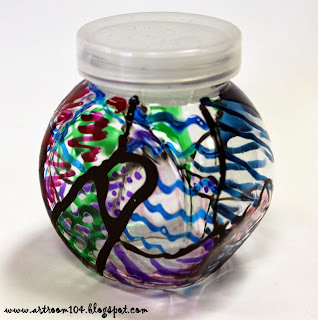 I think next year if I do this project again, no matter what class I do it with, I'll have EVERYONE do a zentangled bowling pin and then we'll turn them into lamps!  When our one tech teacher saw me bringing the bowling pin in, he mentioned that he would be able to drill the hole all the way through for me if we wanted to do that. 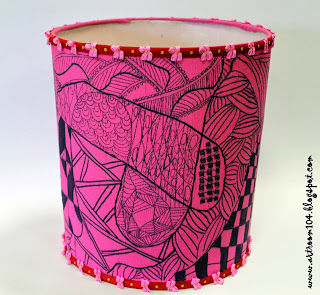 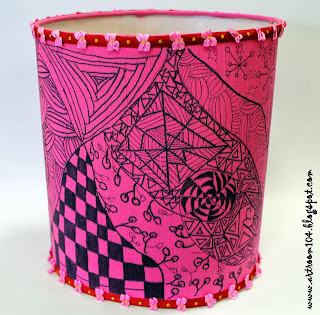 For our next project in the Art Elective class, I'm asking students to do some Ben Heine inspired "Pencil vs. Camera" projects.  Students will be required to turn in three photographs of their own that have hand-drawn aspects added to change the photograph.  They're really enjoying these so far!