Hi all!  I feel like it's been forever since I've posted!  With everything going on lately, it's been very difficult to find time...plus, my internet has been down at home!  With that being said, I have A LOT of stuff to share with you.

The first thing I'll share is what my kindergartners just finished up.  We did shape cows and practiced our patterns.  This was a project that I did last year with them as well.  The one little change I made was to have them use black crayons instead of black Sharpie to outline everything, in part to reinforce the wax resist technique and also because I'm running out of Sharpies this year!  I also had them make their patterns in black instead of allowing them to use colored crayons...just to change it up a bit.

Again, this is one of those projects that aligns with the Common Core Math standards...the one where kindergartners are supposed to be able to identify shapes.  I didn't know this, but apparently they don't do patterns anymore in kindergarten!  Patterns are supposed to be learned in Pre-K now, so this was also a good review of patterns. 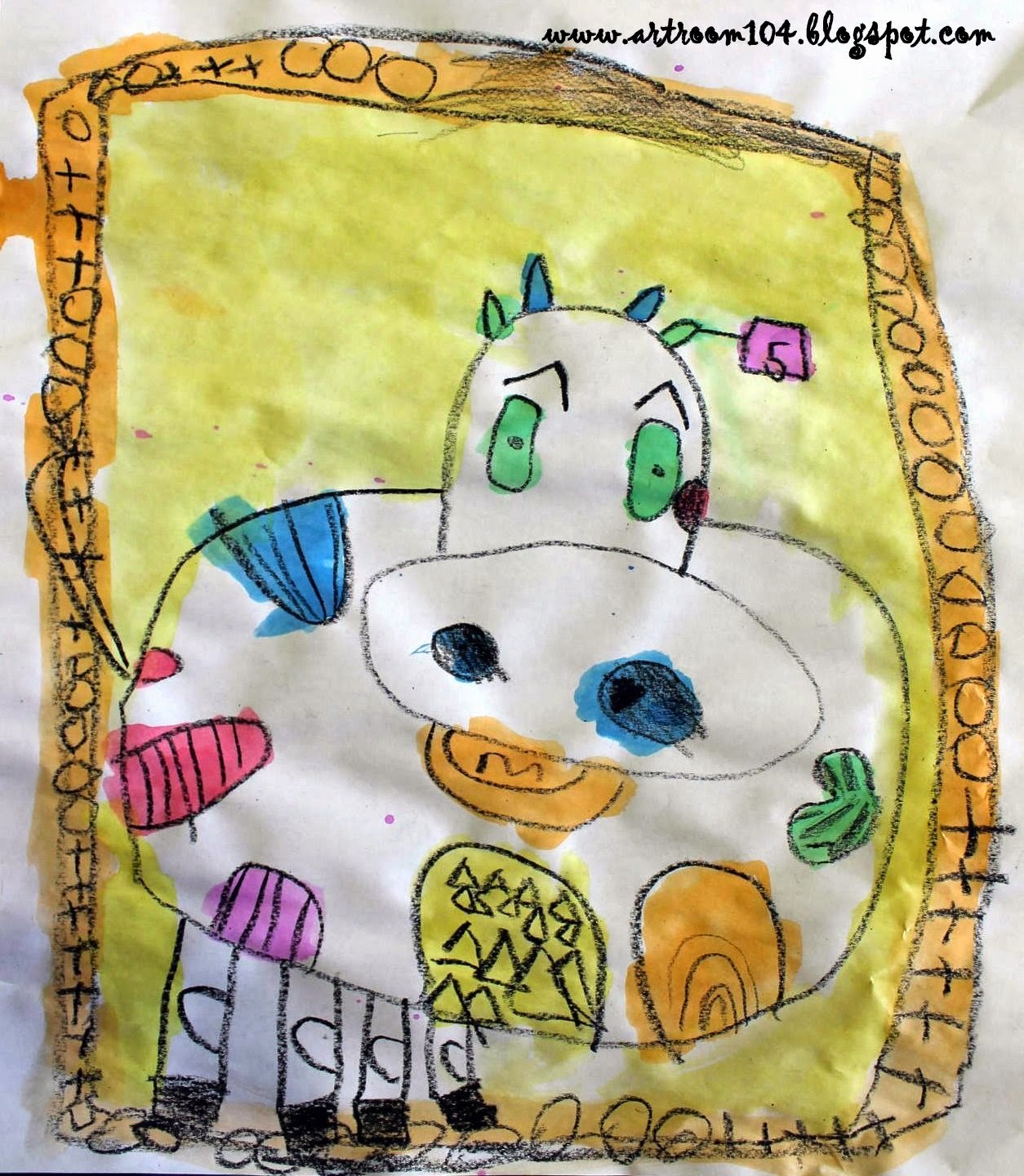 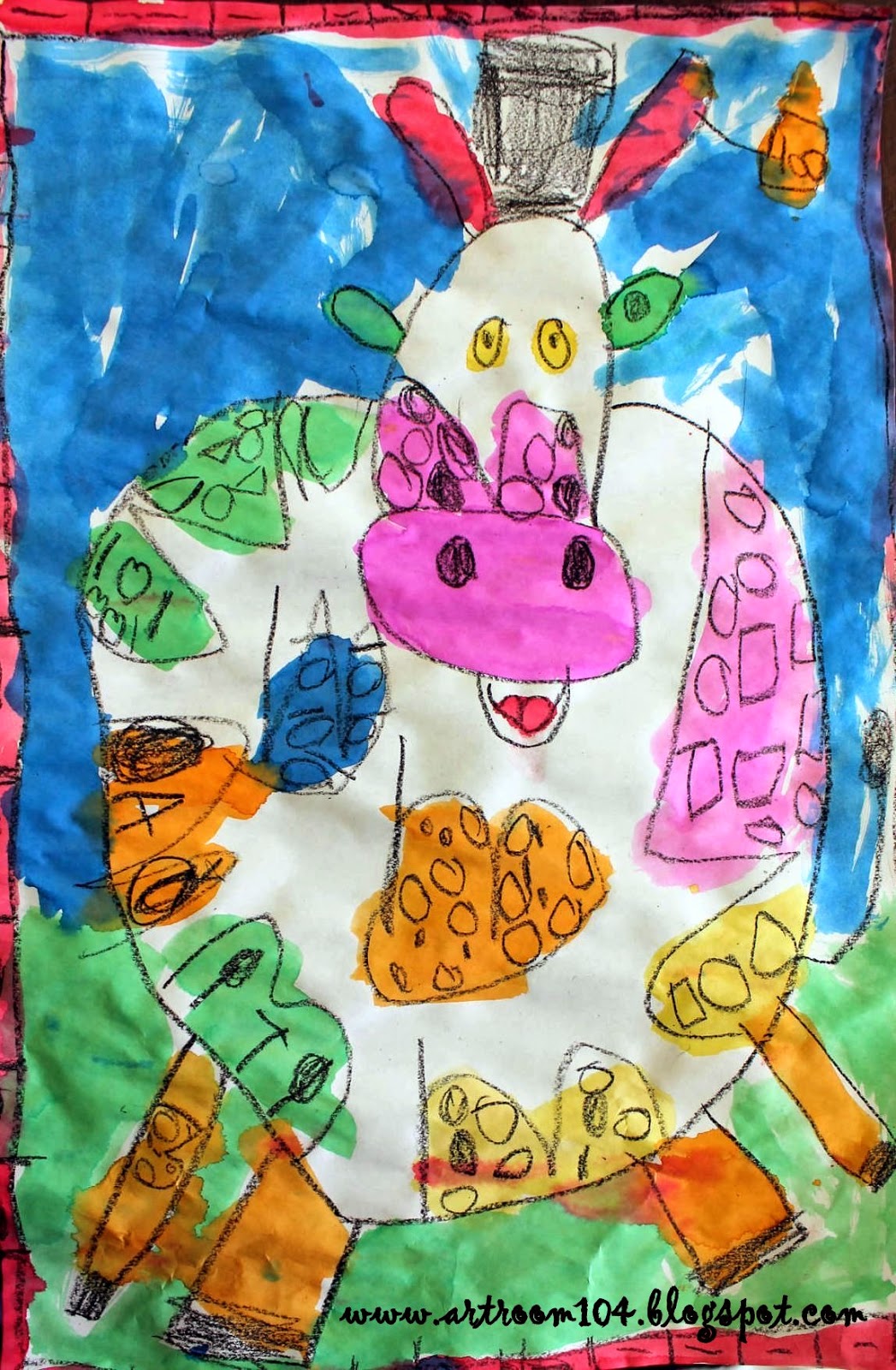 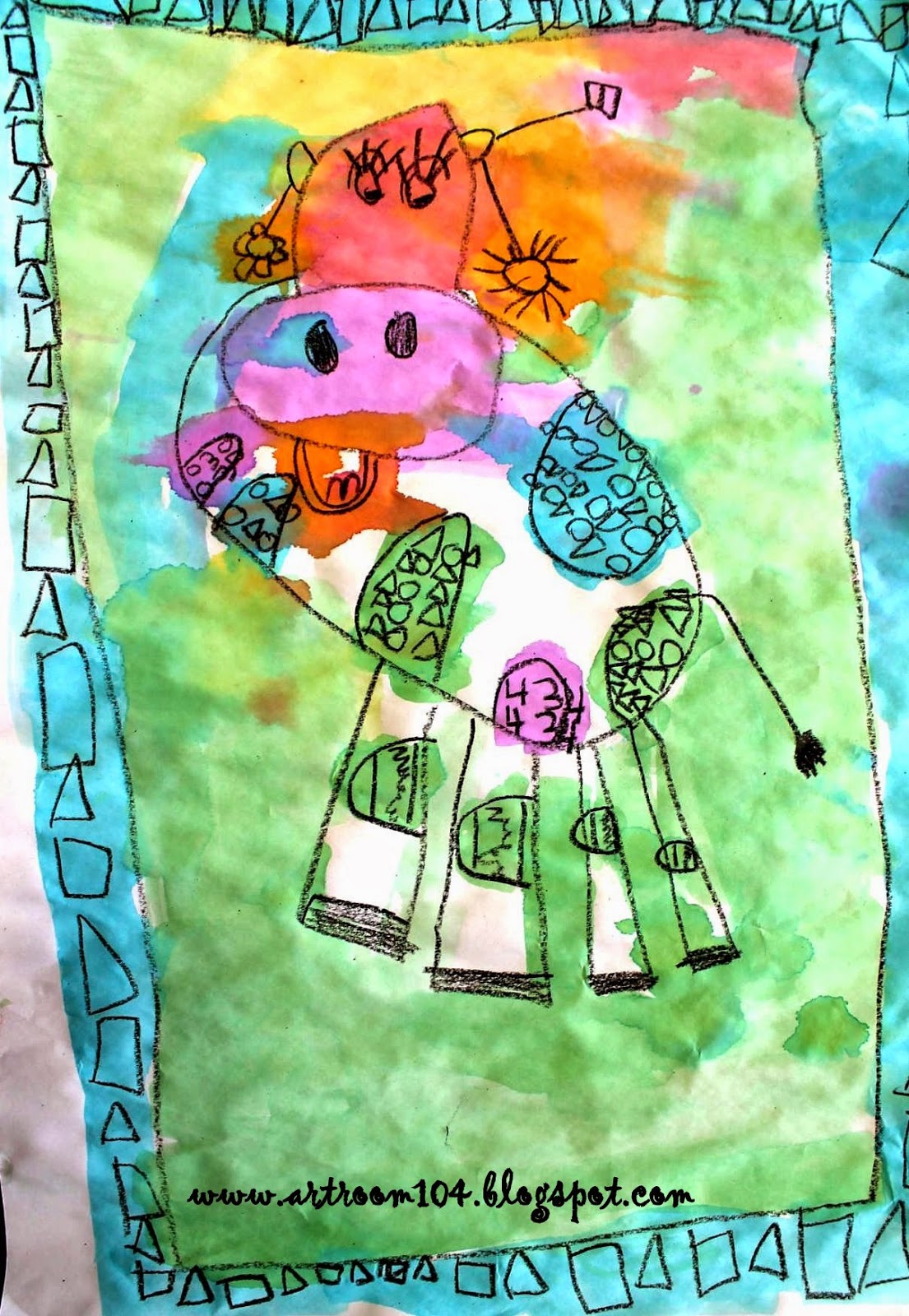 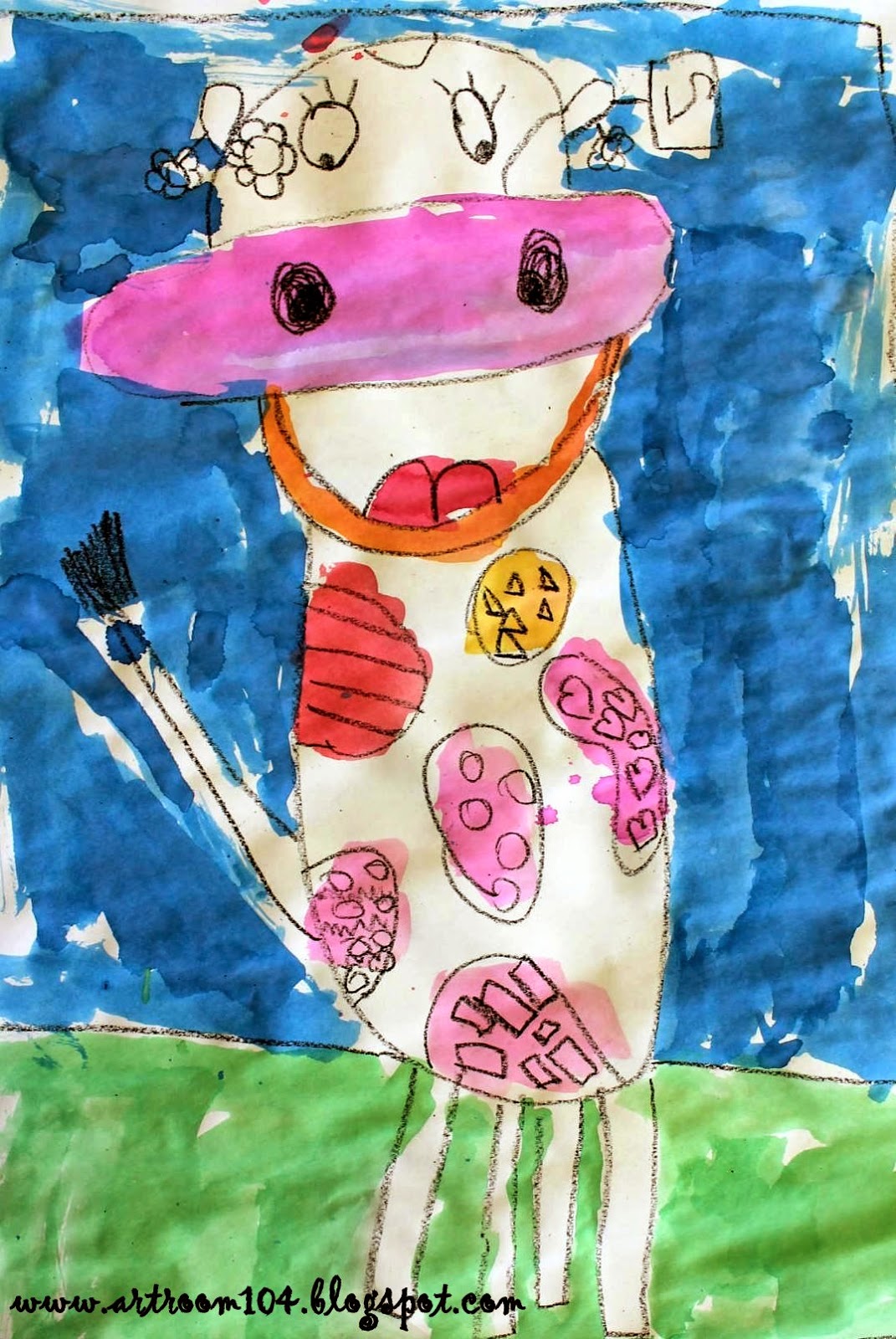 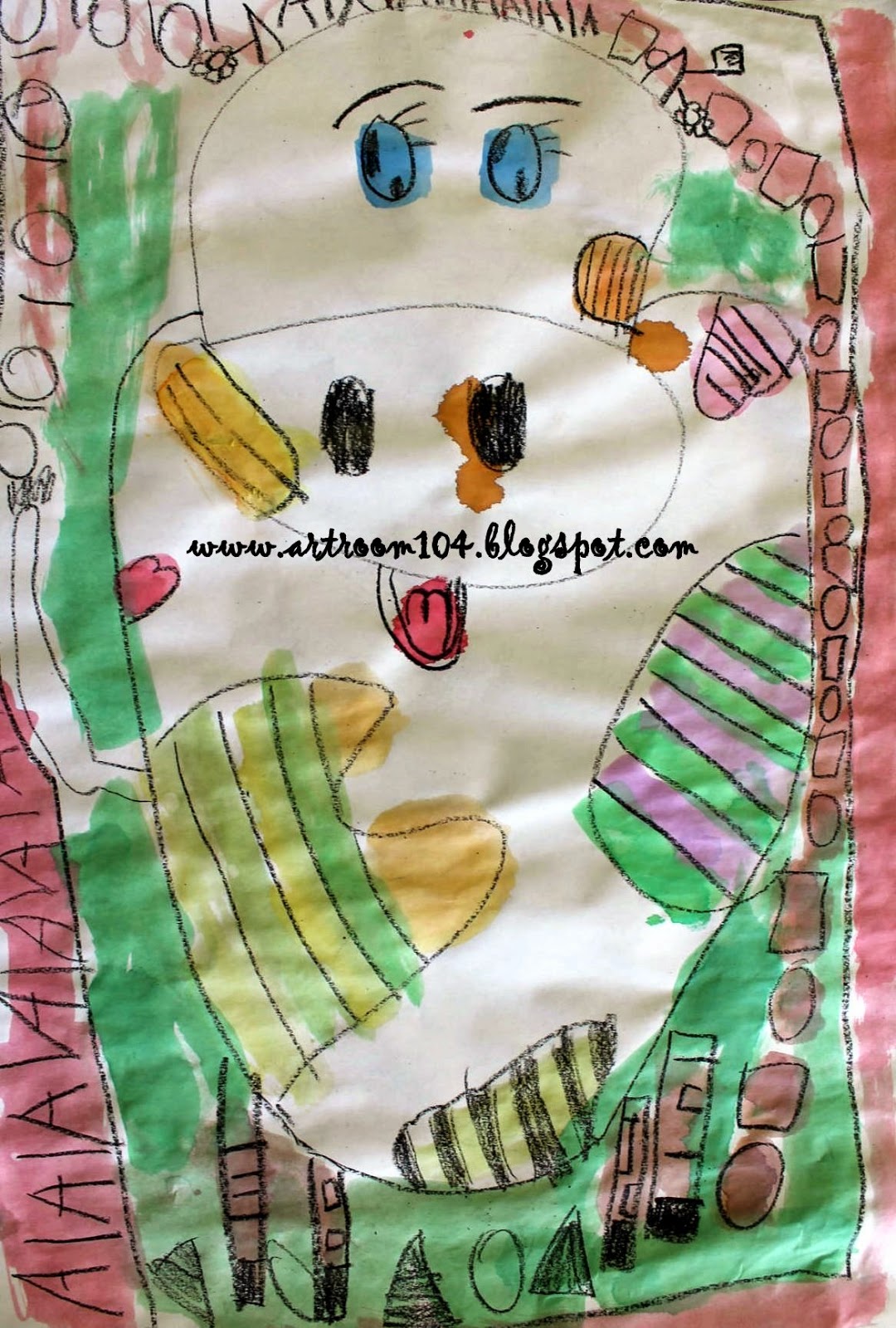 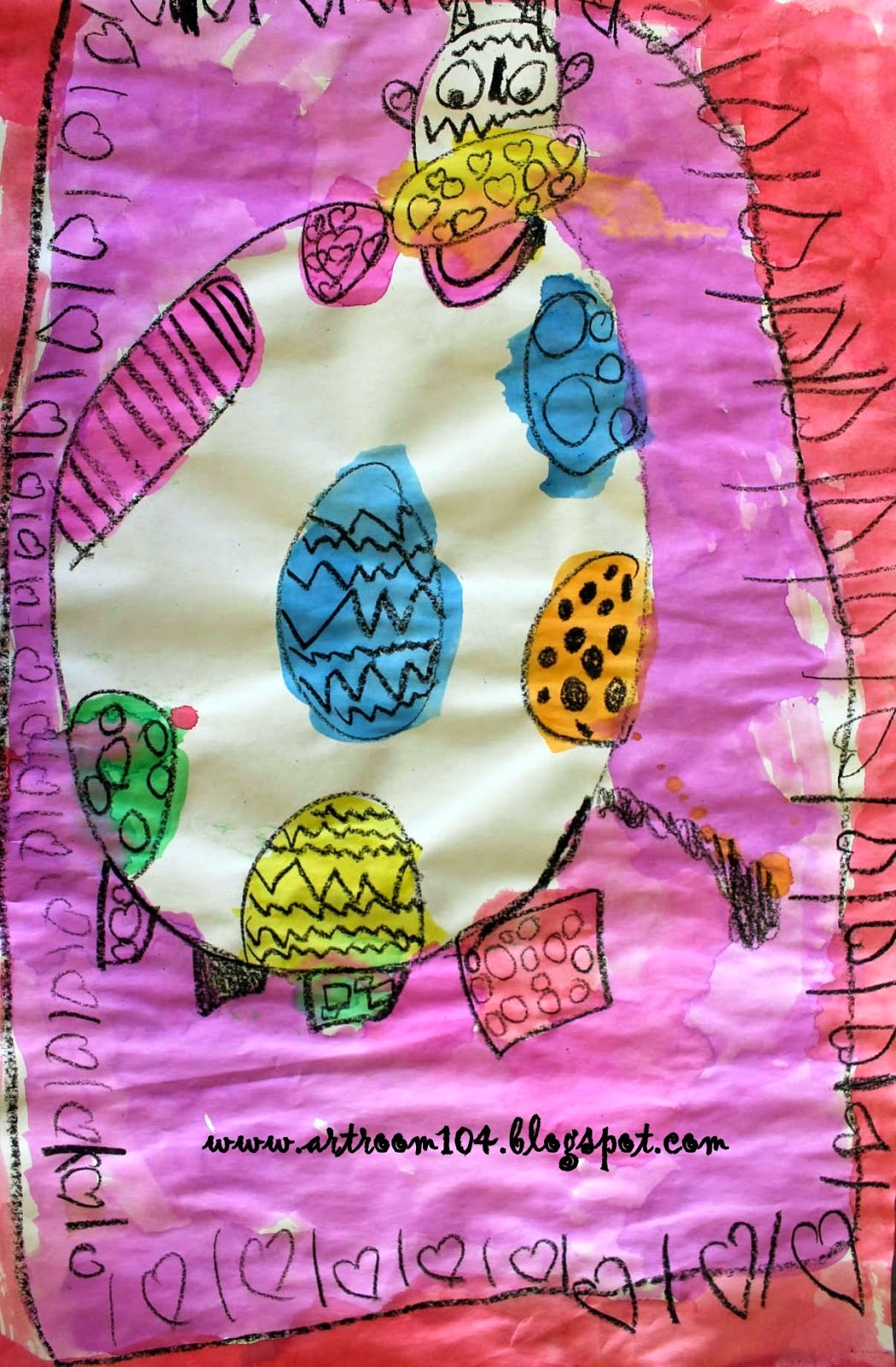 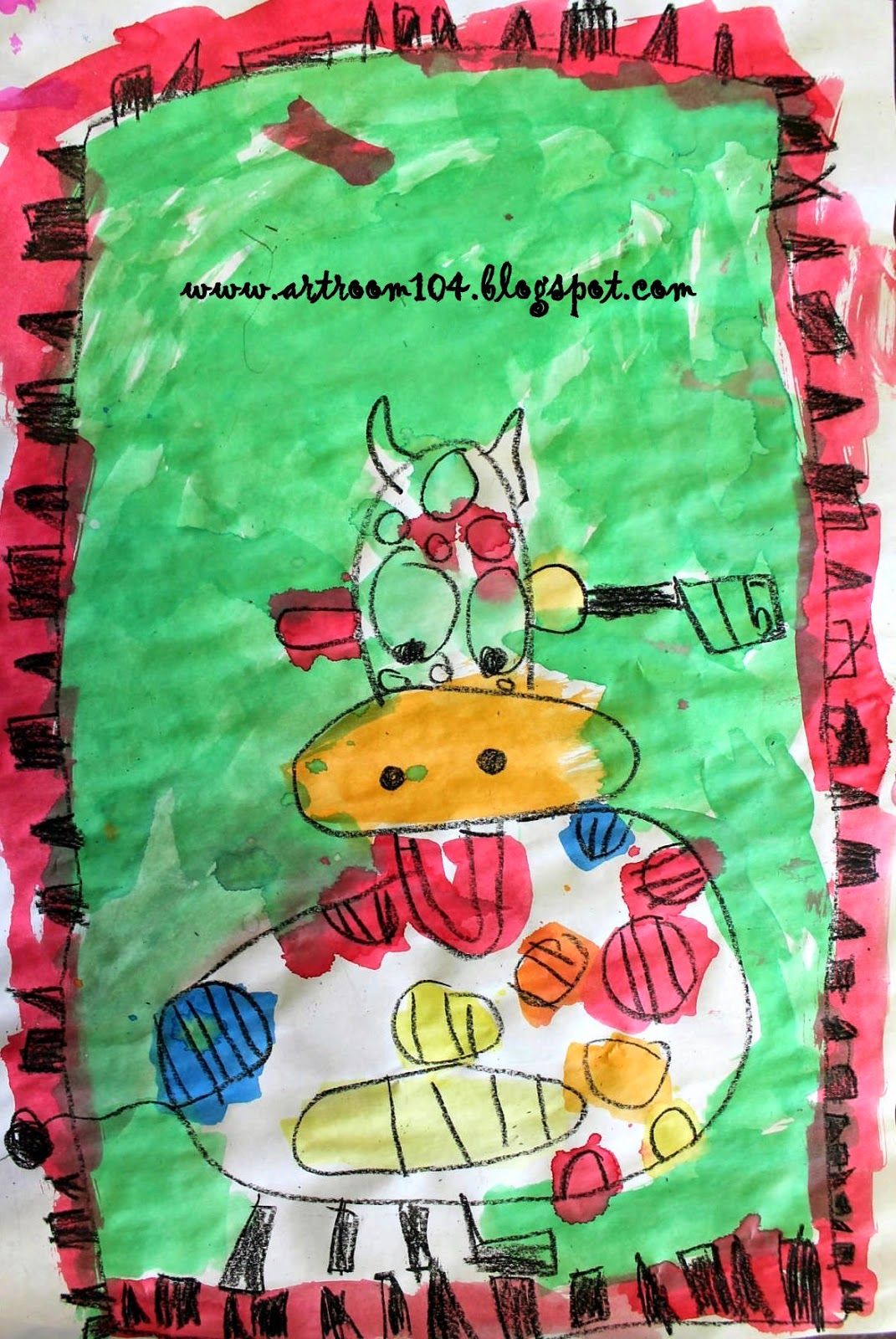 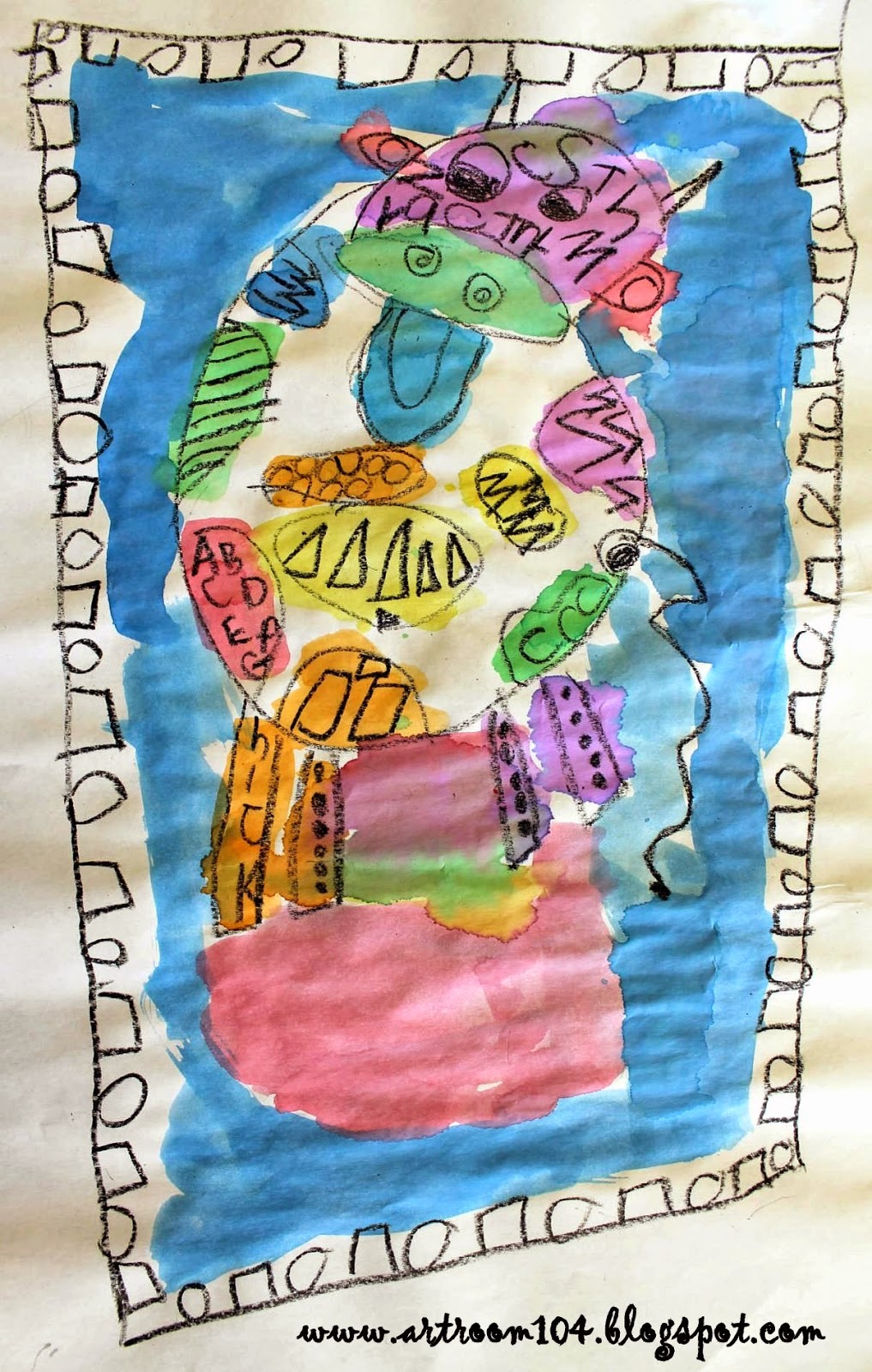 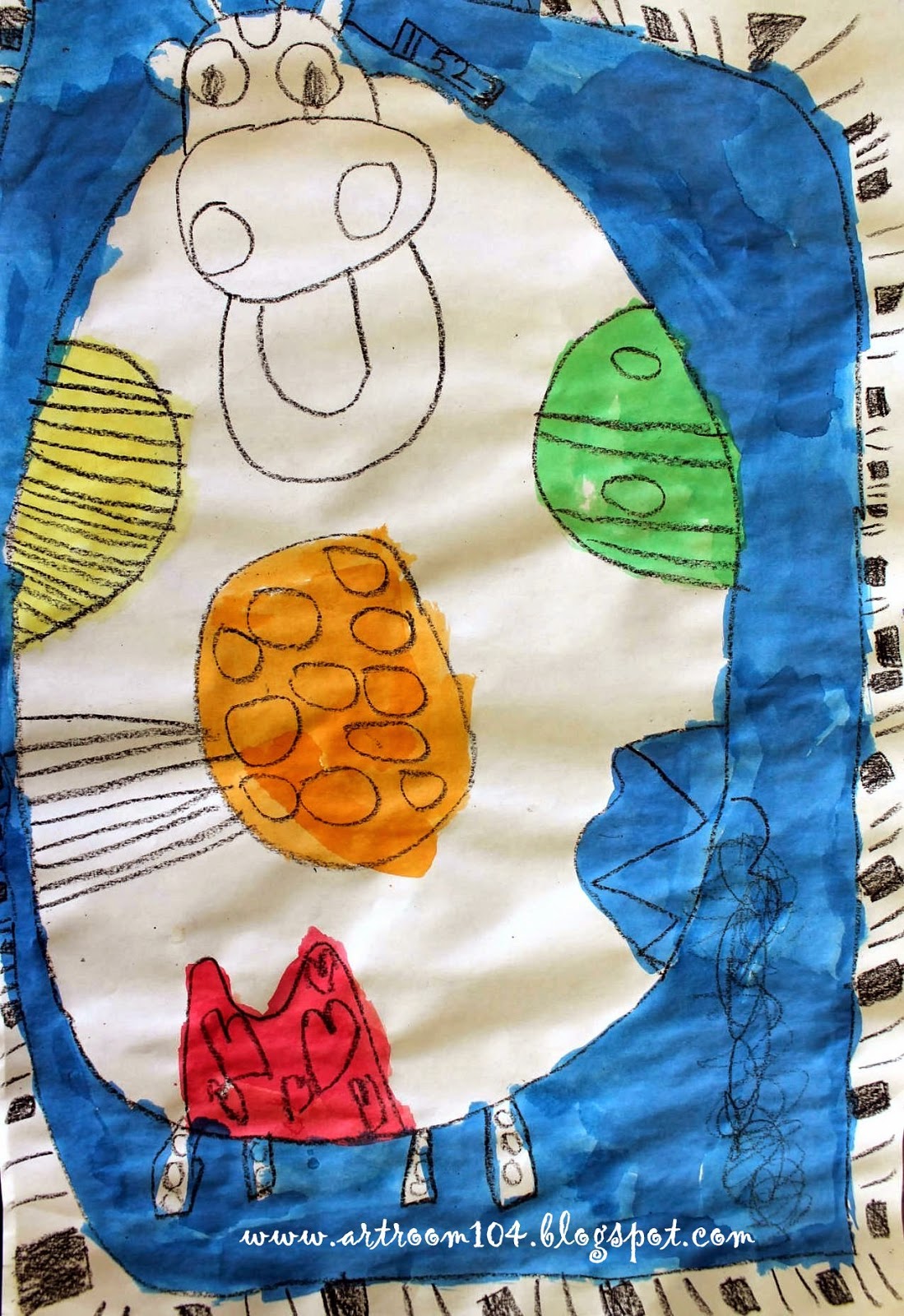 I must apologize for the photographs of these.  They are very wrinkly because my students started these with a substitute, who grabbed the wrong paper.  If you ever want to know what watercolor paint looks like on cheap, 60 lb. drawing paper, here it is!

Currently, my students are participating in the Common Core Listening & Learning strand about weather and the seasons, so our current project in the works right now is a spring project.  Students are drawing themselves under an umbrella, and then we will be blowing blue paint with straws to make the rain!  Hopefully I'll be able to share those finished projects next week! :)