I finished my rainbow unit with my 1st graders with a watercolor collage based on Kandinsky's circle painting. For the most part, it appears that everyone knows the order of the rainbow!  I borrowed this idea from a pin on Pinterest.  The teacher originally did this for 4th grade using tempera paint and the circles were not cut paper, but painted as well.  I altered it by using watercolor paint to paint the rainbow stripes and cut construction paper circles.

I will say this, however. This last project was mass chaos when it came to cutting and gluing the circles! First, the kids had a sub and were late getting to class, so to decided to have them cut through multiple pieces of paper at once, instead of tracing three different circles on each paper and cutting them one at a time.

Anyways, one class is finished and the other will finish on Tuesday. Then we will move onto depth using pumpkins! 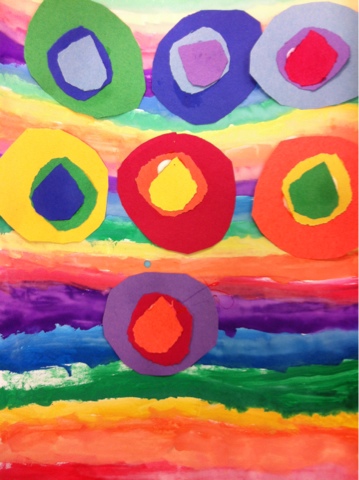 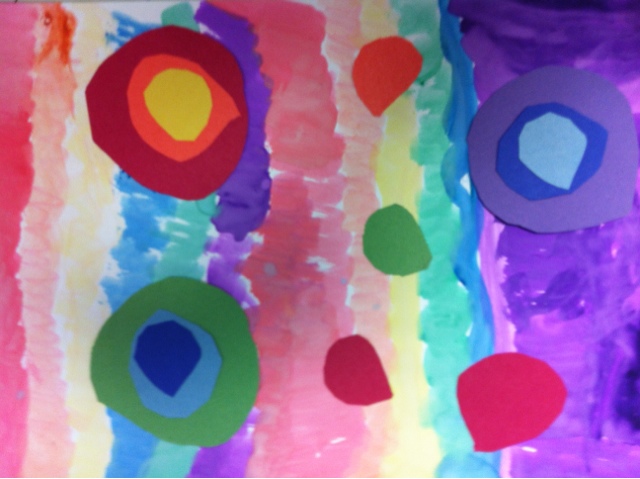 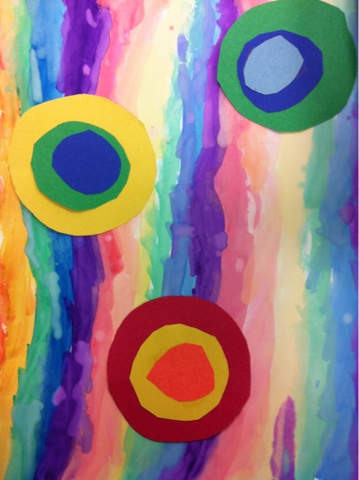 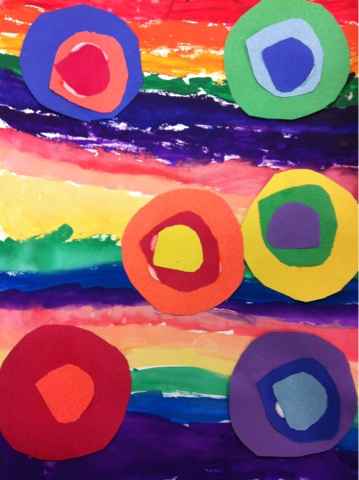 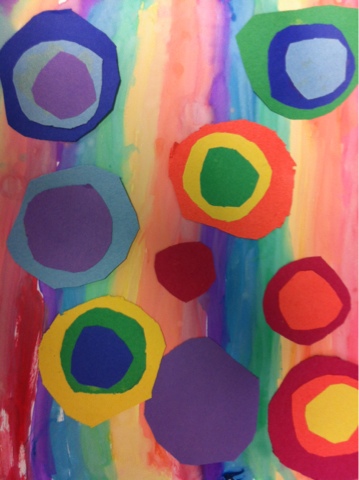 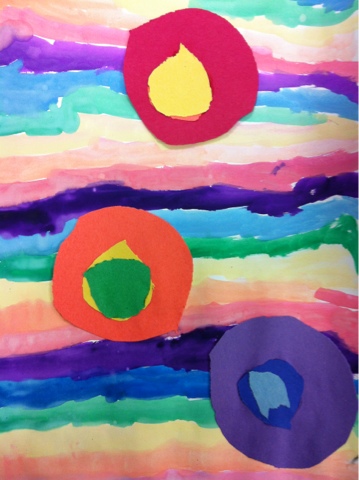 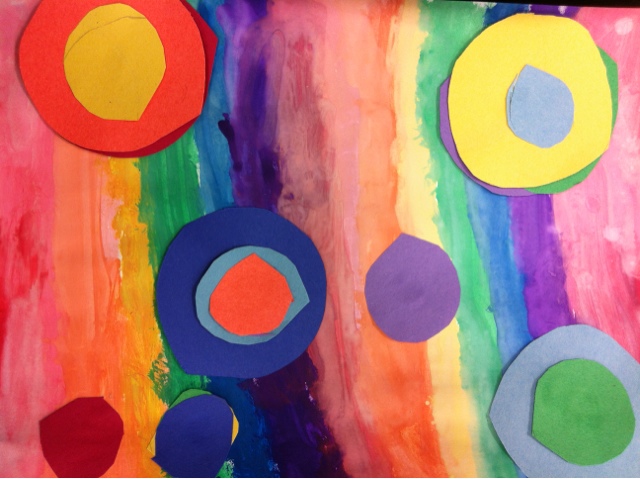