The third graders are currently doing a water unit in their regular classroom and their teachers asked if I could do some water projects in art class as well. The first project we did was "A View from a Submarine."  We looked at a power point of ocean pictures.  We talked about the colors, the plant life, the animal life, and other items that are seen at the bottom of the ocean.  Students then had to pretend they were looking out a submarine window underwater.  We talked about having a good composition, as well as what an open composition is.  Since a submarine window is so small, it would be nearly impossible to see an entire shark through the window...I'd say about 1/2 of the kids understood this concept.

Students traced a circle tracer on regular drawing paper.  That had to draw their underwater drawing in pencil first.  After it was approved, they traced it in Sharpie marker and colored it with crayons.  Then, they cut out their circle and glued it onto colored tag board.  I trimmed their paper so it was a square, and for the final step, students used the marker again (or white pencil if they used black paper) to draw the submarine window rivets. 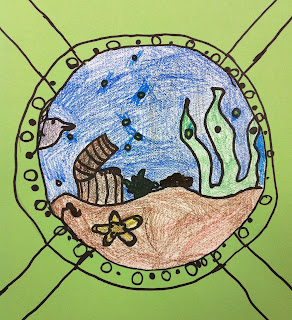 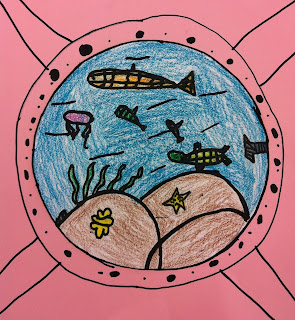 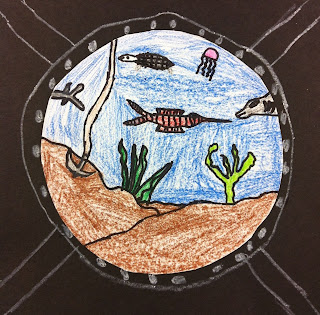 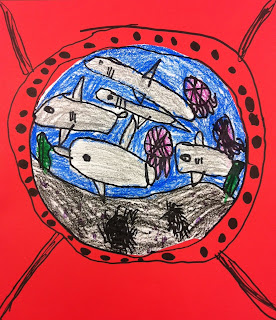 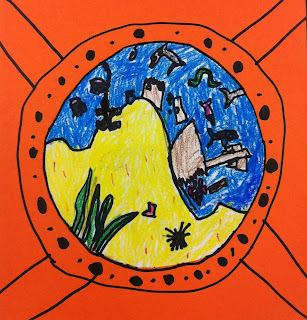 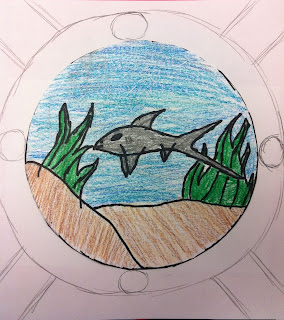 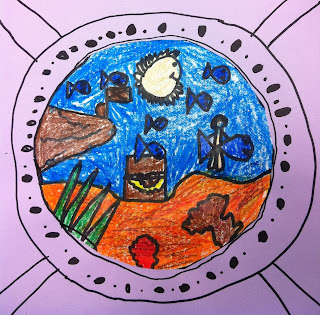 For the second project in the 3rd grade water unit, they are going to draw themselves as a scuba diver using foreshortening. I did this project my first year of teaching called "Falling for Foreshortening".  I was originally going to do this foreshortening project with 3rd grade using outer space, but since the water unit presented itself, I decided to do this instead!  I am going to have the students color everything in crayon and then paint over the entire paper with blue watercolor paint to give it the effect of being underwater.  One of my two 3rd grade classes started this project last class...so here is the progress we have so far! 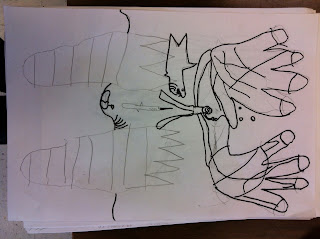 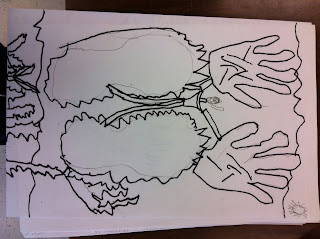 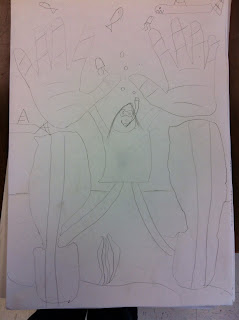 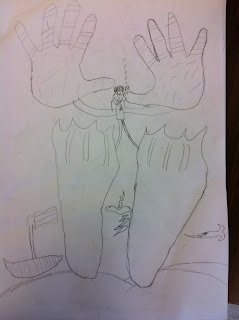 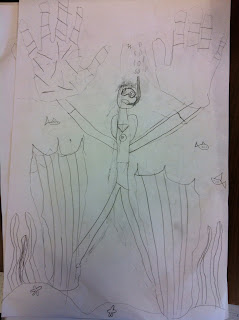 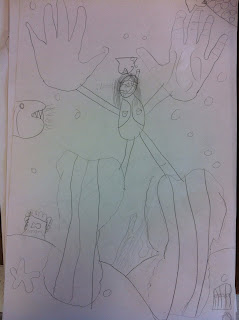 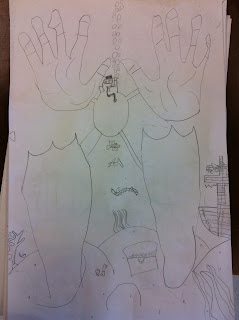 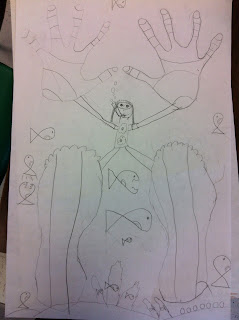 For the last project in the underwater unit, I'm going to pull out a variety of materials such as blue cellophane, paper plates, foam, etc. and let them go wild.  The will have to create a piece of art that reflects an underwater environment.
Posted by Mrs. Impey at 4:38 PM