My 5th graders have FINALLY finished their color wheels!  Amen to that!  This project took forever...and I'm not entirely happy with the results...I am at least happy that about 80% of the kids know their primary, secondary, tertiary and complementary colors.  Craftsmanship was not at its highest for this project... 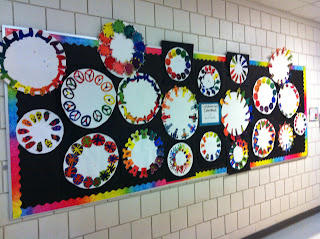 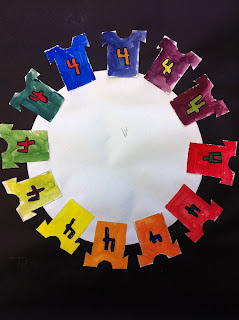 This color wheel was probably the best quality one that was made.  I wasn't too thrilled with the creativity of it...as there were a few other jerseys that were made, but his craftsmanship was great! 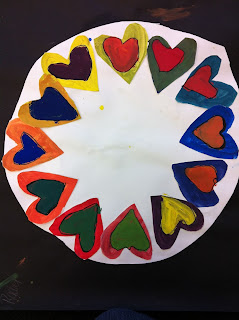 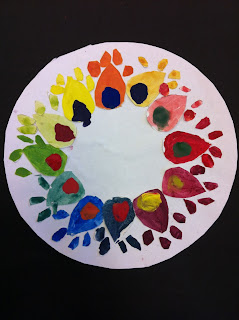 I really liked this one...This was a lot of work for her to cut out all the little toes! 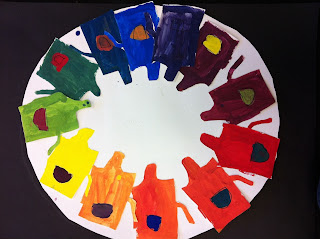 This one was supposed to be art smocks... 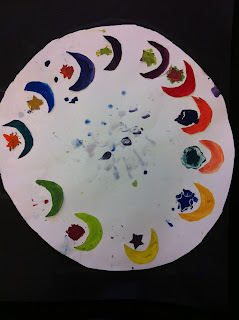 This one would have been awesome if the student had been a little more careful with paint! 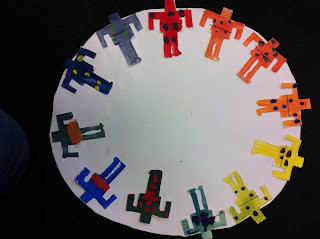 Robots...another original design...I just wish he had used the complementary colors to add a face instead of random dots! 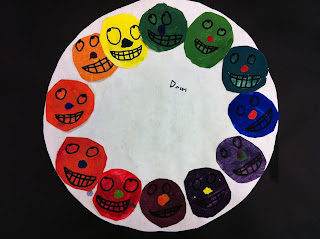 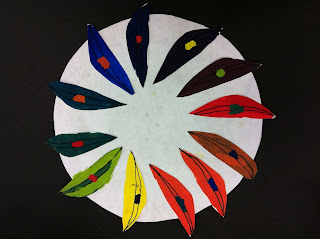 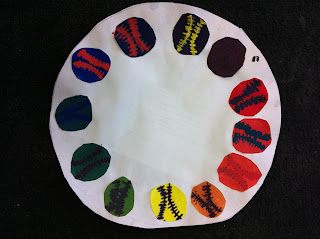 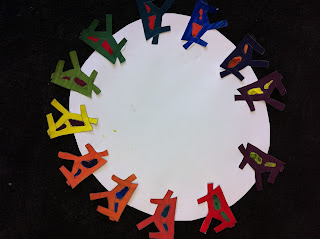 This one was made by a perfectionist...it took him two extra days because everything always has to be perfect!  I had to eventually cut him off and make him move on, so he didn't do the outlining with Sharpie marker. 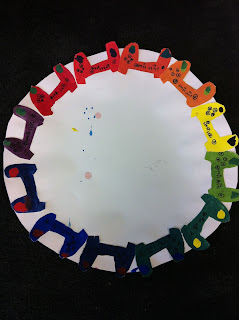 Today I did a quick demonstration to remind them how to roll out slabs (they've done it before).  I handed out 8" square tracers so they could cut out the checkerboard square.  I also showed them how to carefully put a mark on the clay at every inch around the edge, and use the ruler to put the grid lines in. 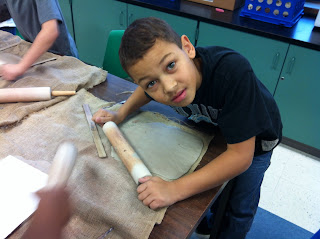 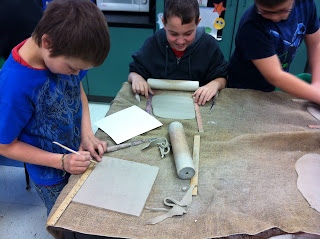 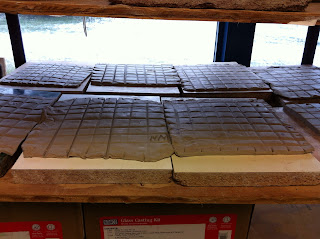 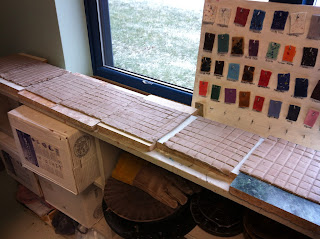 All in all, it went pretty well.  Some have extra checkerboard spots, but I can't baby them and remind them to check, especially when it was written on the board!

The only negative thing that happened was that a student decided to take some clay from the classroom (and of course, I decided to spare them the threat I usually give about not taking clay from the classroom...or else you sit out for clay projects). His teacher saw him with during after school and made him apologize to me.  To top it all off...he didn't even want to give me the piece of clay back! *eye roll*  Now I need to decide...do I make him sit out of the rest of the clay project...oooooh!  Or should I make him give a little presentation to his class about not taking clay out of the art room!?  Hmmmm, I think I like that idea better...