Today, Class A finally started finishing up their checkerboards!  A few were able to actually play a few games with a partner.  I'm a little disappointed in the details of their checker pieces.  Quite a few students sculpted these awesome pieces, but then painted them only one color....no other details added.  I had to push and encourage them to paint more.  Pictures to come next week once everyone is finished and I start grading them.

Here is the worksheet students had to fill out before and at the end of the project: Front page was the design process and the back of the page was the rubric and a short quiz to test them on what they've learned so far. 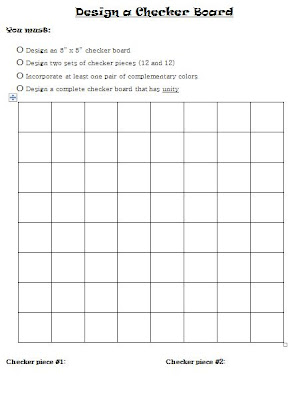 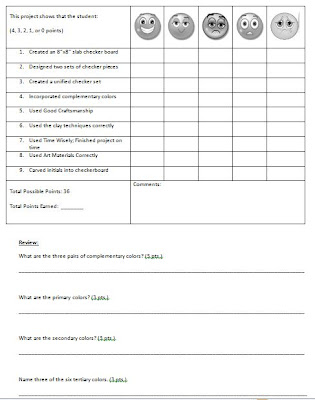 As the students start to finish these up, I've made some mental notes about how I need to change this project next year.

1. I like having them make the slab checkerboards, however next year, I will fire them and then have the students glaze them instead of underglazing them before firing.  In actuality, they didn't break too badly, but I think less of them would have broke if we would have done it the other way around.

2. They will make their checker pieces using Crayola Model Magic instead of clay.  The class that made the Model Magic pieces did so a little quicker than the other class.  Plus, I feel like we wasted clay because it started to dry out in the chunks they were given as they sculpted their pieces.

3. I completely forgot to take into consideration the actual game of checkers.  When a pieces gets to the other side, it turns into a king and it usually is flipped over.  The students began realizing this as they were playing today, and were able to work around this by turning their pieces over or stacking a second piece on top.  However, some students can't do that because of the nature of their shapes.  Next year, they will either have to make a piece that can be flipped, or put some sort of marking on the piece to decipher what direction the piece is headed in.

4. Next year, I will have an example already made to show them.  I've realized that I've gotten quite lazy when it comes to making the projects before I do them with the students.  In my first year, I think I made each project before hand to test it.  I think it will help them be a little more creative if I sculpt some interesting checker pieces. 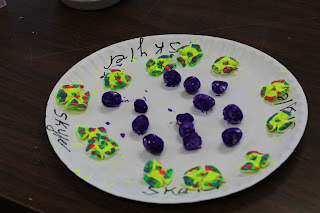 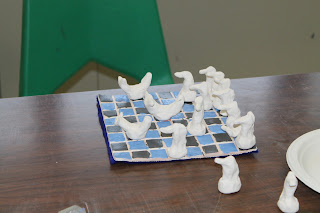 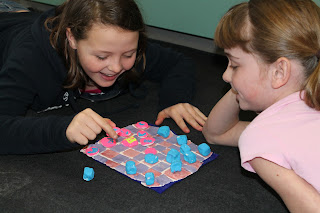 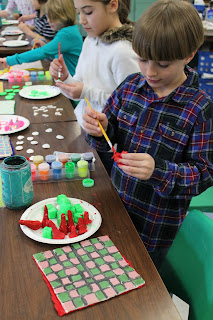 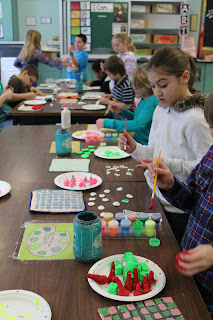 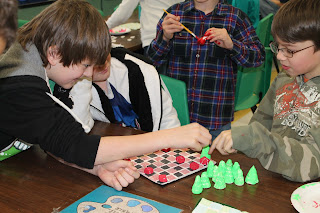 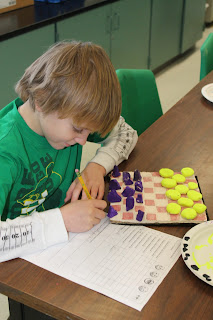 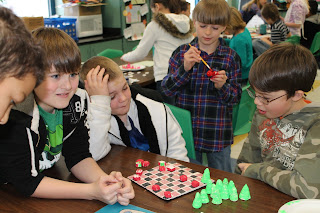 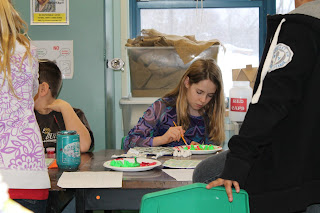 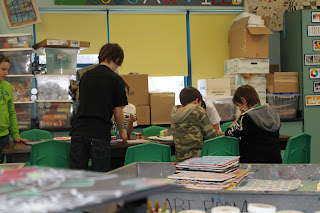 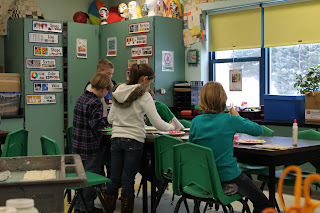