Here is how I'm revamping that old aquarium lesson I did my first year of teaching:

While we aren't necessarily specifically using the exact techniques of Eric Carle, we are giving our artwork a similar texture and using collage to build this.  Another reason why?  I was sick and had a substitute so I didn't want to overwhelm her with lots of materials to have to clean up!

So, for the plates, I pulled out fluorescent blue and white paint.  I asked the kids to paint in one direction with the blue and then to streak in the white to make it look like waves.  That took one class period. 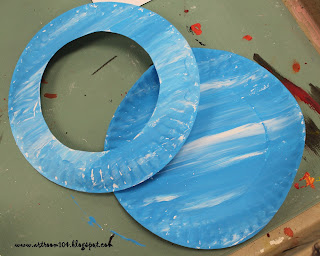 Then, on the second class period, I showed students how to use the paint scrapers.  They received two halves of Manila tag board.  On one, they painted fluorescent green and yellow, the other they used the fluorescent red and pink (some added a little yellow too).  Then I asked them to drag the paint scrapers through to make some cool texture and designs. 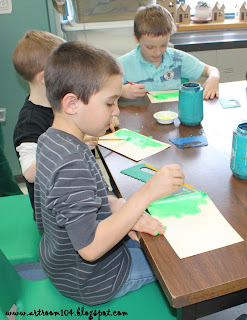 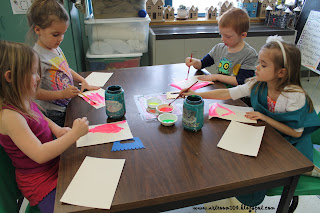 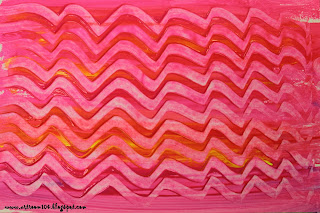 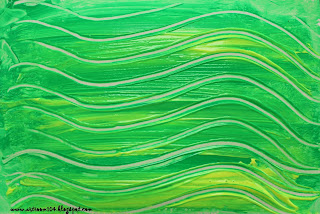 Next class, we will work on putting it all together.  This is one of those lessons where I AM going to have them use a pattern to trace the seahorse.  I will have them trace two seahorses on the back of the red paper.  I'll have them cut up the green paper into seaweed.  We'll glue those to the inside of the plate.  I'll probably run the hot glue gun to glue cellophane onto the plates with the holes and then to glue the plates together.  The last step will be to paint some glue on the bottom of the outside plate and sprinkle some colored sand on it!  I'll even let them glue on some sea shells. 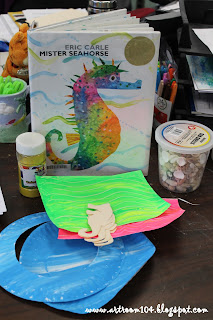