My first graders finished up their fossils over the last two days.  I originally saw this idea on Pinterest, which linked me to Panther's Palette.  Then, when I went to the NYSATA conference, Mrs. Matott had these in her Ceramic Celebration presentation.

To make our fossils look weathered, I mixed a little bit of powdered tempera with water.  Each table had one container of watery paint and each student took a tissue.  The paint dried rather quickly when it was applied to the ceramic fossils, so I just had the students use the tissue to blot it up if they used too much. 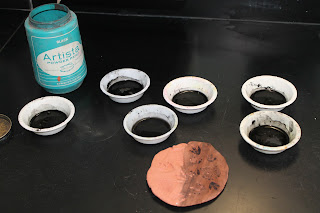 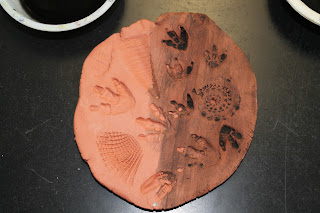 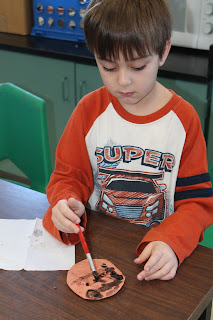 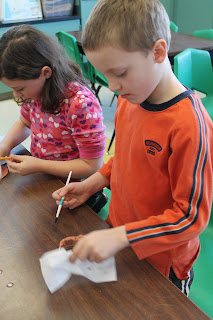 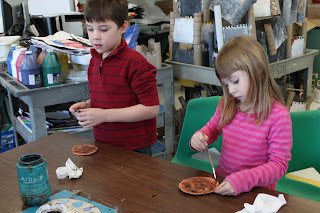 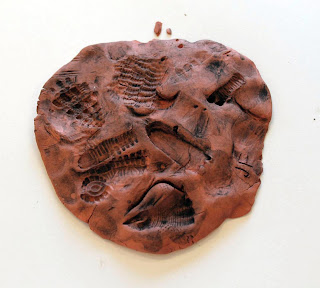 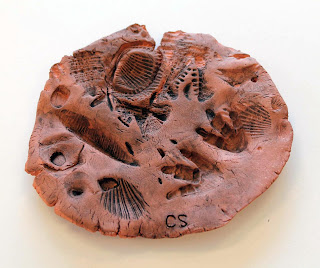 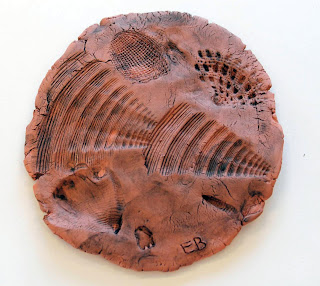 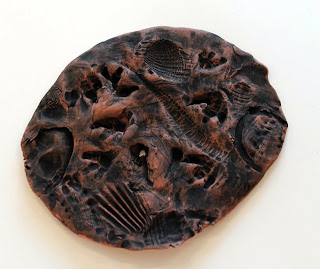 The day we used the clay and made the fossils was my first observation this year.  It went really well, but my principal was concerned that I was trying to focus too much on the fossils instead of the clay itself.  I was a little worried about the fossil vocabulary I was trying to get across (one class did really well with the words ancient, trace fossils, and petrified, but the class I was observed with didn't do so well with those words...) but it was the first time I was doing this lesson so I wasn't too worried.

To show that I'm reflecting on my lessons (that's Marzano's Domain 3!), I'm going to re-do this lesson at the end of the year as a review.  We'll go outside to collect leaves, grass and small twigs to press into the clay.  Then, I'll fire them in the kiln with the leaves still pressed in to replicate the process of carbon fossils for the students.
Posted by Mrs. Impey at 6:57 AM